"When you say B-Buzz to anybody, immediately there's this bond. I guarantee you some of those friendships still exist today." 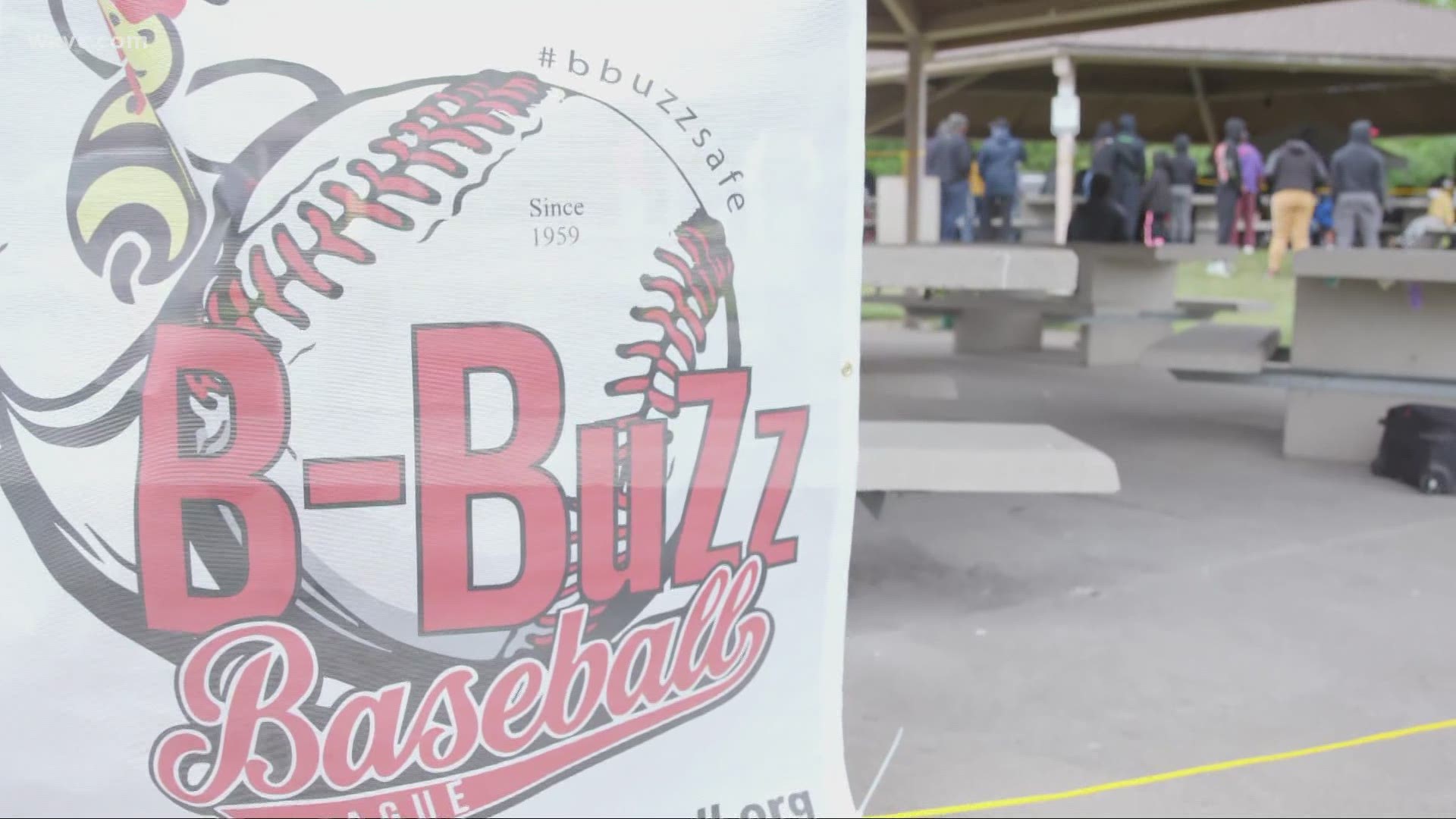 CLEVELAND — B-Buzz is an almost 70 year old neighborhood baseball league for kids aged 4-15 in the Lee-Harvard area. League Commissioner Wendell Fields knows the program's power firsthand - because he once was a participant. His mother signed him up to play back in 1973 when he was 9 years old.

The league, which was started in the late 1950s, was an integral part in the Lee-Harvard community until the 1980s, when the league dissolved. But in 2015, a new board of directors re-established the league, and this year, the lessons learned in B-Buzz will affect more young people than ever before.

"The funnest thing is about B-Buzz, is like to hit the ball and get the run," said player Jaiden Pittman.

His teammates Que Shawn Dunn and Jason Dowell both said their favorite part about participating in the program were the other players.

"The fun thing about B-Buzz is you get to meet new people have teammates that you don't know but get along with them."

And now B-Buzz has some big partners in their mission.

"Major League Baseball RBI program, they gave us equipment for the entire league," Fields said. "We got a call from the Cleveland Indians Play Ball network [too] it's been able to give us things that we never had before."

And Fields also uses his professional expertise as a substance abuse counselor to give B-Buzz participants things that will help them outside of the diamond.

By adding mental health, substance abuse and foster resources the lessons for these young people will go far beyond baseball field - and when it comes to the future of B-Buzz, Fields says he is already forecasting for the next 70 years.

"We need a one shop spot, we need our own complex. In that complex we could have maintenance crew on the first level with locker rooms and batting cages but the second floor would be the most important that would be our classroom area. That's the goal three to five years from now.

But in the meantime, the original goals of the program continue to resonate today.

"When you say B-Buzz to anybody, immediately there's this bond. I guarantee you some of those friendships still exist today."