The acclaimed duo behind the popular Lakewood restaurant is focusing on community amid the pandemic. 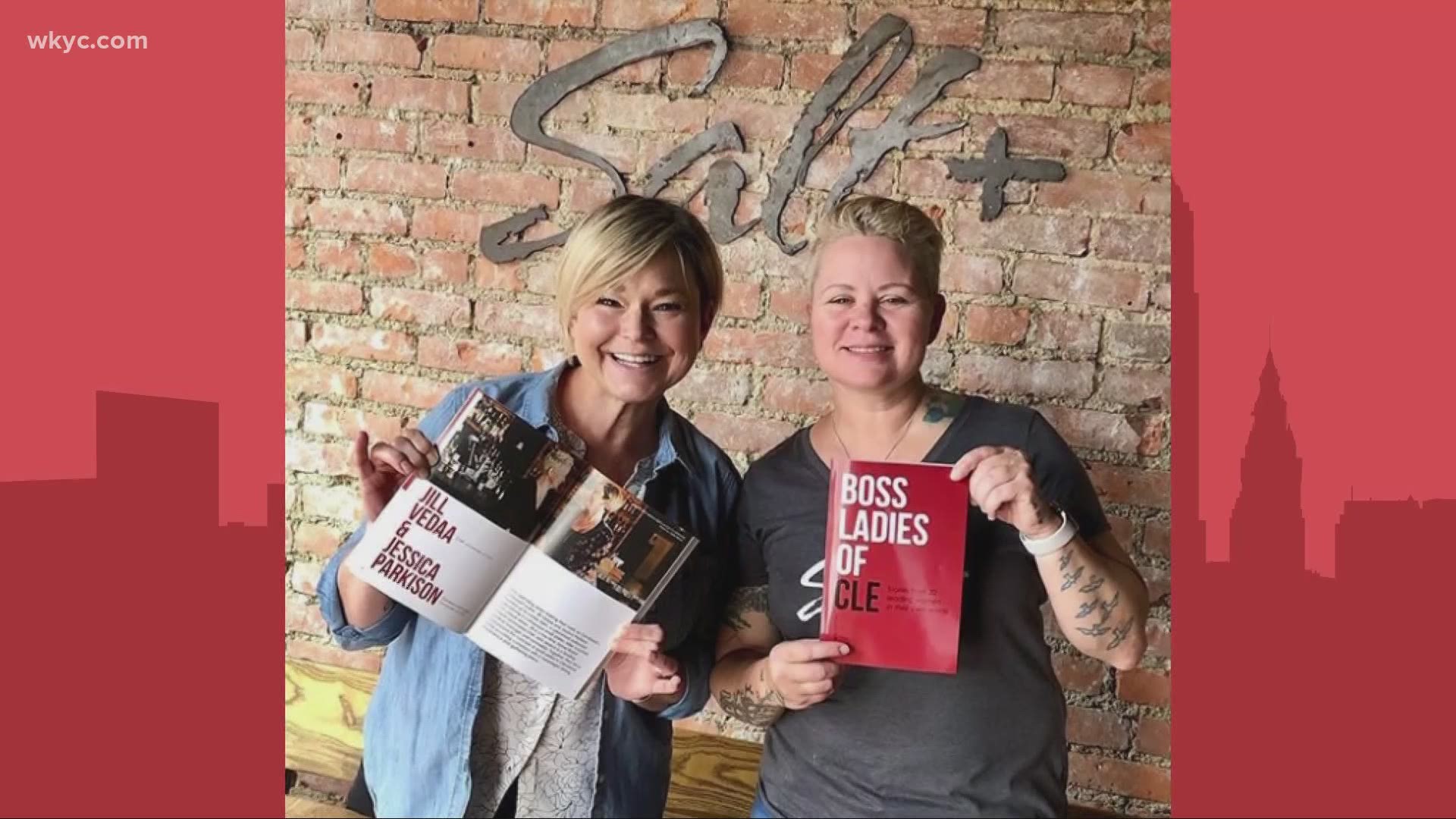 LAKEWOOD, Ohio — "A boss lady is somebody who boldly chooses her own direction. She gets stuff done, she often strays from the conventional path and blazes her own trail. She often works towards a higher purpose outside of her own personal success." - Maggie Sullivan, author of "Boss Ladies of CLE"

Jill Vedaa and Jessica Parkison were both longtime fixtures in the Cleveland food scene before they joined forces to create the acclaimed Lakewood restaurant Salt+ in 2016. They agreed on small plates, a stocked bar, and the idea of connecting over a great meal.

"One thing that we kept going back to is bringing the dining experience back to food and you know, not being on your cell phone and having those conversations with the people that you're dining with," Parkison said.

The duo were four years into a successful collaboration when the COVID-19 pandemic hit.

"Prior to March we were killing it," Vedaa recalled. "We were doing really well, and then you know, this virus hit, and we had a shutter for a few weeks and didn't really know what we were going to do and how we were going to get through it. [Now] I think we're eking by."

SALT+ received a PPP loan, brought back staff, and got creative with a family style meal concept in the spring – called "Table Salt." They later added takeout options, but 2020 has been tough.

"The restaurant business as a whole is very unpredictable," Vedaa added. "We don't know what tomorrow is going to look like."

Parkison and Vedaa say it all comes down to supporting your favorite local spots during this difficult time.

"People need to eat at restaurants, and I'm not saying just come to Salt+," Parkison said. "I mean you need to go to your local restaurants...and if you're not comfortable leaving, get take out, and don't do it from chains."

Salt+ has been a pillar of support for others too, launching Cleveland Family Meal from its parking lot. They offered up the items straight out of their pantry to help feed families in the arts and service industry who were out of work.

"Collectively, we just started doing it two days a week and we are still feeding people every Sunday here in the parking lot," Parkison told 3News.

And Salt+ is still committed to feeding the neighborhood, with its 21st menu just released and a patio with plenty of heaters to go around.