Volunteers from Special Spaces and the Jurassic World Live Tour came together to makeover a 6-year-old's bedroom into a Jurassic jungle. 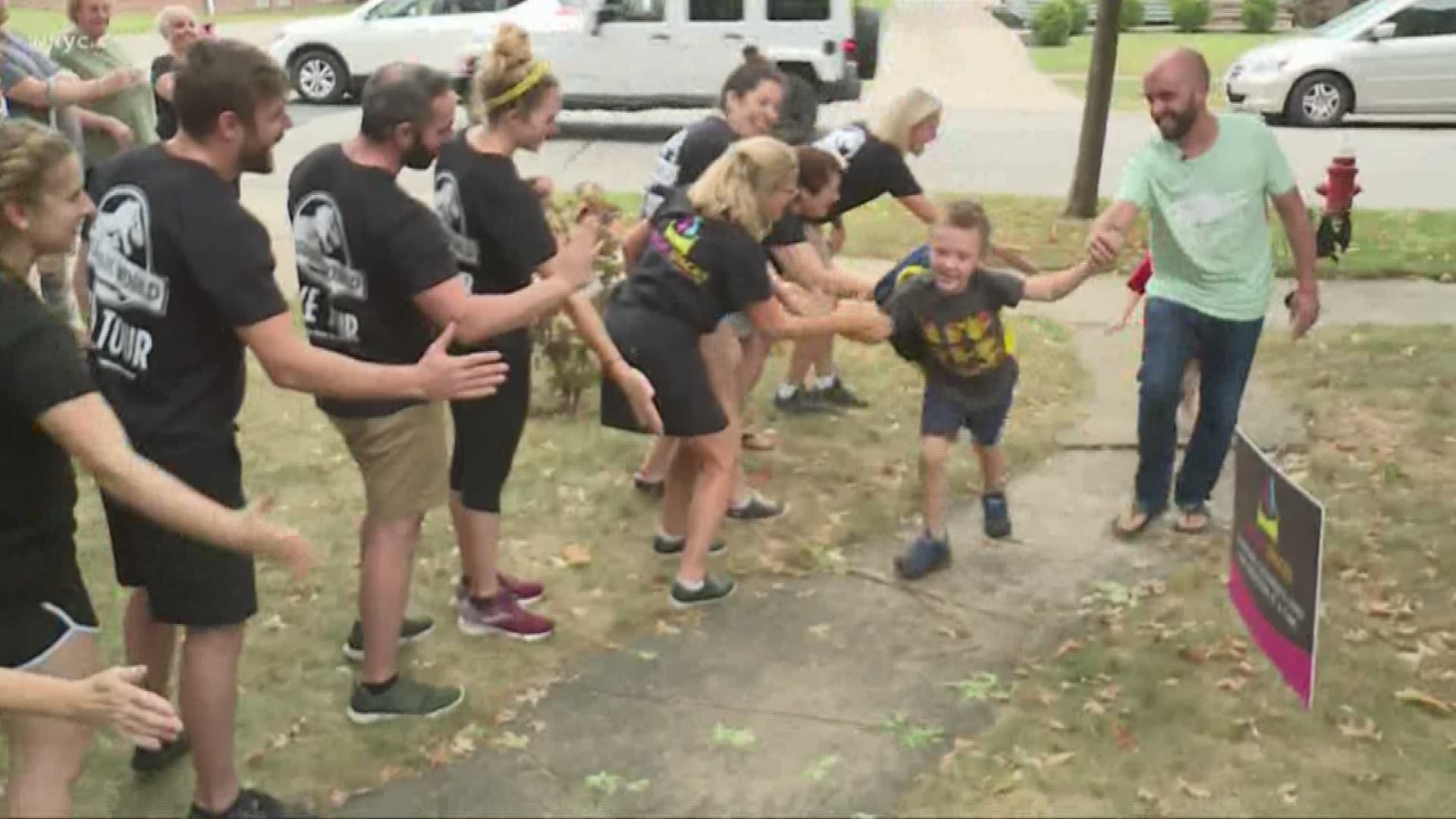 It may have looked like a typical day for 6-year-old, Ezra, however it was anything but. After waking up, getting ready, and catching the bus to school, a team of volunteers started transforming his room into a Jurassic jungle.

His parents, Mark and Sarra Boggs, were in awe of the whole experience. Sarra says, “It’s so awesome that all of these people came out. It’s so overwhelming.”

The volunteers were from Special Spaces in Cleveland and the Jurassic World Live Tour, which is in town for shows this weekend at Rocket Mortgage FieldHouse. The two organizations teamed up to transform the room of dinosaur loving, Ezra, into a scene straight from the Jurassic World show.

“We’re so excited to be here with Special Spaces. We are helping to transform a bedroom into a Jurassic world immersive experience,” says Brittaney Talbot, with Jurassic World Live Tour.

Every child deserves a comfortable, welcoming space that makes them happy, but it’s particularly  important for children fighting an uphill battle.

Shari Caruso, the director of Cleveland Special Spaces, says “Special Spaces decorates bedrooms for children that have cancer. It’s a place where they feel safe, they can recover and it’s just their own space however they want it to be.”

Ezra is suffering from an optic glioma brain tumor, but in meeting him, you’d never know.

“He is so, just vivacious and resilient. You won’t really catch him feeling sorry for himself or complaining much. He’s a sweet kid,” says Sarra.

Everyone was excited for Ezra to see what had happened to his room, but no one more than Ezra himself. In fact, he probably didn’t get too much accomplished at school today.

“I was thinking about it all day,” says Ezra.

As amazing as the day was for Ezra, the experience isn’t over. In addition to the bedroom makeover, he and his family are also going to see Jurassic World Live this weekend at Rocket Mortgage FieldHouse. The show is running from October 3rd through the 6th.