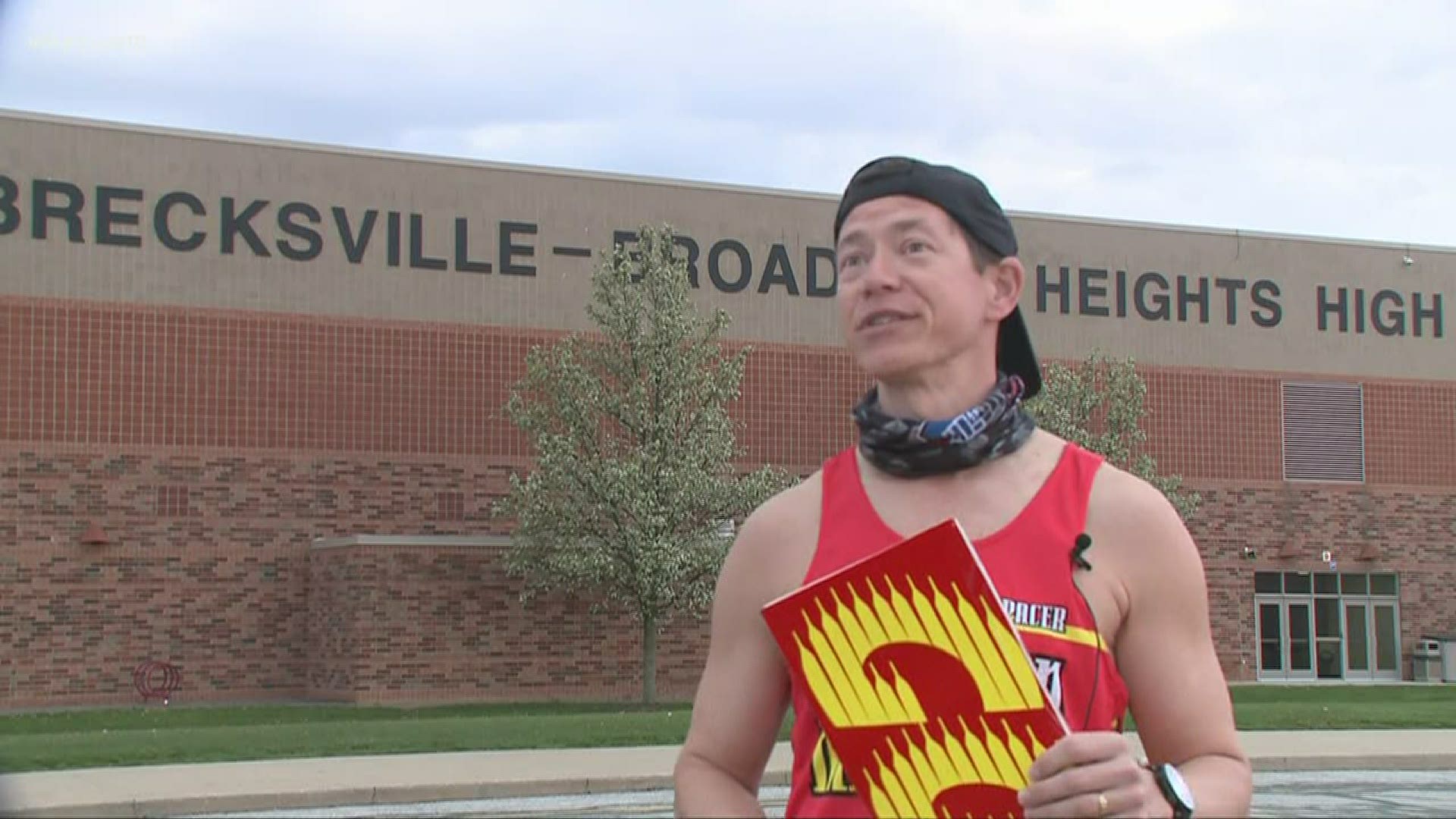 BRECKSVILLE, Ohio — The coronavirus pandemic led to the closing of Ohio schools K-12 at the beginning of March. Since the decision, both students and teachers have been left at odds with how to school year ended.

In an effort to boost morale, a local teacher decided to run a marathon through his student's neighborhoods.

On Sunday, Sean Brennan with the Brecksville-Broadview Heights school district hit the pavement and ran a full 26.2 mile marathon to show his students that they are not forgotten.

“Like a lot of teachers, it has been a challenge to find ways of keeping our students’ morale up during this stressful time. I want to prove to my students and the communities how much I care for and appreciate them,” Brennan said in a press release.

Decked out in his school colors, Brennan began his run at 7 a.m. and is set to finish at the school's stadium around noon. To view his route, click here.

Over the past 11 years, Brennan has run more than 90 marathons. At the start of the year, he set a goal to complete his 100th race before the end of 2020. So far, he's virtually competed in the Pittsburgh, Toledo, and Western Maryland marathons.

"This one will be much slower, as the communities are quite hilly, and I want to wave to as many folks as I can – maintaining social distancing, of course,” Brennan said ahead of Sunday's run.