“When those doors slammed behind me, I wanted something new." 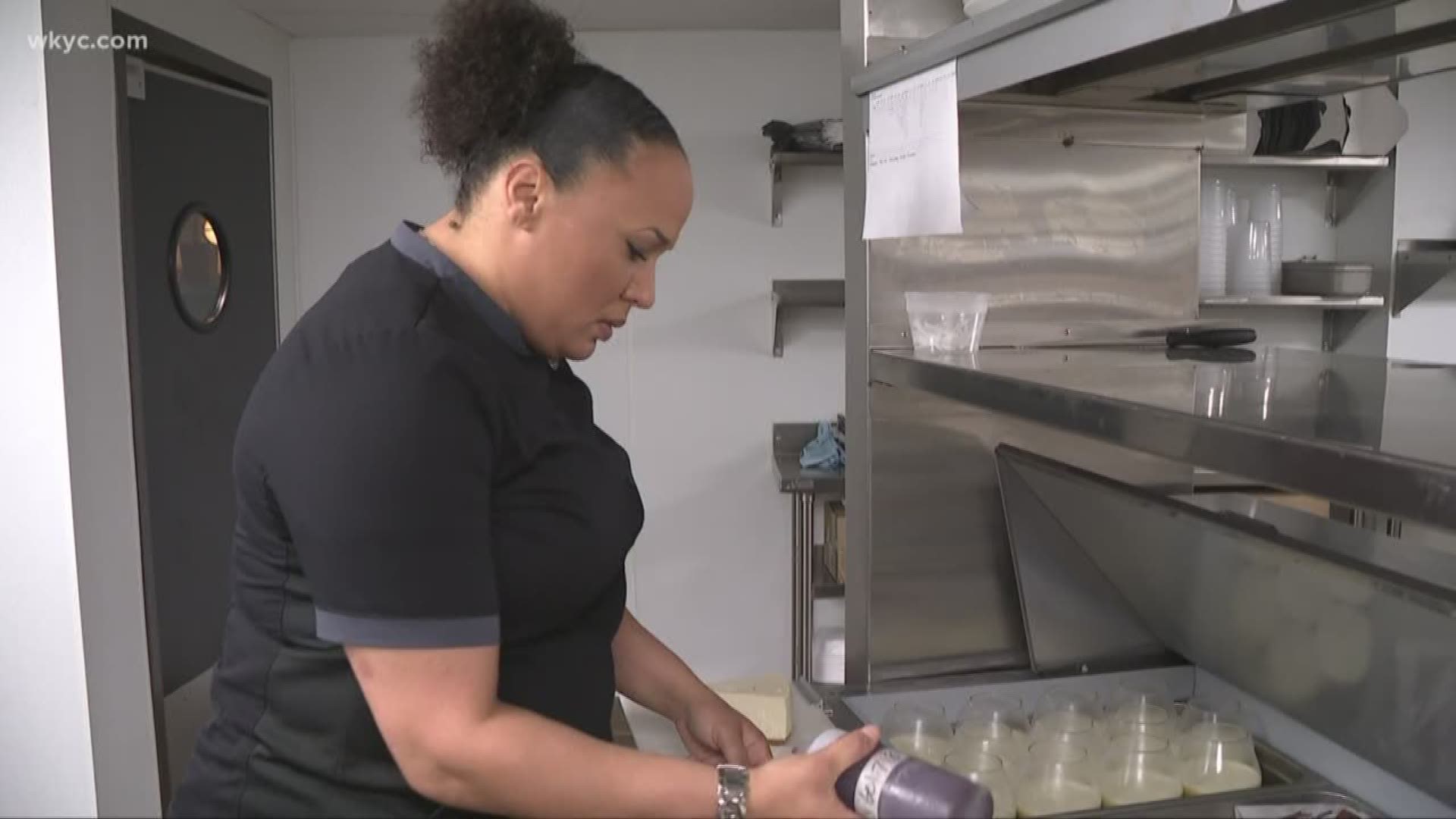 She has fed Khloe Kardashian, Jon Bon Jovi and LeBron James, with her desserts fetching top-dollar at one of Cleveland’s most spectacular restaurants.

Tye Delisle’s success is thanks to a big break; one that happened behind bars.

Four years ago, Tye Delisle went to prison on a parole violation, stemming from a drug charge. She vowed to never go back.

“When those doors slammed behind me, I wanted something new. This cannot be my life. I will not allow this to be my life anymore,” she said.

At the same time a new program was forming at Cleveland’s Lutheran Metropolitan Ministry. Called “Chopping for Change,” it was open to women at the Northeast Integration Center, the minimum-security prison where Tye was incarcerated. If accepted, she could leave during the day for intensive training in the restaurant industry; and she got in.

“I mean, I had a lot of time to spend on myself. Why not spend that time learning something that I loved to do?” Tye said.

“You know, businesses are realizing that ultimately they want to make money and they want to have the best workers possible, and this is an untapped resource for them,” explained Ian Marks.

Marks works with the ministry and knew the timing could not have been better. Inmate populations were soaring among women, up nationwide by nearly 700%.  And they often included repeat offenders such as Risha Anderson, who struggled with drugs, yet if treated and trained, had potential.

“The other two times that I was incarcerated, I got out and did the same exact thing that I was doing before I got incarcerated. So there was no changes,” Risha said.

But now her dreams and motivation have changed.

“I see that I’m going to be an executive chef. That’s my goal, you know, to run a restaurant and actually be the executive chef,” said Risha.

Little more than a year out of prison, Tye has achieved her goal. Now the lead pastry chef at the Marble Room, one of Cleveland’s most upscale restaurants, she has an income, benefits and three assistants.

“I wanted to excel, but I didn’t think it was going to come that fast. If you really want something bad enough, you can get it. You just have to work really, really hard to do it and we have,” Tye shared.

At any given time, “Chopping for Change” has anywhere from 25 to 50 students who work in a public café and prepare roughly 2,000 meals a day for shelters.

Putting in long days, more than 150 women have graduated, receiving certifications. But as instructors point out, the benefits aren’t just in the workplace, but at home.

“Knowing how that’s going to carry through, through generations. That’s what we really have to remember. It isn’t just right now, it isn’t just today. It isn’t just the next five years. These women are setting the pattern for generations to come. Imagine what she will do for her kids and those kids,” explained instructor Laura Campbell.

Soon their stories will be featured in a new documentary about women who broke a cycle in prison, cooking from the heart and creating a fresh opportunity.