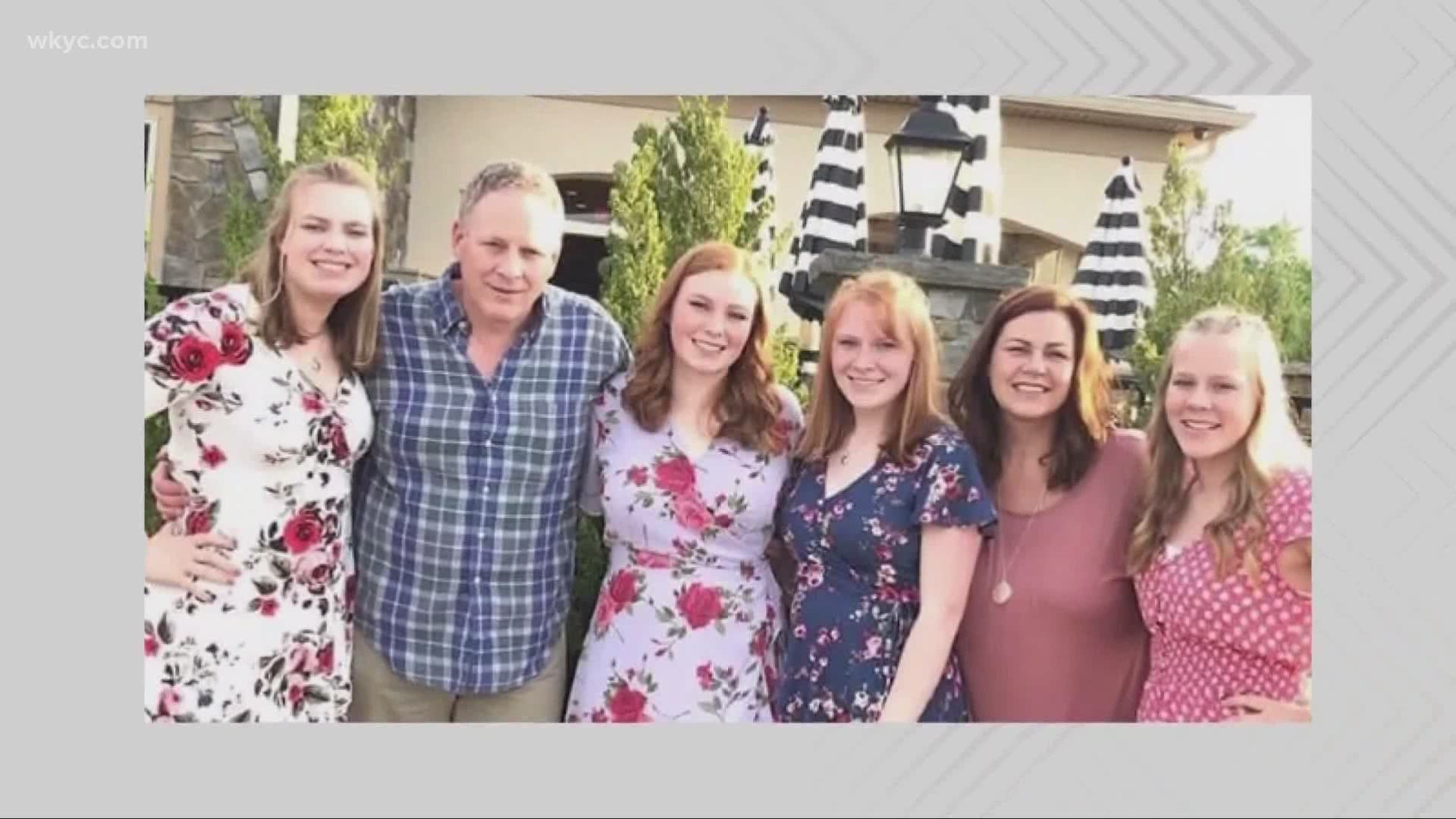 BEACHWOOD, Ohio — When we first met assistant nurse manager Jeff Woolf, he was working the COVID-19 testing lines for Cleveland Clinic. At the time, he stayed away from his family for three months to avoid the risk of bringing the virus home.

He reunited with them on Father's day, but six days later, what he feared came true: He had contracted the coronavirus.

"It's an awful condition, and I don't want anyone to take it light[ly] because you don't know how severe you're going to get," Jeff told 3News.

It started with headache and fatigue. He knew to get tested, and stayed away again while awaiting results.

But it was too late. The virus had soon spread to his family.

"As soon as I started getting symptoms, they escalated really quickly," 15-year-old daughter Annie recalled, adding her symptoms along with her mom's started with headache and fatigue. She then remembers feeling heavy and lightheaded each time she tried to get out of bed.

"I had a lot of aches and pains and just tired overall," 18-year-old sister Mary, who also developed a fever, said. "I just woke up one day and my head was hurting and I was getting body aches and feeling really lousy and by the end of the day I had a low grade fever. My fever lasted about four or five days, it never got super high but the whole time I was super scared that I'd get worse and end up in the hospital."

Mom and wife Cori says she got it the worst.

"I was scared to death that I was going to end up in the hospital," she remembered. "I had 12 days straight of fever, and it hurt to breathe."

"It was harder to breathe, but it took a full week or two before I started feeling like myself again," she said.

"I had a pretty bad dry cough," she said. "I did lose my taste and smell pretty severely. I'm only just starting to get it back now."

The biggest fear was for oldest daughter Megan. The 20-year-old has a rare autoimmune disorder, neuromyelitis optima, that requires chemotherapy.

When she was diagnosed in 2016, she had to isolate at home for two years. This time, she's the one who left home to stay safe.

"It's crazy because we were all wearing masks and we've all been super cautious and careful," she explained, "but that just goes to show even if you're careful it can still affect you," Megan said.

As soon as Jeff thought he might have it, the entire family separated to different parts of the house, which may be why Megan didn't get it. Her sister Emily wants people to understand COVID-19 affects people differently, and just because her family had relatively mild cases doesn't mean other people can fare far worse. It's why she and her family hope people take the guidelines seriously.

Jeff lost three weeks of work trying to recover. Now, just over a month later, the family is still feeling the after effects, mainly fatigue.

"There's also a heat intolerance that we're going through so we just get winded faster I guess," Annie added.

Jeff believes he's likely the one who brought the virus home, but he has no idea how. He was back managing the Clinic's Beachwood Surgery center as an assistant nurse manager when he became sick, no longer on the COVID testing line.

While Jeff can't change what happened, he and his family want to be cautionary tales for others. This could have been a very different story if they didn't protect Megan.

Jeff's also planning to give something else that the virus left behind.

"Since I did come down with this and I recovered from it, I'm going to donate plasma," he said. In case there's any immunity I now have, it may be able to help someone else."