Cleveland Heights native, Super Bowl Champion Travis Kelce continues to win both on and off the field

It's easy to be proud of this standout hometown guy. 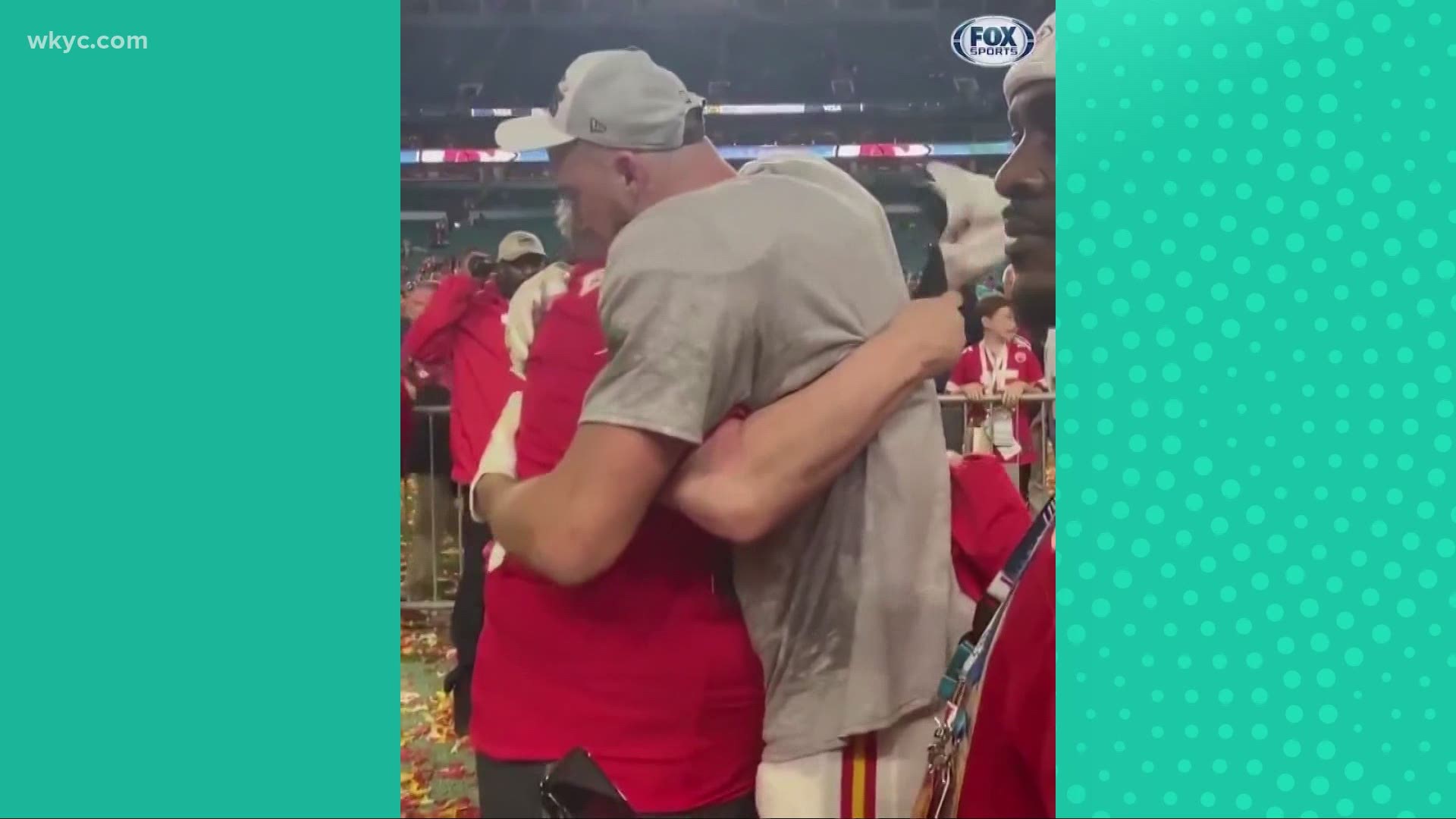 All the while, he’s giving back to the community and making sure children are inspired to be the best they can be.

“He was a standout kid because he was the biggest kid in middle school,” said Jones. “He was like a practical joker [and] he always wanted to have fun but he took care of his business because his dad was always about business.”

Travis’s father, Ed Kelce tells 3News that he’s always been proud of Travis, no matter what life threw at him.

“He's just a good kid, he really is, he's made his mistakes, he paid the price for those mistakes and made his way back,” said Ed. “And he loves Cleveland Heights. He will tell you there's no place he'd rather grown up. If you've ever seen him introduced before a game on TV, Travis [will be introduced as] Travis Kelce, Cleveland Heights High School."

Travis’s mother Donna Kelce says her son has always been generous and he continues to make her proud each and every day.

“It's just surreal, it really is. I’m very proud of his accomplishments more-so off the field than on,” said Donna. "They understood that there were some people who didn’t have what they have, they didn’t have the mentors or finances in order to get the equipment they needed in order to follow their dreams.”

That is the reason why Travis started his foundation: Eighty-Seven and Running. According to the foundation website: Travis Kelce started Eighty-Seven & Running because of what he saw during his childhood.

Growing up in the diverse suburb of Cleveland Heights, Ohio, his community transcended normal economic and cultural boundaries; merging rich and poor, black and white, and different religious affiliations into one big melting pot. Because of this he noticed some of his closest friends didn’t have the same family structure he was blessed with, and weren’t able to enjoy the same experiences.

"This is a dream of his to be able to be a change agent in the city that he plays in. I think it's just one bucket list item of his that's he's been able to see come to fruition,” said Donna. "I still consider him my son who is eight years old in my heart, you can't ever stop thinking about that."

His former coach Jones agrees saying, "As he got older he really realized that the community was so behind him and wanted him to do well and his passion for the community is off the chain."