Chase Sloan, 15, had a dream to create a cookbook for many years and today, that dream is now a reality. 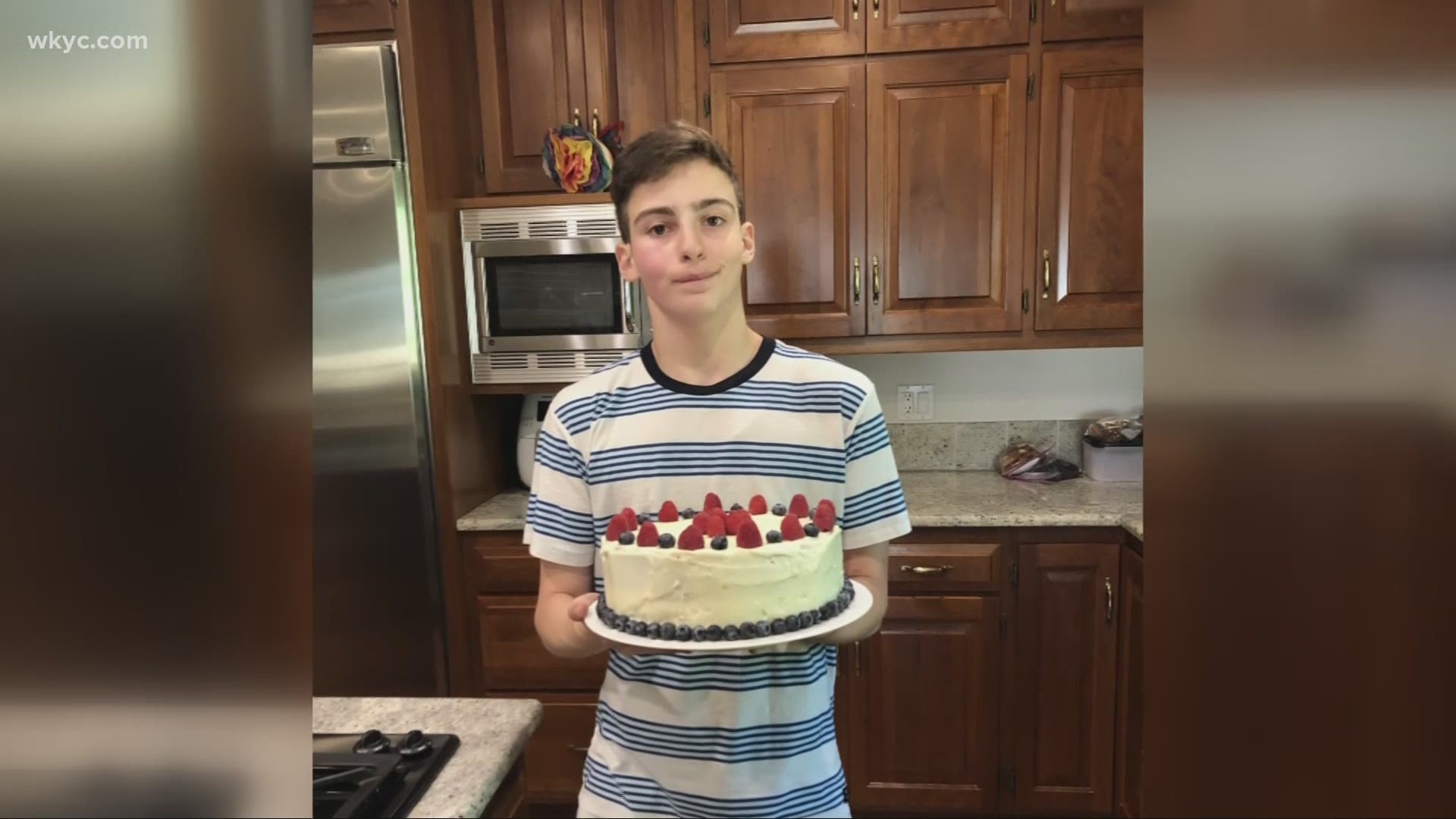 CLEVELAND HEIGHTS, Ohio — A Cleveland Heights teenager is using his baking skills and determination to make a difference in the world of cancer research.

Chase Sloan, 15, had a dream to create a cookbook for many years and today, that dream is now a reality.

His book, Cakes for Cancer is available through Amazon as an e-book or paperback. Sloan is donating 75% of the proceeds to the American Association for Cancer Research and St. Jude Children’s Research Hospital. It is a passion turned into a big project for this 15-year-old.

Sloan says he was inspired in the kitchen thanks to his family friend, Anne. She kept a meticulous Italian kitchen and Sloan adored learning the art of baking, sharing stories and creating memories with her.

“There was definitely a really intense happy vibe coming from her it almost radiated through the kitchen. You could tell that cooking, especially for others, made her feel really good,” said Sloan.

Unfortunately, Anne lost her battle with breast cancer in 2019 after a long 26 year battle.

Sloan says he learned many recipes from Anne and now he wants others to recreate them in her memory.

“Working with Anne and seeing how much detail and thought she put into the food made me amplify that food can bring people together and feel so many emotions,” said Sloan. “It makes people feel good.”

You can find Sloan’s book right now on Amazon.