Robert Madison has quite a story to tell with 97 chapters filled with highs and lows. 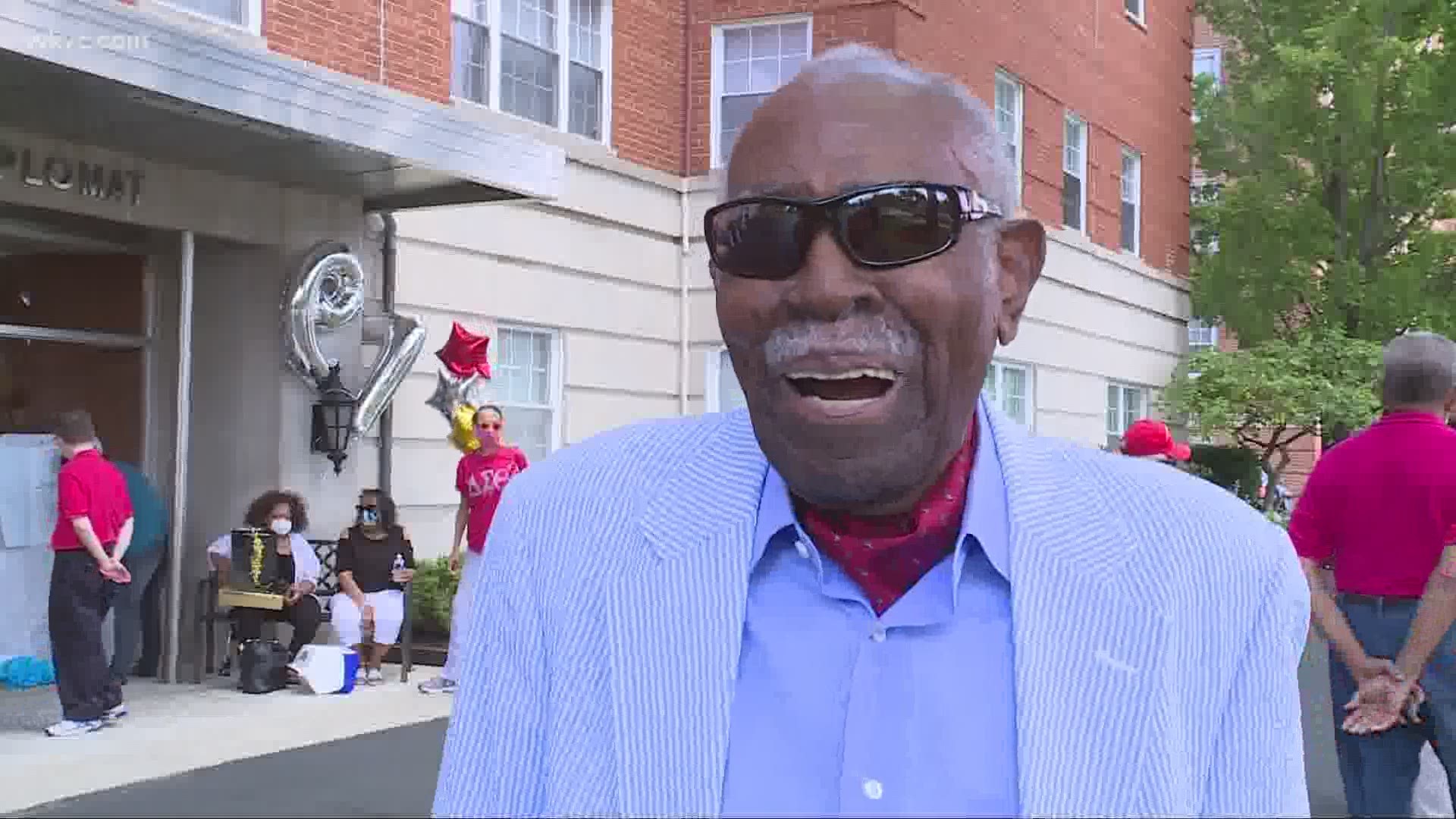 Friends, family and fraternity brothers of Robert Madison came together from near and far for a surprise drive-through parade Tuesday in Shaker Heights.

The parade was sponsored by Alpha Phi Alpha fraternity with help from Sigma Pi Phi Fraternity.

"I've been around a while so to have this happen on my 97 birthday, it is memorable,” said Madison. “This is a surprise and I am very, very happy.”

Madison has quite a story to tell with 97 chapters filled with highs and lows. He is a World War II veteran who was wounded in battle and given the Purple Heart Medal.

"I was wounded in action on December the 26th when a shell from a German 88 mm weapon hit my big jeep and threw me out almost killed me but I survived."

Madison was also the first African American architect in Ohio and tenth in the United States.

"Well, somebody had to be first. Someone wrote me a letter and said you are the Jackie Robinson of architecture,” said Madison.  “It was hard work.”

His accomplishments are far-reaching in many ways, having been the architect for the Rock and Roll Hall of Fame, Cleveland Browns First Energy Stadium, Concourse C of Cleveland Hopkins Airport and many institutions throughout Northeast Ohio. He was as also architect for the U.S. Embassy building in Dakar, Senegal.

At age 97, he is still active and involved with Cleveland Orchestra and Cleveland Museum of Art.

"I tried to be some kind of a role model for young people, because we need it at this point in time."