Catching up with 3News Special Correspondent Emily Mayfield and her husband, Browns Quarterback Baker, as they stay busy and active during these unusual times. 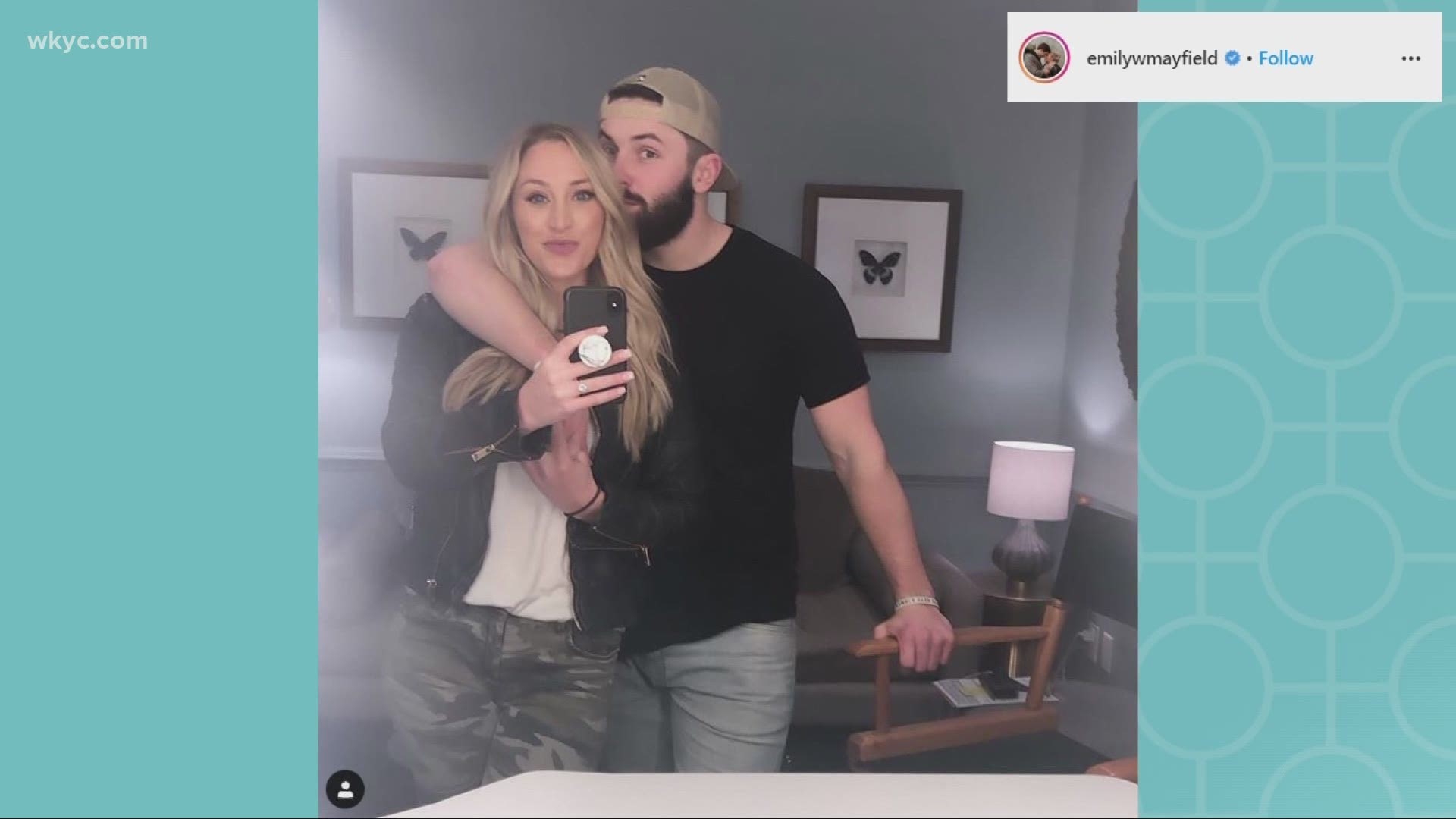 CLEVELAND — Like so many couples, 3News Special Correspondent Emily Mayfield and her husband, Browns Quarterback Baker, are spending a lot of time together lately.

"He cannot sit still, it's like has to be doing something! He needs to be entertained or doing something or moving around" Emily joked to 3News anchor Jay Crawford.

The Mayfields are spending these unexpected times in Texas - where they plan to set down roots in the off-season.

Although training schedules may be delayed, both Mayfields are finding ways to stay active.

"The garage has turned into the gym so [Baker's] still able to get you know his band work, his weights, his normal stuff like that," she explained.

"And then the other thing that we spent a lot of time doing is landscaping... just kind of seeing what we can do."

And just like so many of us, they're navigating at-home grooming as well.

"Oh, [my hair] is outrageous right now," laughed Baker when he popped into the interview to say hello.

"I offered to cut his hair, but he shot me down real quick. He doesn't trust me," Emily laughed.

Luckily Emily has some D-I-Y projects of her own, keeping her busy during this time. She's repurposed some old dock furniture and has been sharing her projects with her followers on social media.

The Mayfields are also making sure to give back during these difficult days, with a generous donation to the Cleveland Food Bank.

"It's no secret that Cleveland's been awesome to us and so when this whole pandemic kind of hit we knew we wanted to do something to give back to the community," Emily said.

We are so blessed to be in a position that we're in and there's so many people taking such a massive hit... and so it was important to us to do our part."

Emily says they're both looking forward to getting back to work here in Northeast Ohio, telling 3News that Baker is particularly excited about the upcoming Browns season.

"He is so excited. I think the thing he's really focusing on, and what he feels like he maybe lost last year was just going out there and having fun. I think that's the fire we saw his rookie year, so I'm excited too."

But until then, she says, we're all in this together.

"I think the important thing to remember is that this too shall pass. There's always light at the end of the tunnel and don't forget that everyone's in this together everyone's affected a little bit differently but it's happening to all of us - and it's the perfect time to ban together, lean on loved ones and strangers alike when you need it and just keep smiling. It's gonna get better."

RELATED: Mike Polk Jr.: Have you tried the 'patience challenge' with your kids?

RELATED: Healthy at Home: How to keep eating right during quarantine