Clevelanders in Quarantine: catching up with Kathryn Hahn 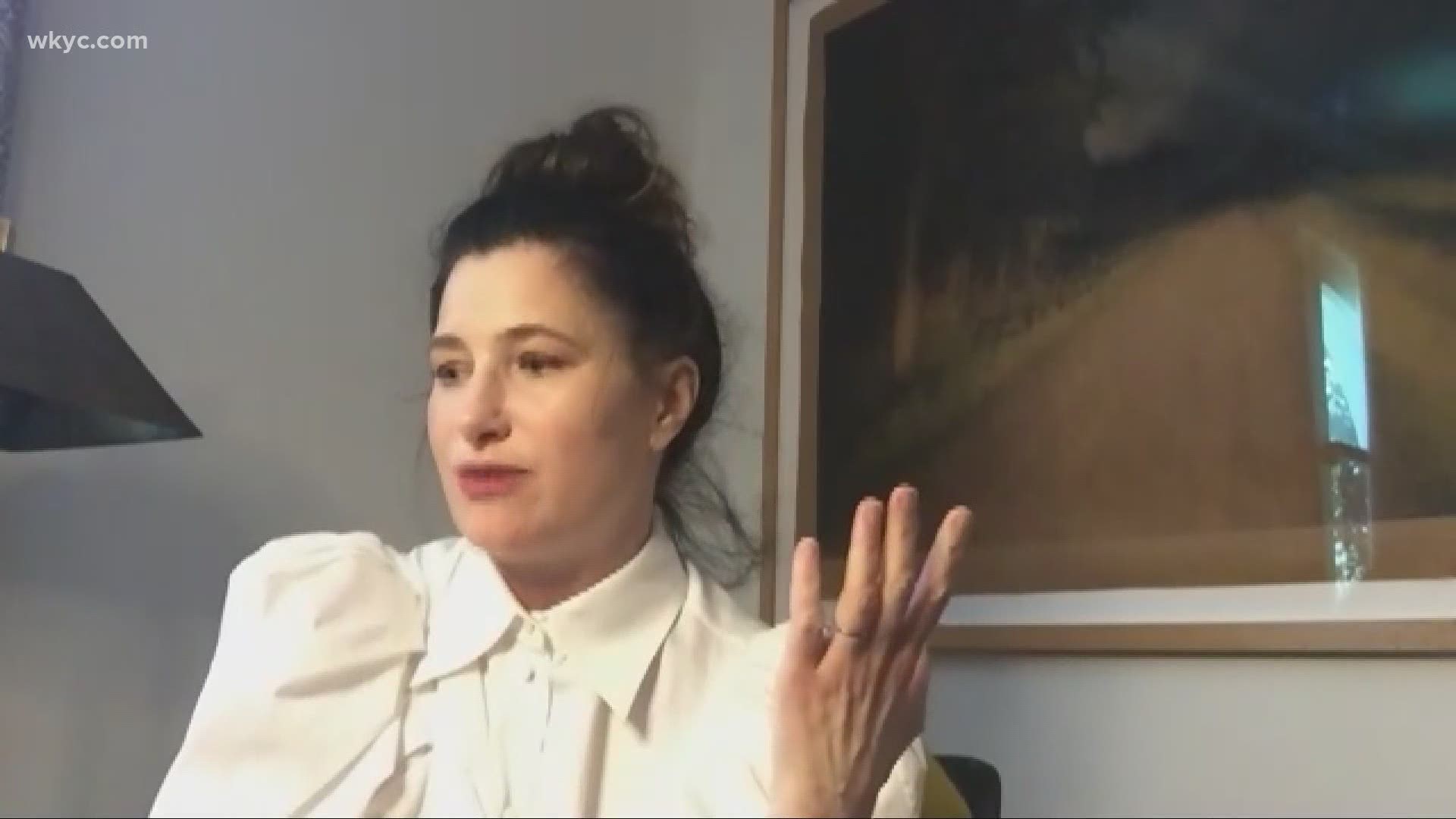 CLEVELAND HEIGHTS, Ohio — Long before actress Kathryn Hahn was stealing scenes and landing acclaimed roles in Hollywood, she was known as "Jenny" on WKYC's own children's show "Hickory Hideout."

"I just remember my dressing room was next to Leon Bibb’s! Like, that was like just the coolest, that was like, my childhood," said Hahn in a recent Zoom interview with 3News' Betsy Kling.

The Cleveland Heights native is now based in Los Angeles, where like so many of us, she's spending a lot of time at home with family these days.

"We're fairing like anybody else. I think we might be responsible for the flower shortage, we've been personally responsible," she laughed.

That's not to say she's not incredibly busy - with two buzzy new series hitting screens this month, including the new HBO miniseries I Know This Much is True.

"I Know this Much is True is an adaptation of the novel by Wally Lamb, of the same name, and it's a very powerful novel, a very moving novel to me. [One of] the reasons I had wanted to do it was a because it was Mark Ruffalo playing the twins, who I think is so extraordinary," Hahn said.

"I also have a personal connection with mental illness and my own family, that I knew that there was going to be such an empathy towards that, and and I think that storytelling is such an empathy machine."

She's also part of the star-studded cast of Central Park on Apple TV +.

"It's an animated...musical and...I really I'm still stunned at the talent that is involved in this show," said Hahn.

"First of all, I'm really good at karaoke," she joked.

"But I really couldn't believe it is Leslie Odom Jr. and I play husband and wife, who you know from Hamilton, and then Titus Burgess who's like an incredible singer...and Kristen Bell!"

"t's all so funny and just just enough edge for the grown-up to laugh, but just enough like heart...the songs are so beautiful, and I just could not be more proud of it. It couldn't come out at a more perfect time and I just think it is a magical, magical show."

Despite a booming career, Hahn told us, she still feels close to her Northeast Ohio roots.

"I miss Ohio so much and I just want to start crying thinking about the kindness that I've been hearing coming out of that that beautiful state. And also to my mom and my dad and my uncles and my cousins and to everybody over there, I love you so much as well and I cannot wait to step foot on that beautiful grass at some point in the future."

And it's clear, pride for her home state remains strong.

"I was so proud of Ohio for taking it so seriously so early on. I had such Ohio pride, and it shows how seriously you took it like I I am so in awe and so proud, and sending so much love to all of the all of the essential workers in Ohio - all of the health care workers, anybody that is putting their health on the line for the good of everybody."

RELATED: Clevelanders in Quarantine: Catching up with Joe Russo