Clevelanders in quarantine: Catching up with Steve Harvey

3News' Russ Mitchell talks with comedy legend Steve Harvey about staying home, giving back, and how Cleveland is the foundation for his success 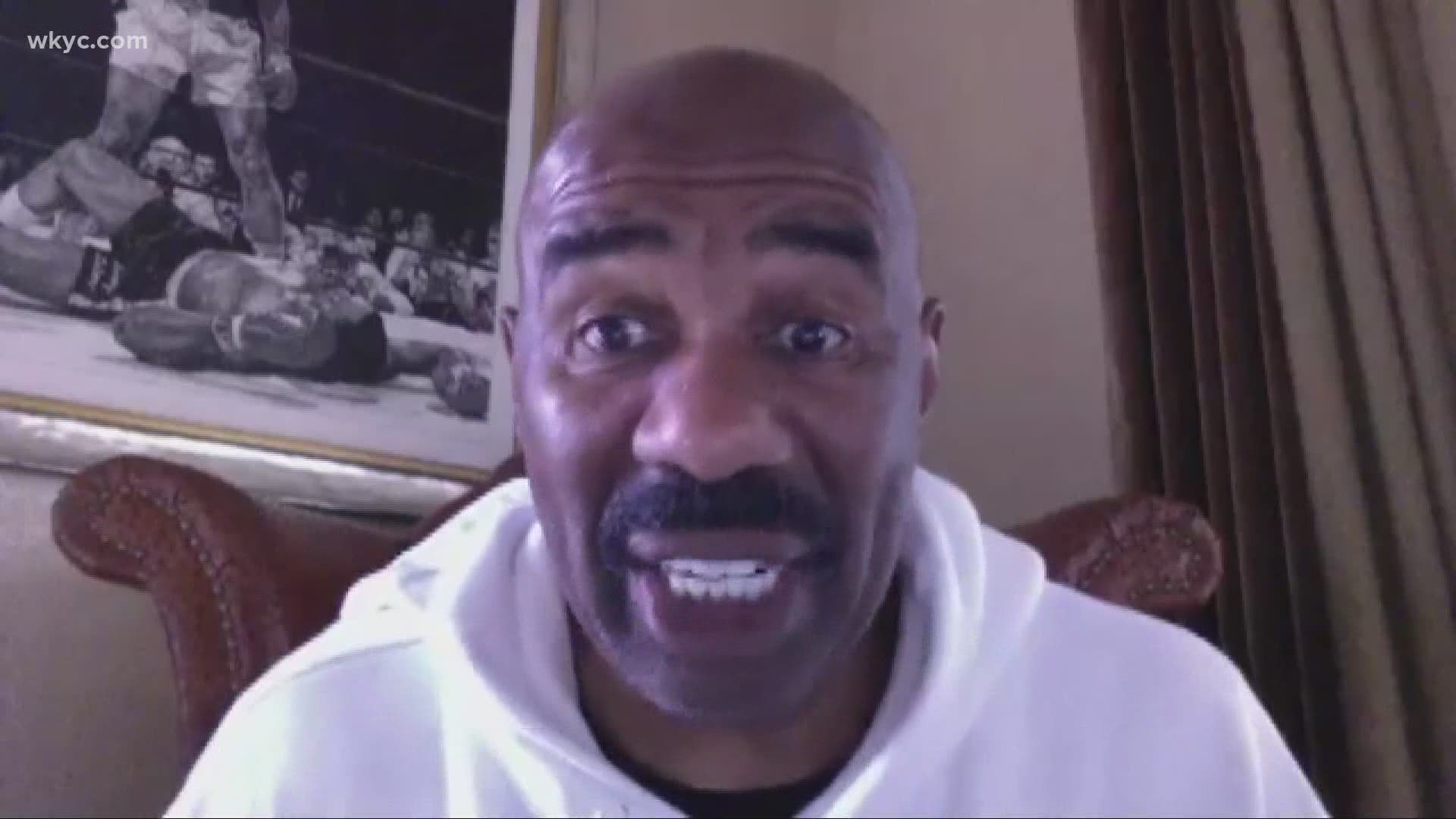 CLEVELAND — The sound stages of Hollywood are a long way from the streets of Cleveland, but Steve Harvey's heart is never far from home.

"I miss the grit sometimes, you know, I grew up all on 112th and Superior, I went to Glenville High School...I'm in the glitz and glam business now but I miss the grit of Cleveland," Harvey told 3News anchor Russ Mitchell.

Harvey has turned a successful stand-up career into an impressive entertainment empire. But it seems the current coronavirus pandemic has finally forced him to slow down.

"I have not been out of the house since March 15…I don't go to the store, I don't go for a drive, I've been home the entire time," Havey said before joking, "You know cause my wife is the president of the Center for Disease Control -she thinks she knows everything."

Harvey told us, he's trying to remain optimistic during these trying times.

"I chose to look at the glass kind of half-full. I'm all taking this time to refresh and replenish. You know, I worked so hard, so many hours, man - I'm actually taking some time to get in shape, [and] learning how to cook a little."

He's also making time to give back, through his mentoring program.

"It's called mentoring Mondays, you know, I got a mentoring camp for boys that I've been doing every year. So...some boys who have applied for the mentoring camp... and they act like they're gonna interview them, and then all of a sudden I get up and I show up on camera and it kind of throws them," Harvey explained.

"I'll give him a chance to ask me...you know, if they had a father in their life what would they want to know. It it leads to some pretty good stuff and it's gone viral now."

Harvey is also using that virtual connection to reach back to his roots - with a virtual graduation for some students and teachers at his Glenville High School alma mater. A place he says, is the foundation for his success story.

"If it wasn't for Cleveland, wasn't for Glenville, if it wasn't for the toughness of that, I wouldn't have survived the way I have out here in his business and been as successful."

Asked if he had a message for his fellow Clevelanders during these uncertain days, Harvey said we just have to stay tough.

"I've know it's difficult, I know it's challenging...but we're gonna get through this just like we got through everything else. We're Cleveland!"

RELATED: Steve Harvey awards 8 students scholarships to Kent State, where he himself was once a student

RELATED: Steve Harvey says he nearly teared up when the Cleveland Browns tied the Pittsburgh Steelers