How far would you go to be there for your child? A father fought through multiple operations and rehab stints to escort his daughter down the aisle. 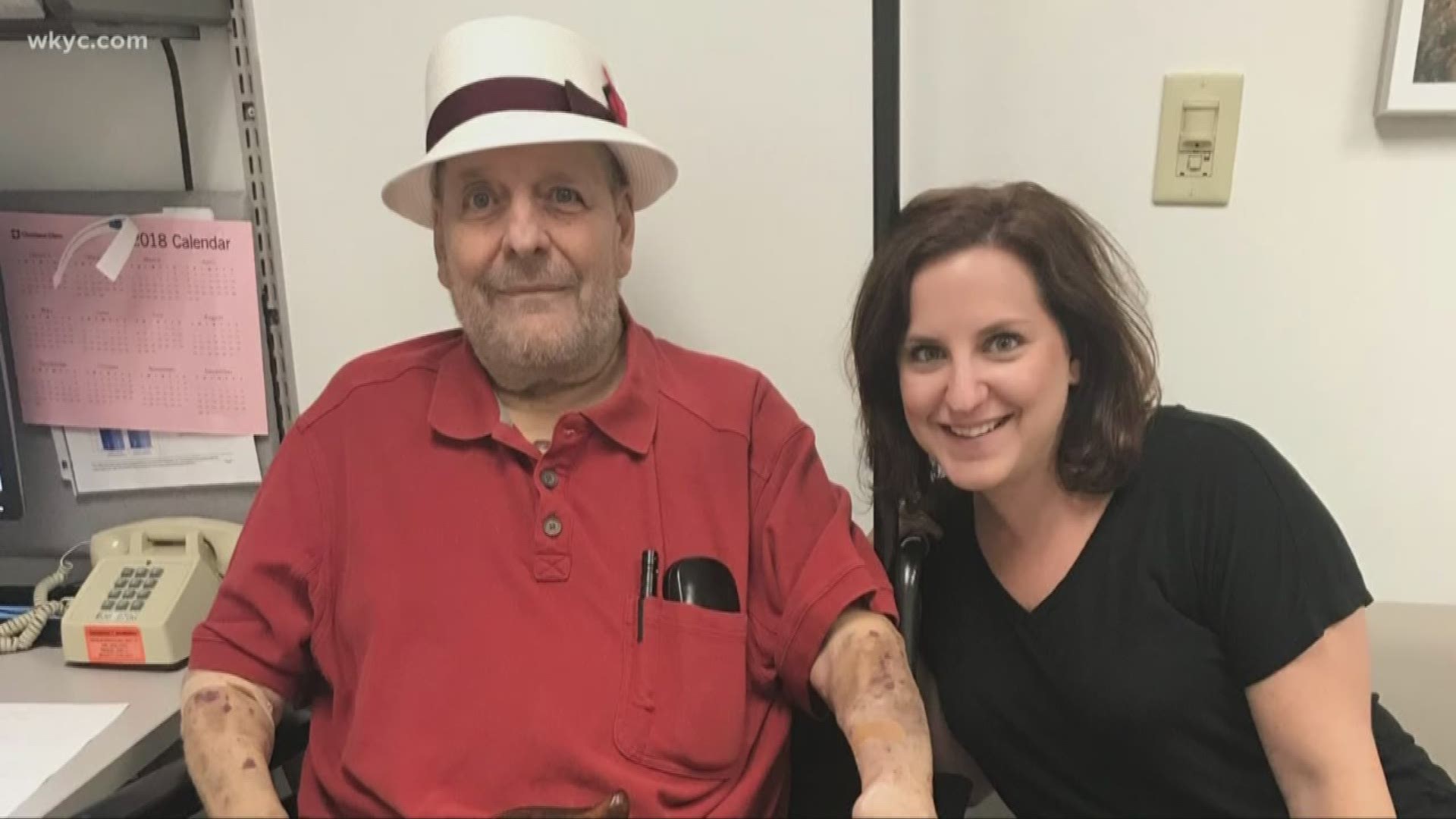 Randi Voelkel has a glow about her when she talks about her husband. “Everybody loved Bob, everybody. I mean, he was just the nicest person in the whole world,” says Randi.

When she says everybody, she’s certainly including herself in the list. After dating Bob for just 6 weeks, Randi agreed to marry him.

Randi continues, “This past May, we celebrated our 40th wedding anniversary.”

Randi adds, “Well, she’s our only child, you know. So, they were two peas in a pod. He was there for her whenever she needed, because she was his little girl.”

As much as everyone loved Bob, his body unfortunately did not. His health issues started with rheumatoid arthritis, then primary sclerosing cholangitis. He started getting a lot of infections and a heart blockage. Then Bob was diagnosed with septic and needed a liver.

“Bob was the nicest guy in the whole world with the worst health genes,” says Randi.

As the conversation surrounding a liver transplant began, Bob objected, saying he’d lived a good life and didn’t want to take a liver away from someone else that may need it. Then, despite his objections, daddy’s little girl stepped in.

Once Gina was finally able to get her father to cave and agree to accept part of her liver, he went to the Cleveland Clinic for the operation. It became a place, he’d become all too familiar with. Over the course of the next year, he had 3 operations and 5 stints in rehab. He kept fighting through it all, with one date in mind.

“His daughter, Gina, her plan was to be married in August. Through the entire course of his rehabilitation, he knew that he wanted to be there and walk her down the aisle and dance with her,” says Dr. Jeff Thompson at the Cleveland Clinic Rehabilitation hospital in Avon.

Dr. Thompson oversaw all 5 stints of Bob’s rehab and says despite everything, including a kidney failure and transplant, a broken hip and more infections, Bob was focused on Gina’s wedding and just kept fighting.

Randi remembers when it became apparent that Bob would have to use a wheel chair to get around. “He was practicing a wheel chair dance, because he wasn’t strong enough to stand. Even though he had bad genes, he had a very strong constitution.”

Gina remembers the battle well. “He was a fighter. He was going to do whatever he could to have that moment and make it special and be there for that. He really did work hard.”

Bob and Randi became so close with Dr. Thompson through Bob’s rehab stretches, they invited him to the wedding. When the big day finally arrived, all of Bob’s work was about to pay off.

“When you see someone go through literally 100 plus days of rehab with one goal, it proves to me that anything is possible,” says Dr. Thompson.

Gina remembers how happy her dad was during the wedding. “I don’t think that I’ve ever seen him have that much fun before. He was out there talking to people. He was dancing. He had a great time and I’m just glad that we could give him one last party at the end.”

Sometimes in life, it’s just one thing people are holding on to, one thing driving someone to persevere through it all. For Bob Voelkel, it was being there to give his little girl away.

“He wheeled her down the aisle. He danced the dance with her. He had an amazing time all night. He came home and passed away 34 hours later,” recites a choked-up Randi. “He did everything that he wanted to do.“

“It was a terrible feeling,” says Gina. “We were actually on our honeymoon at the time. We were there for a total of 14 hours before we had to come home, but I’m glad that he got to do everything that he wanted to do.”

Everybody loved Bob and Bob loved everyone else, but what he felt toward his daughter Gina, was something even more.

“Its amazing that he held on and wanted to hold on long enough to give me that moment,” says a smiling Gina with glassy eyes. “I’m always going to be daddy’s little girl.”