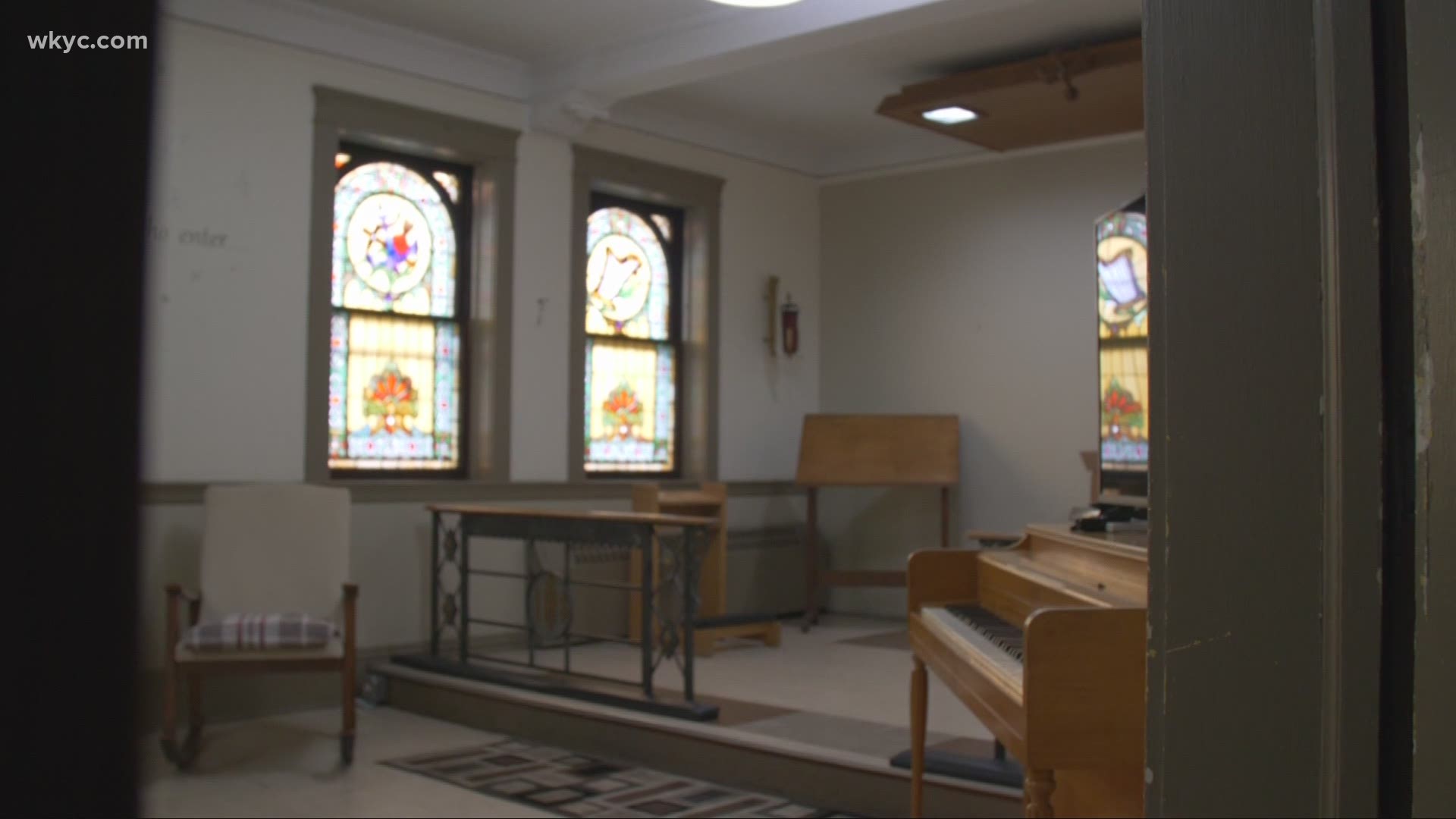 CLEVELAND — Sometimes when you're lost, it takes a few tries until you find yourself.

We're not going to share her last name. It's a nod to her commitment to AA and her struggle with alcohol and drugs.

“There was a reason why everything prior didn't work out and I ended up here," Shannon said, referring to her time at Edna House in Cleveland.

The Edna House is a safe and sober place for women who are battling addiction. And at the height of the pandemic, they found a way to help.

“We only had to close our doors for three weeks, but when we opened them back up, to be able to take those women in, it was a big relief to us," said Edna House Executive Director, Jenn Lasky.

There were 8 women, including Shannon, who arrived from South Carolina, quarantined together n the church's chapel.

“Because of everything that was going on, because we had no choice, but to be together," Shannon remembered.

For two weeks, the women slept in the chapel ... ate there ... prayed there. They bonded over their shared choice of wanting a better future for themselves.

“Our life experiences, where we came from, how we ended up here, our fears, you know, because we were all scared," Shannon said.

“I'm just grateful that they had the willingness to do it. It's very different than what anybody had been used to before, but they made it happen," Jenn said.

The women were never alone. They had each other, and steadfast support for the volunteers.

“At the Edna House, hope is always right in front of you," Jenn said.

And Shannon learned about something she'd never known before.

“I know what unconditional love is because of it here," Shannon said of Edna House.

Today, Shannon is nine months sober. Since, spending those days in the chapel with women she now considers lifelong friends, she's decided on something else: She's here to stay.

Are you someone looking for help? Here's a good start: Click HERE.