From Cleveland to Chief of Protocol: Ambassador Capricia Penavic Marshall shares her experiences in new book

The Cleveland native details her White House career, new book and love for her hometown 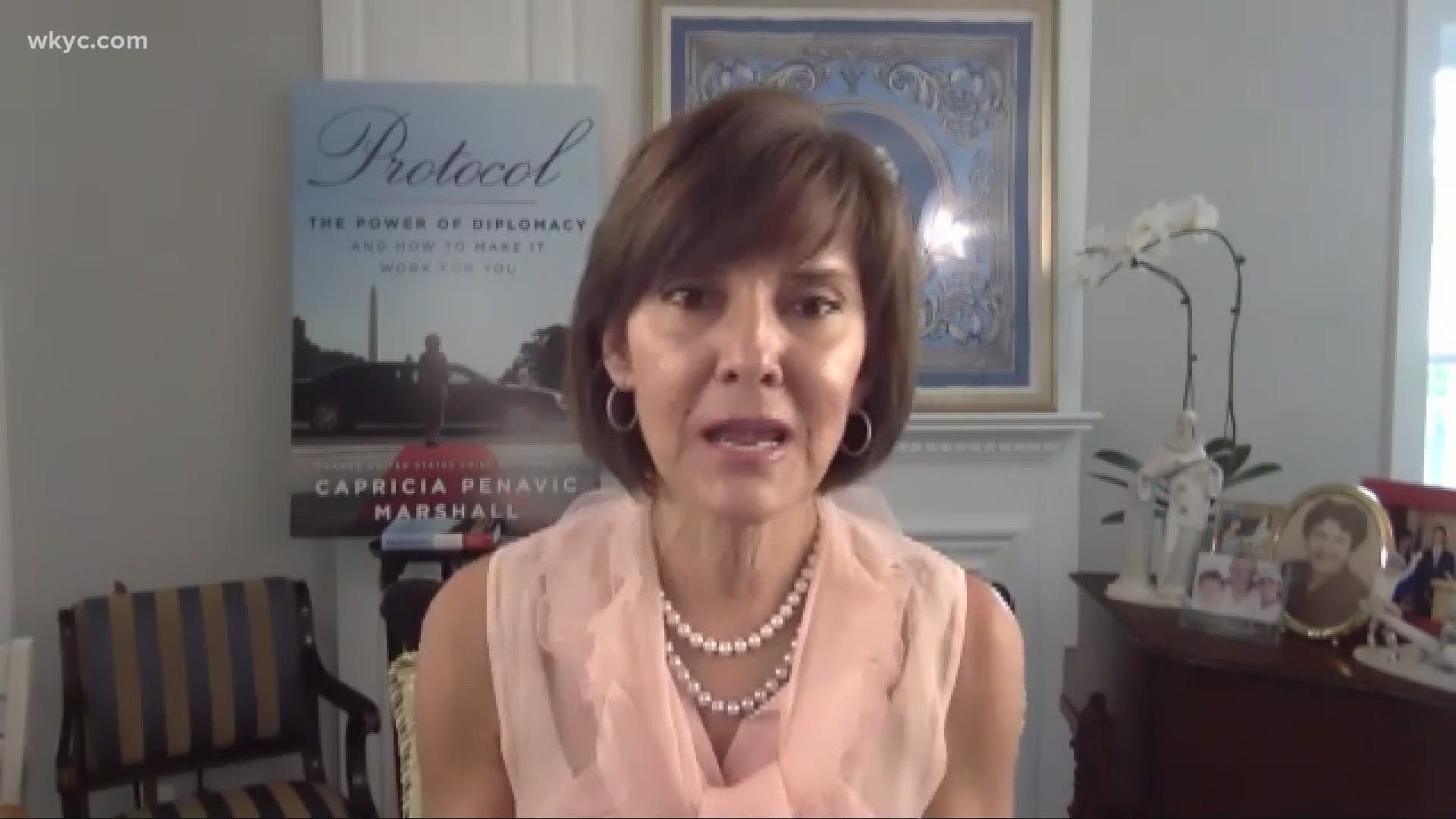 In her roles as Chief of Protocol for President Barack Obama, and Social Secretary to President Bill Clinton and First Lady Hillary Clinton, Capricia Penavic Marshall not only had a front row seat to history - she made it all run smoothly.

"Whether it was greeting a motorcade or at Andrews Air Force Base, waiting for a plane to arrive and for a leader to to descend the staircase, and to extend my hand and to say 'on behalf of President Obama, welcome to the United States of America,' it just always gave me a little shiver," Marshall said in a recent interview with 3News' Laura Caso.

Not many people can say they've worked in the White House for two presidents.

"It was an honor and privilege of mine to have worked for two presidents in very different times, who have very different backgrounds and different styles of leadership. It was just nothing less than extraordinary," she said.

But Marshall's appreciation for culture and customs began with her childhood in Cleveland. Many different languages were spoken and different cuisines enjoyed while growing up in Cleveland Heights, where Marshall graduated from Beaumont School for Girls.

"I'm half Mexican and half Croatian, so lots of cultures and traditions were were observed."

Marshall says it was that early exposure to different cultures that helped shape her interest in diplomacy.

"I'm hopeful that people appreciate the cultural differences of one one another, and that by shining a bright light on these beautiful differences we will get along better," she said.

Her expertise may be rooted in the art of politics and diplomacy, but Marshall says, those lessons can be applied to everyday life.

"I always thought of protocol as a superpower. It's those micro moves, the little details, the nuances that when they all add up, they have a major impact."