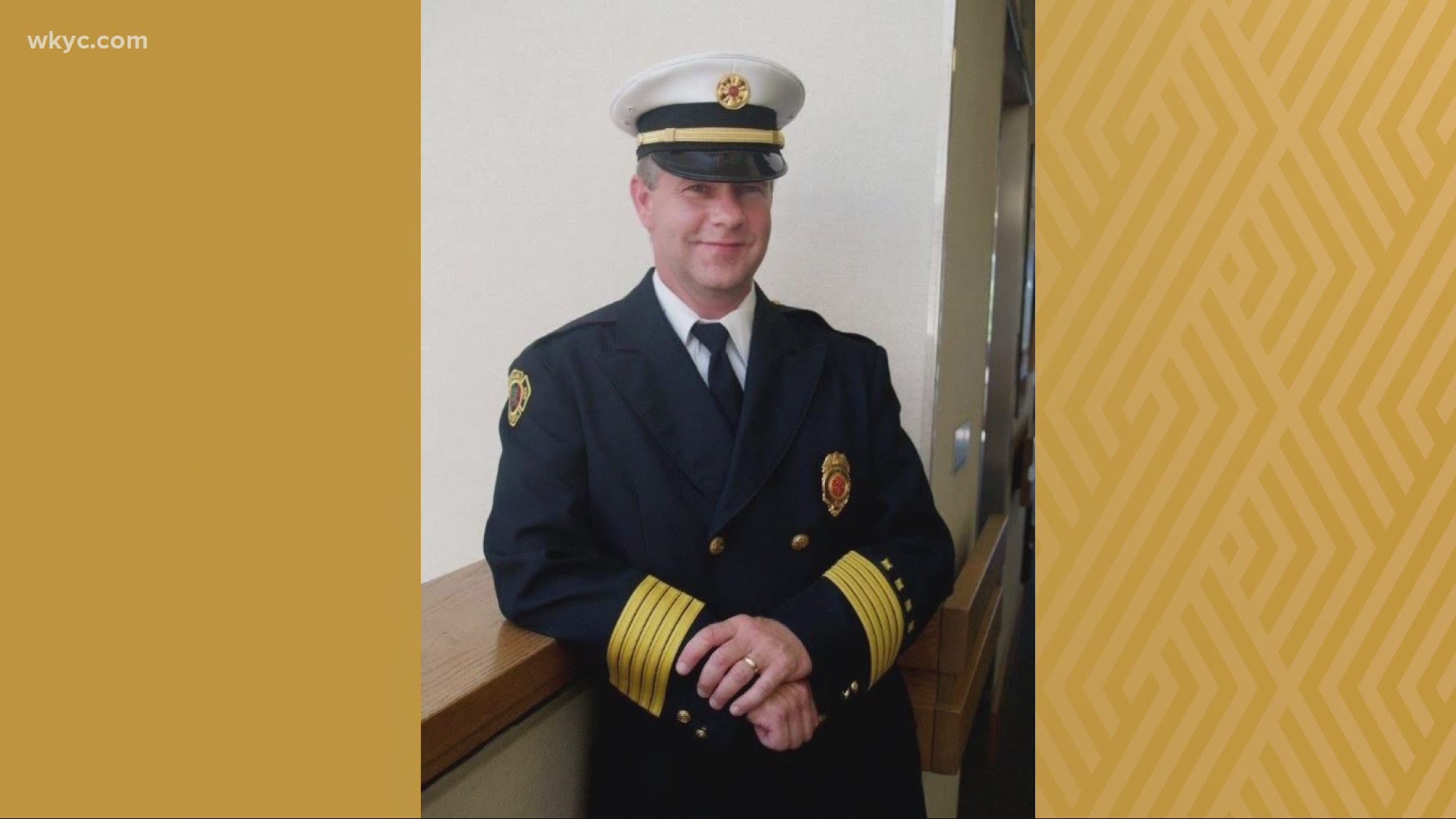 CLEVELAND HEIGHTS, Ohio — The coronavirus pandemic has brought added stress to our first responders. And sadly it comes as we are losing more of these heroes to suicide. Now a local fire chief is sounding the alarm on mental health in his profession.

He should know. Last fall, he planned his own death, but fortunately got the help he needed. And now his mantra, and message to others: heal yourself first.

Firefighters and EMS workers are heroes. They are courageous and strong in a job that takes a toll. They see images they cannot un-see.

“We have more first responders killing themselves. Double the amount that die in the line of duty.”

Dave Freeman joined Cleveland Heights Fire and EMS in 1993, after a spending a few years in the military. Eight years ago, Freeman became the Fire Chief.  A celebrated and decorated career punctuated by more training and classes to continue his learning. He had an interest in psychology and considered getting a doctorate.

And yet by the fall of last year, Freeman had hit rock bottom.  “It was a perfect day. It’s like 70 degrees outside, beautiful day. I’m sitting on the couch, just like I am writing out a grocery list, I planned an entire suicide from start to finish,” Freeman shared.

Credit: The Freeman Family
Last September, Chief Freeman planned his own suicide. The turmoil from a difficult childhood and years of post traumatic stress from his job left him deeply depressed.

Looking back, there were signs. He had significant sleep problems. Also, what Freeman calls “hyper-aware.” He would have extreme reactions when startled. He was edgy.

Freeman didn’t act out his plan. He doesn’t know what stopped him. But he does know what saved him.

Tapped by the Ohio Fire Chief’s Association to write a guide on post traumatic stress disorder within his profession, Freeman went to a First Responders Conference in Columbus.  His wife joined him.

As they listed to a social worker at the conference, Freeman realized she was doing what he hoped one day to do.  He wrote down in his notebook how to become a licensed social worker.  His wife, watching Freeman, leaned over and wrote in the Chief’s notebook: “Heal Yourself First."

Annoyed, but now thinking, Freeman took in more sessions at the conference, including one held by Save A Warrior. “That program ultimately saved my life. Save A Warrior, had a speaking come in and he was fantastic,” Freeman recalled.

Save A Warrior is a non-profit organization committed to ending the suicide rate plaguing veterans, active-duty military, and first responders. Freeman originally planned on going to observe or “witness” the program as part of his ongoing education. But an intake coordinator could see Freeman needed it for himself.

“The impact that had on me. That someone cased it was someone that didn’t even know me and wanted to help. So that was huge. He literally got me in the program in 3 weeks,” Freeman said.

The experience last December was hard, but life-changing. Freeman doesn’t go into detail about the program, not because its program is secret, rather to prevent any preconceived notion participants may have when they come for help.

More than a thousand participants have gone through it, each suffering from extreme post traumatic stress. Save A Warrior has made a difference, saving 99% of those who completed the program. “They gave me ways to cope and helped me offload the junk I was carrying around,” Freeman shared.

“A lot of people in our field: fire, EMS, police, dispatchers even some doctors tend to have a background that included some abuse. Or maybe they went through some trauma as a child and you become a rescuer. You want to fix everything. You know, you want to make people better. So when I came into the fire service, I had a glass that was already mostly full and it didn’t take much to tip me over in order to fill that glass up and start overflowing,” he said, admitting that in many aspects he had a very traumatic childhood that he has carried with him throughout his adult life.

Taking the skills he learned at Save A Warrior, Freeman also started meditating, twice a day.  “What I’ve seen since December 1st the first time I did this; I haven’t had a single migraine. I had about 10 a month that I took shots for. My neck and back pain that was chronic is completely gone,” he said.  Freeman also sleeps much better and has seen his blood pressure improve dramatically.

Freeman first opened up to his Battalion Chiefs about his experience, revealing the depths of his depression and mental health struggles, as well as the help he received. They encouraged him to talk to entire fire and EMS division in Cleveland Heights. If a Fire Chief can admit he has struggled with post traumatic stress, depression and is open about the help he received, he hopes others will see their struggles are not a sign of weakness.

“I want all you guys to know that it’s okay to not be okay. To suffer. And it’s okay to ask for help. It doesn’t mean you are any less of a firefighter,” Freeman said recently when he spoke to firefighters and EMS workers in Shaker Heights.  Freeman is speaking out, to fire fighters, EMS, at the police academy.  He is urging them all to make mental health a priority.

Credit: Dave Freeman
Dawn's written message to Dave at the First Responders Conference last November. It is now his mantra. He had it tattoed on his forearm, in her handwriting, as a reminder to live by every day.

Heal yourself first. The words his wife wrote to him last November, are now permanently etched, in her handwriting on his own forearm.

It’s a message he hopes will make for stronger departments everywhere, because these men and women, these heroes, are now brave enough to ask for help.