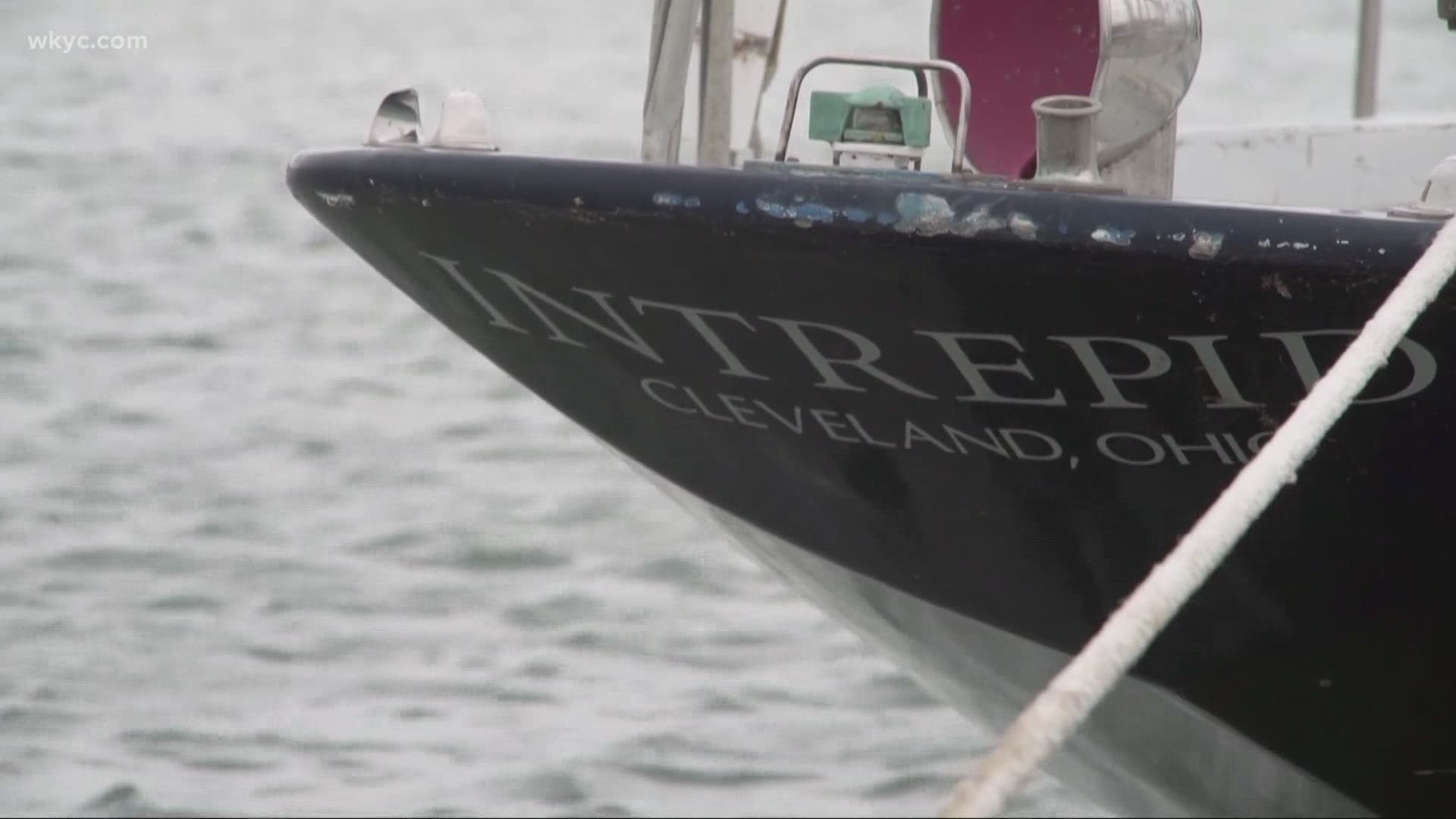 "You know, it's teamwork. You work together, you learn stuff together, it's just a really fun environment. But the peace and quiet of being on the water on the sailboat really appealed to me," Alunni Finley explained in a recent interview with 3News.

The water is where Jim found healing. He was assigned to the 3rd Battalion, 25th Marine Regiment based in Brook Park, Ohio and served from 2003 to 2006. He was deployed to Iraq in 2005, but his tour was cut short by devastating suicide bomb. Jim's unit lost 48 Marines and Sailors, and more than 200 were wounded in action, including Jim.

"The only reason I'm still here is because the seat next to me was empty on that Humvee so that door stayed closed but still enough shrapnel came through that it ricocheted through my neck went into my lungs...I ended up with four chest tubes and a tracheostomy," Jim said.

Thankfully, Jim recovered in a naval hospital in Maryland, and came home to Northeast Ohio, where he says, Lake Erie was calling him.

"Water was on our mind a lot. We ran out of water a lot when we were when we were out on missions and you know, water's life."

Now, Jim wants to help other veterans experience the same calm by launching a sailing program of his own. He was recently gifted a 1967 sailboat by the Lorain County Sea Scouts. Named "Intrepid," the boat just so happens to be a former Navy vessel.

"I was just really excited for the story and the history behind an actual naval boat going to naval veterans," Jim told 3News.

There's a lot of work to be done to get underway by next spring, so Jim is raising money through a GoFundMe campaign to get there - so he can give the gift of a new journey to others like him.

"It's hard to readjust immediately back into life and then when you get back together with these men and women who you served with it's like you really didn't miss a beat."