Cleveland is one of nine cities across the country to receive an Avengers: Infinity War-themed Little Free Library, donated by the Marvel company. 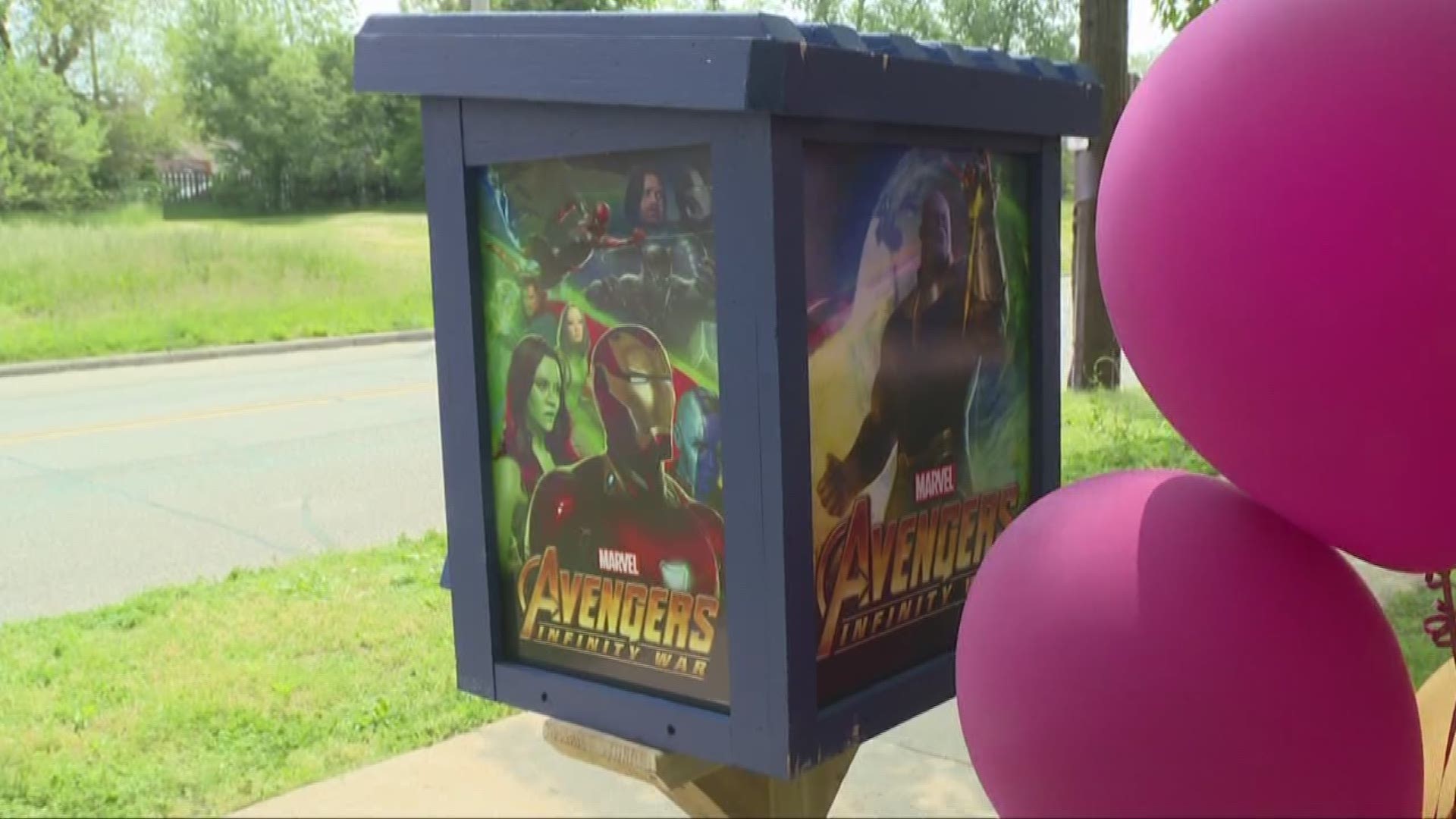 That was the message recently when Councilman Basheer Jones unveiled Cleveland’s newest Little Free Library, located in his ward in front of the Hough Multipurpose Center.

The library is a special one, one of a limited number of Avengers: Infinity War-themed Little Free Libraries donated by the Marvel company to nine cities across the country.

In front of a crowd of about 60 onlookers, Jones explained that the colorful book box is there to provide a constant source of reading materials for local children, and he thanked Marvel for donating such a great tool for generating excitement around reading.

He encouraged the children present to read every day, the way he did when he was a boy. “My mother, she really pushed literacy… She would always teach me as a young, young guy that reading is a form of freedom.”

Just as his mom explained it to him, Jones told the children assembled that back in the days of slavery, African-Americans would be punished if they knew how read – and even put to death.

You can open up your world and boost your imagination when you read, said Jones, adding that he particularly loved reading about Black Panther and other Marvel characters when he was a child.

Then, with the help of a figure costumed as the Black Panther, Jones handed out armloads of free books to the children.

The showpiece library comes along with another gift. Roughly 40,000 books will be generously donated by Disney Publishing and FirstBook.org to stock the various Libraries for two years, as a way to bring communities together and celebrate the power of reading through free access to books.

Books featured in the Little Libraries will include Marvel titles such as The Heroes' Journey (Road to Avengers: Infinity War) and The Cosmic Quest Vol. 1, along with many other epic stories.

The event fits neatly into a newly launched effort to build a culture of reading in the Hough community. Neighbors and community leaders recently came together to designate their community as a “Little Free Library Neighborhood,” meaning they’ve committed to planning monthly literacy events including regular activities to highlight the local Little Free Libraries.

WKYC is a partner in the campaign, to be known as Hough Reads, and it will have a strong social media component. Families will be asked to post pictures while reading together or doing literacy activities, using the hashtag #HoughReads.

The new little library is located at 8555 Hough Ave., where it’s getting a lot of usage during its first days. Rhonda Crowder, director of Hough Reads, is the steward of the library and says that she has to refill it nearly every day.

That’s great news to Jones’s ears. “It means our young people are excited about what’s going on,” he said.