How a Stark County man is teaching the importance of diversity in the classroom, one 'tie' at a time

A message from a parent was particularly heartfelt. 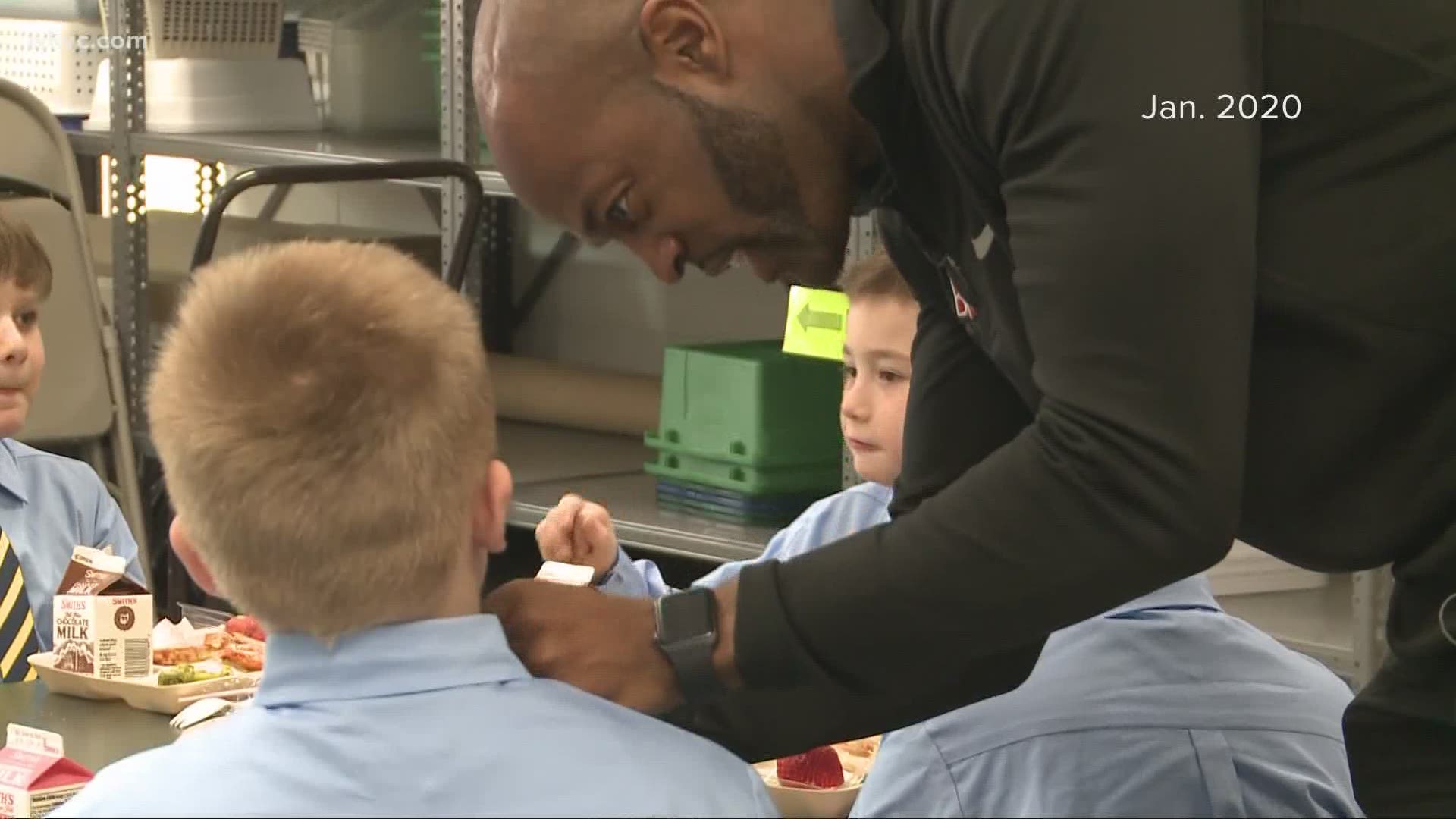 NAVARRE, Ohio — It was a simple "thank you" email sent to Devin Jordan that highlighted the importance of diversity in the classroom.

The message was from a parent expressing her appreciation for Jordan’s program that helps to guide young athletes in and out of school.

"[She said] I was actually the first interaction with a lot of the boys in the classroom as an African-American male, " he said.

Jordan is the president of Beyond the Game, a non-profit helping young athletes in school. It’s grown to include the Guys with Ties program.

Earlier this year, 3News spent the afternoon with third-graders at Fairless Elementary School in Stark County, where students once a month put on a shirt and tie and discuss ways to make a positive impact on their community. The group's motto is "Look good, feel good, DO good."

"If you feel good, you’re going to perform good," Jordan said in an interview with 3News in January.

While students have been out of the classroom due to the COVID-19 pandemic, virtual lessons are still taking place. And most recently, a parent sent an email recognizing just how impactful those lessons can be, particularly coming from Jordan.

"Essentially, it breaks down maybe a stereotype for those kids, to say, 'You know, it’s not about the color of your skin, but who the person is,'" Jordan explained. "It’s a very good testament that the parent would send that to me and feel the same way about their kids."

According to the National Center for Education Statistics, about 90% of students enrolled at Fairless during the 2018-19 school year were white.

"There’s a lot of diversity in terms of what people think and the types of jobs people have, a mix of white and blue collar jobs, but there’s not a lot of racial diversity in the community," Mike Hearn, director of curriculum at Fairless Elementary, said.

For Jordan, a former Massillon and Ohio State football player, sharing his experience on and off the field is what pushed him to make a difference.

"I think the biggest thing is to teach them to be leaders—and at times we have to stand up for what’s right and that’s what a leader does," he said.

Ultimately, that’s the goal of the program.

"It’s awesome anytime you can expose students to people with different life pathways than they have, because it shows them what the world around them is truly made up of," Hearn said. "It shows them with love and kindness, the world is a cool place."

It’s become more than a shirt and tie.

"We have to lead them in a positive way so they can affect change in the future," Jordan said.