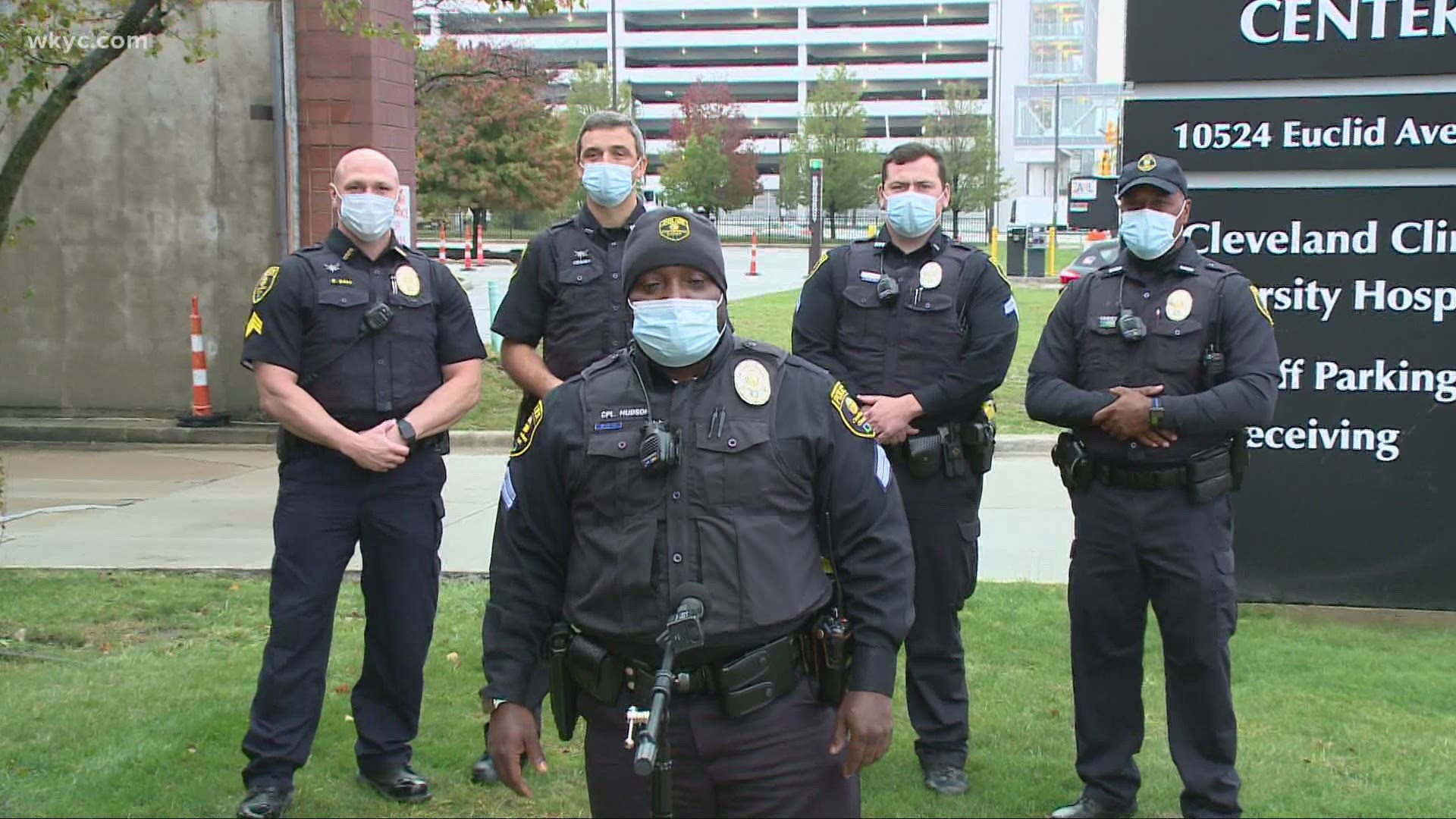 CLEVELAND — For months, front line workers have put themselves at risk during this global pandemic. Today, Oct. 28, is the day set aside to honor their service.

It’s National First Responders Day, and when you think of COVID-19 and first responders, police officers may not come to mind. However, a group of officers played a crucial role early on in the pandemic to make sure patients could be tested right here in Cleveland.

"It was a lot of traffic duty," Corporal Eric Hudson of the Cleveland Clinic Police Department told 3News.

For twelve hours a day, six days a week, officers herded cars like cattle as thousands lined up for drive-thru coronavirus testing at the Clinic’s W.O. Walker Center in University Circle. It was mid-March, the early days of the pandemic.

"It was intense," Hudson, who stepped up to lead, said. "We put the patients, the visitors before our families... Some people responded in chaos like, 'Oh, I'm going to die, I'm feeling sick.'"

It was the job of officers to keep people calm, safe, and in order, a job Hudson says he and other officers took on when little was known about a new virus with the potential to kill.

"This was a place nobody wanted to be at during this time, and we made [those getting tested] feel comfortable," he said.

So comfortable that 5,500 tests were performed in the first month of the center's opening and 72,000 performed to date.

As we celebrate National First Responders Day in the middle of a global pandemic, these officers say there's one gesture they appreciate most.

"Saying thank you," Sgt. Ryan Ball says. "I mean, it goes a long way, especially with everything going on right now."

For those looking for ways to honor first responders today, the website NationalToday.com also recommends saying thank you, raising money, or volunteering to support first responders.

If you're wondering about those long lines at the testing center, well, they're much shorter now thanks to the Cleveland Clinic instituting an appointment system.