Tay Da Prince and his famous uncle, John Legend, are promoting love and kindness with an initiative right here in Cleveland. 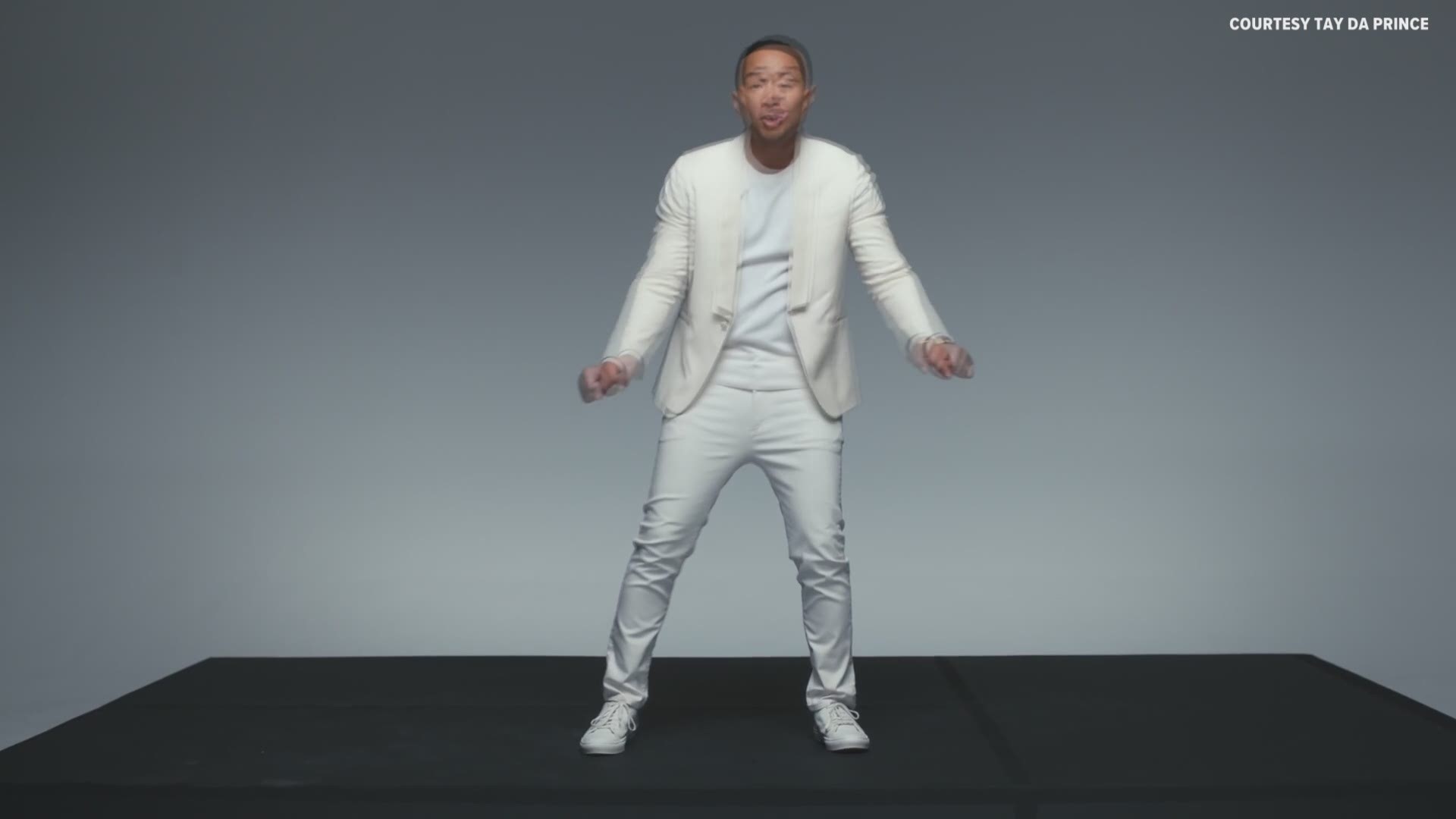 CLEVELAND — Tay Da Prince is calling out for kindness in his new video, "Love One Another," with his famous uncle, John Legend.

The timing is perfect. Cleveland organization Project Love launched its "Welcome to Kindland" campaign Thursdaa. The goal is to take "Cleveland" to "Kindland," making it the kindest community in the country.

Tay Da Prince and Legend teamed up with the Kindland campaign so they could introduce their video. But, the backstory on their collaboration is worth the listen.

Fast forward to May of 2020: In the middle of a global pandemic, Tay Da Prince revisited his words, because they were so relevant to what was going on in the world.

In the opening of his original video, news clips talking about the pandemic and those on the front-line played. He also tapped his idol (John Legend) and other superstars such as Reverend Jesse Jackson, Tina Knowles-Lawson, and Big Boy, to name a few.

Then, racial tensions sparked across the country. A second edition of the video was released. This time, highlighting the deaths of George Floyd and Breonna Taylor. A portion of the proceeds will benefit the Love One Another Foundation and Feeding America.

Tay Da Prince and his uncle appeared in a special video together during the virtual Celebration of Good event on September 10, when "Welcome to Kindland" was launched.

“Love is kind of all encompassing, but kindness is a tangible action of love. And when you do an act of kindness, you feel better because your brain chemistry actually changes. And then you're impacting the person that you did the act of kindness too," said Kindland co-founder, Stuart Muszynski.

During Celebration of Good, unsung heroes on the frontlines of COVID-19 and will be honored. In fact, each year, the event acknowledges individuals who represent goodness.

This year, the honorees are Senator Rob Portman, First Lady of Ohio Fran DeWine, former Cleveland Mayor Michael White, Kristin Warzocha and the Greater Cleveland Food Bank, and the Hebrew Free Loan Association (HFLA) of Northeast Ohio. And, a posthumous award will be given to Mikey George, who was the first mainstreamed Down syndrome student at St. Edward High School in Lakewood, Ohio.

Tay Da Prince agrees with the importance of kindness:

“During the times that we're going through right now, it's important that we still come together, love one another, respect each other and still show kindness.”

Working on something so impactful with his uncle -- surreal for the 20-year-old Springfield, Ohio, native.

“It really means a lot because I used to send my music to him like 2017. And he's always told me, 'yo, keep working, you keep studying the grades.' And that's all I kept doing ... all I kept doing. Just to see him, you know, right beside me is a dream come true. And also, believing in me.”

Tay Day Prince's new album, "Story of My Life" just dropped. To listen, click HERE. Or, you can check out his Instagram profile.