Kiedrowski Bakery in Amherst to cater 'snoogles' for NFL playmakers

It's not just downtown businesses who are seeing the impact of the draft. 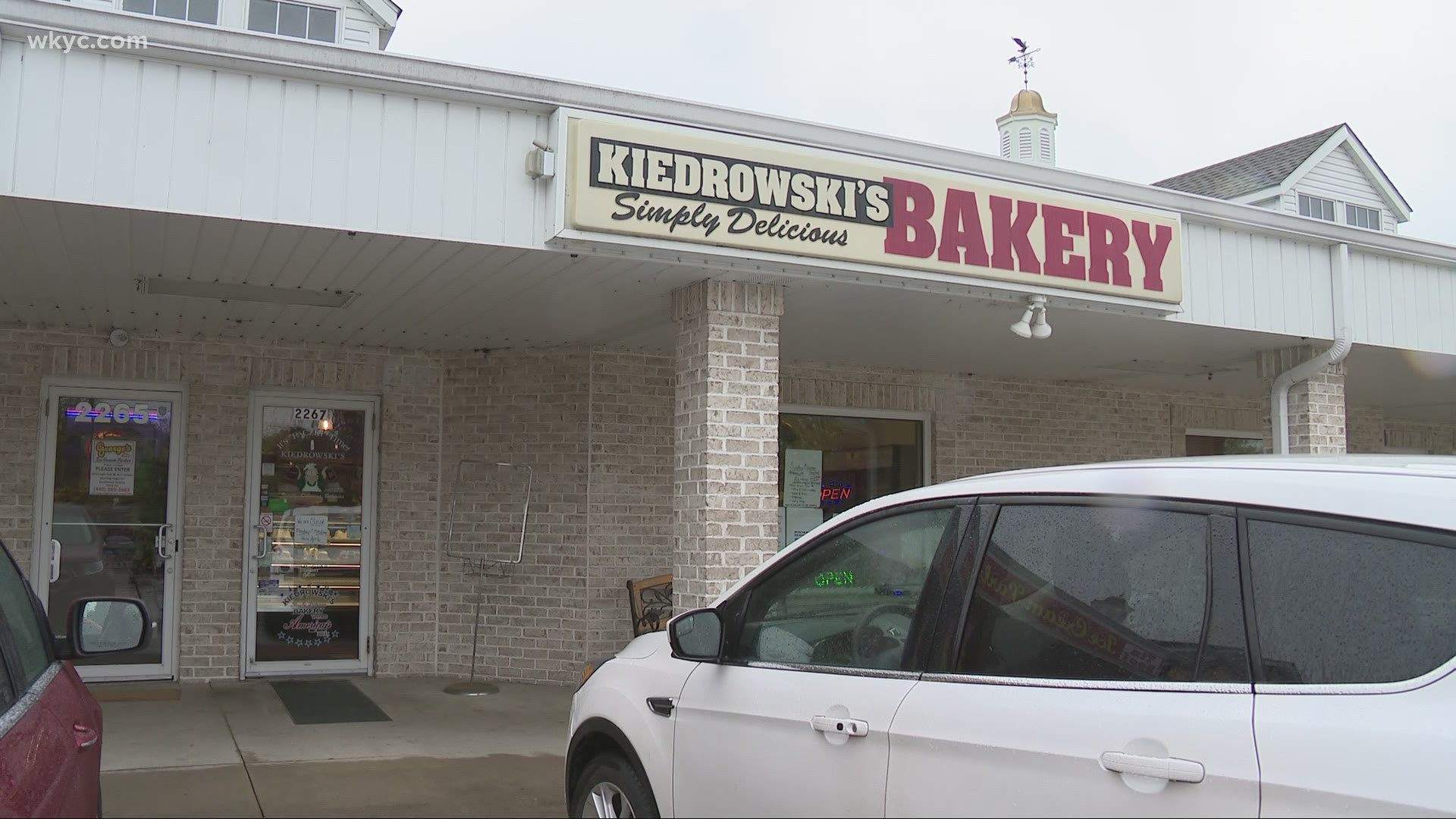 AMHERST, Ohio — As all eyes turn to downtown Cleveland for the NFL Draft, it's not just businesses in close proximity to the action, that are hoping to leave a lasting impression.

Kiedrowski's Bakery in Amherst is hoping to wow those with the NFL organization with it's legendary "snoogles."

The Northeast Ohio staple has been tasked with making more than 300 of its popular treats to feed players, celebrities, NFL legends and members of the national media during the NFL Draft.

According to co-owner, Tim Kiedrowski, the NFL reached out to them to cater the event after hearing about their popular snoogles while researching catering options.

All of Northeast Ohio, is hoping to put its best foot forward, showing off all the region has to offer.

Hot off the press! Stop in and get em while they last! #snoogles #kiedrowskisbakery pic.twitter.com/e63vDfwudG