Late in love: Northeast Ohio couple in their 80s tie the knot

"I want to do life with you. I don't know how many years we have left, but I want to spend the rest of them making you happy." 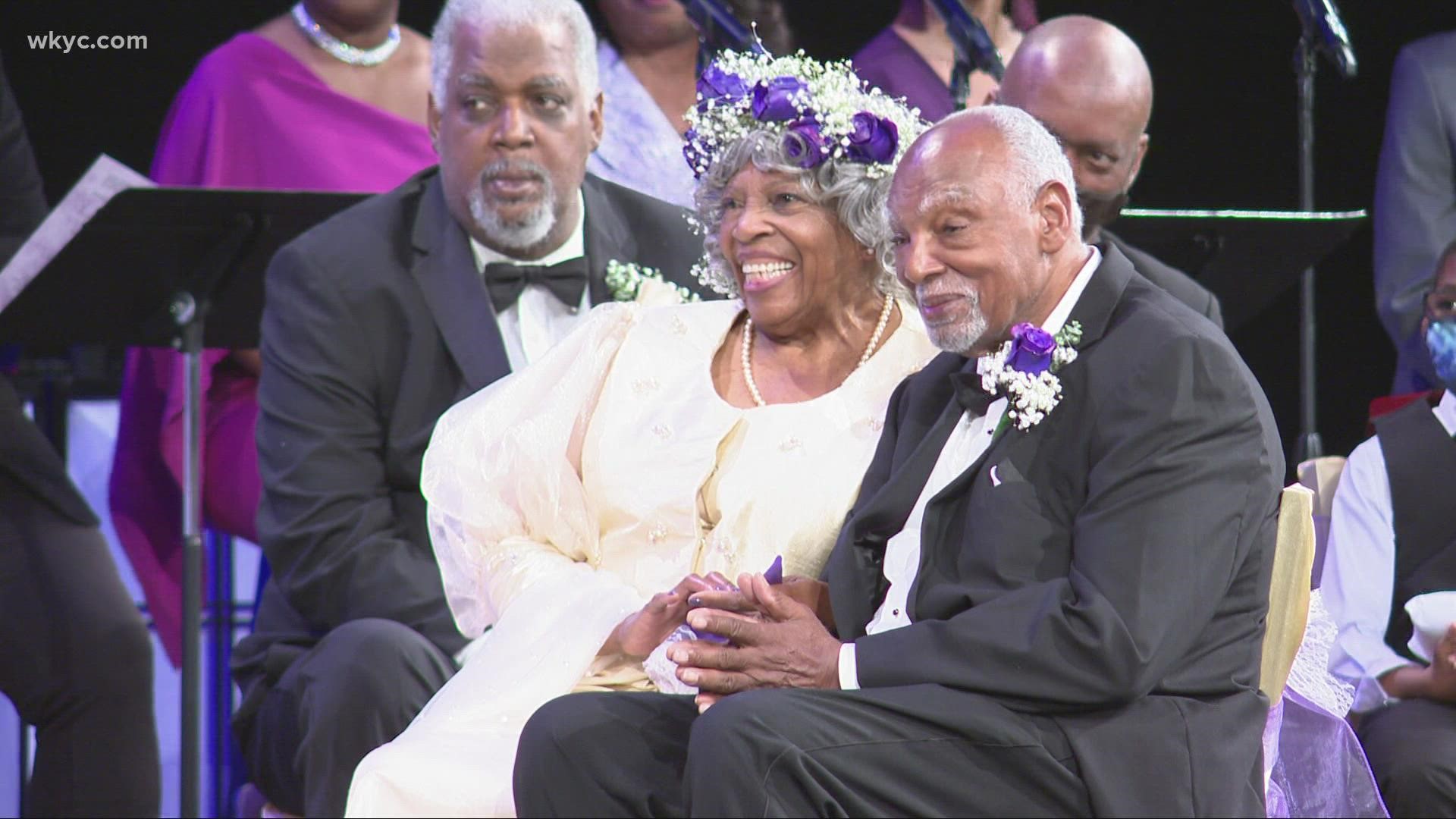 MIDDLEBURG HEIGHTS, Ohio — There's nothing sweeter than being in love. Except for, maybe, being someone's last love.

At 82 years old, Elizabeth Brownlee is a married woman, for the first time.

"It just wasn't God's timing," Elizabeth told us. "Every day, God sends us a confirmation that he put us together."

Timing, is what led Elizabeth to her Prince Charming, 86-year-old Lonnie Reid.

"This had come out of a hardship, both in his life and my life," Elizabeth said.

Elizabeth had been battling depression. And Lonnie's wife of 62 years had passed away during the pandemic.

The two met during a training for a shared interest in foreign trading and banking. One session, was at Lonnie's home. Elizabeth brought an interesting gift.

That something there, was timing.

"God smiled and shined the sun into dark places in our lives, both of our lives," Elizabeth said.

She has been smitten by Lonnie's three-decade engineering career at NASA. His time there earned him a spot in its hall of fame.

"He never signs his name 'doctor.' He never tells anyone he's doctor," Elizabeth said. "He's so humble, he would never say that."

Lonnie is also proud of Elizabeth's careers with Ohio Bell Telephone Company, the Census Bureau and her church. He also loves the way she makes him a better man.

"She's always positive and uplifting," Lonnie told us. "I visited her every day, every day of the week, and I live about 20 miles from here, so that's a 40 mile trip," Lonnie said.

But, they didn't want to be apart. So, one day, Lonnie told Elizabeth:

"I want to do life with you. I don't know how many years we have left, but I want to spend the rest of them making you happy. And I thought, 'oh, I would like to do that too -- make you happy. And that was it," Elizabeth told us.

So, on a beautiful, September day, at the Grace Christian and Missionary Alliance Church in Middleburg Heights, and in front of their grown children, friends and church members, Elizabeth and Lonnie celebrated their happiness.

"We just enjoy each other's presence and comfort and conversation. "It really makes the life joyful," Lonnie said.

"If I could sing, I would sing the song: Grateful, grateful, grateful. And I tell God every day in anyone that I talk to that I so appreciate God for allowing me the opportunity and the privilege to be by this man's side," Elizabeth said.