The surgery was successfully completed at the Cleveland Clinic last December. 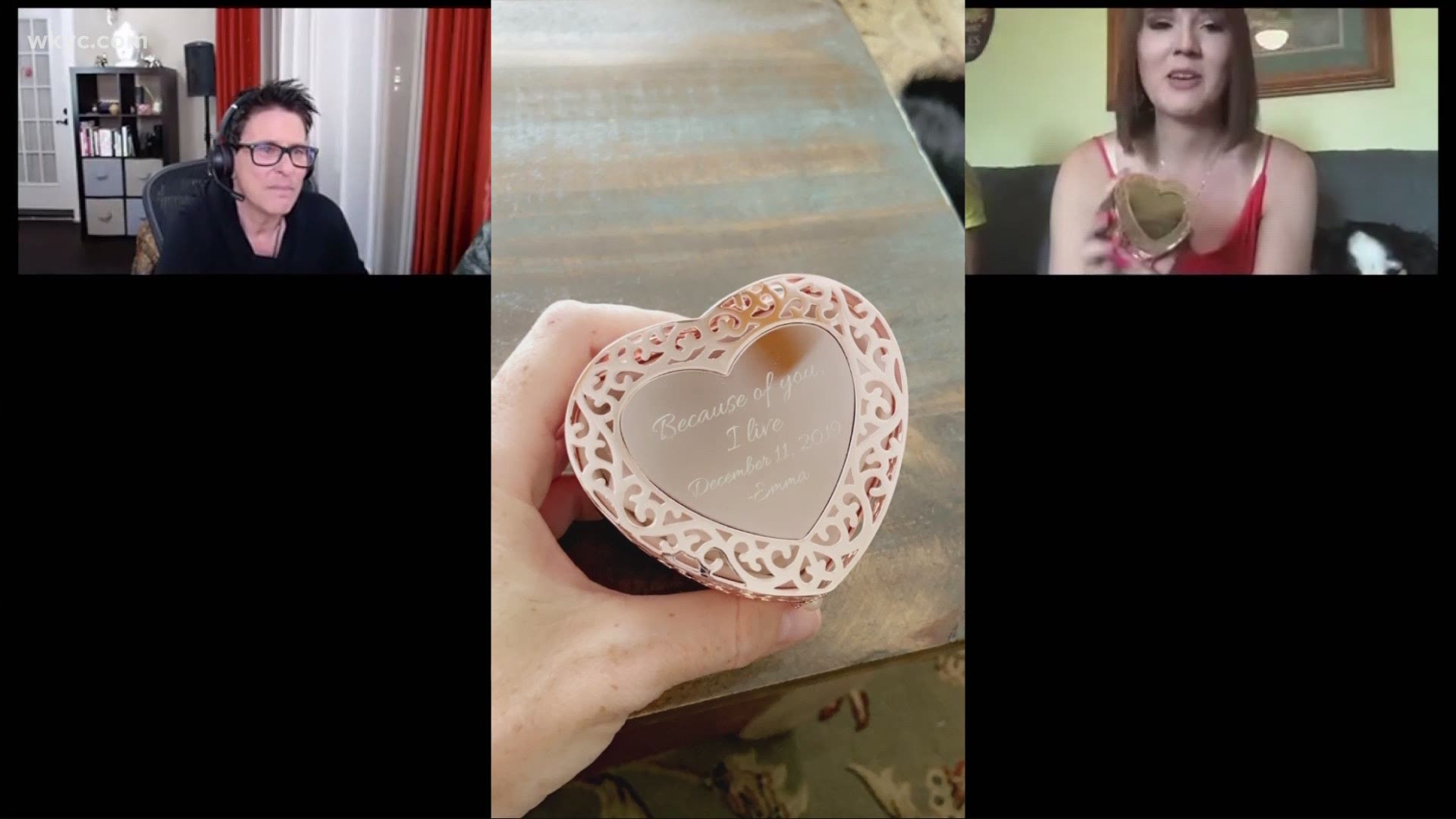 CLEVELAND — In 2002, 9-year-old Emma Ross began a harrowing journey with her health while she was living in Elyria, Ohio.

"I went to go get tubes in my ears and they found something wrong with my blood work. So they sent me to Children's, and then they did a biopsy on me because they thought something was wrong with my liver levels. I ended up bleeding internally, so I was stuck there for about a month," Emma told us.

She was diagnosed with Autoimmune Hepatitis. Her immune system was attacking her liver cells.

“I was so sick at the moment. So they thought they were going to lose me," Emma remembered.

But she improved after she started taking a new medication called Mucomyst. Soon her family moved to Zanesville, Ohio, where she spent many years without serious complications.

Then after moving to Virginia Beach in her 20s, Emma's condition worsened. She kept working, but knew something was seriously wrong.

“I started getting like the memory fog, the itchy skin, bleeding gums, just gaining all kinds of weight," Emma recalled. “I actually got diagnosed with another disease. And then I got diabetes as well.”

It was time for Emma to come back home to Ohio. Doctors at the Cleveland Clinic told her she would need a liver transplant to survive.

Gayle, a senior manager of training delivery for T-Mobile, was in a doctor's office in Seminole, Florida, when she stumbled across a living donor's ad in a magazine.

“And I thought, 'Oh my gosh, I didn't even know that existed. What a great opportunity to help somebody,'” Gayle said.

She says the decision was an easy one, because giving, is what she's always known.

“I started doing mission work, first in Guatemala, and then I support a family of 12 in Guatemala, as well," Gayle told us. “I just feel like, what else can I do to help others, live a better life?”

Soon, Gayle was on her way to do just that: A better life for a woman she'd never even met before.

The memory was vivid for Gayle, too.

After months of tests, Gayle and her wife, Kathleen, arrived at the Cleveland Clinic Main Campus last December. Emma was also there with her family. And, in mere hours, she would be receiving a part of Gayle's liver.

Thankfully, the surgery was a complete success.

They were physically recovering, but emotionally eager to meet each other. COVID-19 stopped them from seeing each other in person. So, six months after that life-saving surgery, a Zoom call reunited them.

When Emma saw Gayle she couldn't contain her emotions.

“I’m very grateful I get to do all of this stuff. I was always very restricted. I hate feeling that way," she said, tearfully.

“Gosh, I’m so happy for you, and I’m so happy I could be a part of turning this around in a good way for you. I feel so honored to have met you," Gayle told Emma.

Then, Emma presented Gayle with a bracelet. It read, "You're my type." On the back of the jewelry box, the inscription said, "Because of you, I lived."

Now, they live on -- together -- grateful for an experience that inspired one another to be better as people, and bonding them as "family" forever.

"There's no words that will ever be put together that would express how I feel," Emma told Gayle.

“I think Emma is just an amazing soul,” Gayle said. “But she just is a genuinely good person with so much to offer the world.”

RELATED: Hero Walk: Ohio teen’s organs donated after he was hit by a car on Thursday

RELATED: Watch this father tear up listening to the heartbeat of his deceased son

RELATED: Transplant nurse donates liver to boy at her hospital