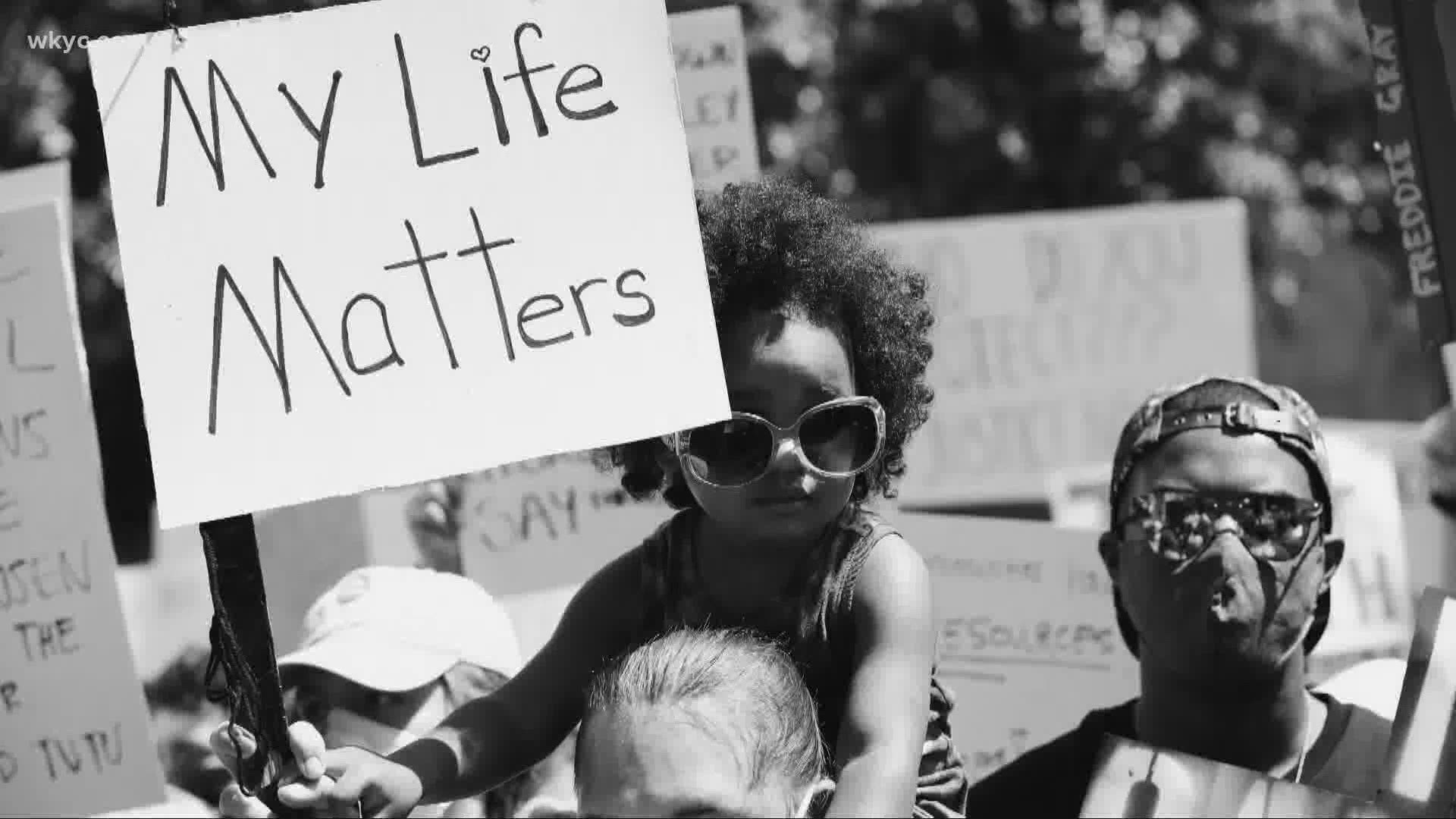 CLEVELAND — Like the iconic poet Langston Hughes, Caillou Allen is a young black man growing up in Cleveland, Ohio. Although nearly a century divides them, they share the same pain.

In a recent interview with 3News reporter Jasmine Monroe, Allen recited Hughes' poem "I, Too," originally published in 1925.

I, too, sing America.

I am the darker brother.

They send me to eat in the kitchen

I’ll be at the table

“Eat in the kitchen,”

They’ll see how beautiful I am

"I'm just another student another voice who has something to say about what's going on because you know I believe to be silent about in justice is to be a part of injustice," Allen said.

The recent graduate of the Class of 2020 will be heading off to the prestigious Morehouse College in the fall. A promising future shaped in part by his participation in a local poetry troupe called The Distinguished Gentlemen of Spoken Word.

The Gentlemen are a group of young men - ages 8 to 18, who study the art of performance poetry. They are led by Honey Bell-Bey, the official Poet Laureate of Cuyahoga County.

She proudly labels herself a P.O.E.T - standing for, power over emotional trauma. Sadly, there's still more than enough of that, to go around.

"If you are human you have felt the trauma of these past couple of weeks. To see a nation at war with itself is also traumatic and so the only weapon I have been using is the weapon I always use, and that's the power of the pen." said Bell-Bey.

That power is perhaps more poignant than ever amid a growing national conversation about racial injustice.

Bell-Bey shared her most recent work, written in response to the current situation, at the end of last week.

from a Minneapolis breeze……

How can you stand before God?,

when you’ve knelt on a man?

Justice for All, does that include the black man?

Can you take a life with hands still in your pocket

and the victim is still guilty on every docket

and “I cant breathe” is your aphrodisiac

With hands behind his back?

he didn’t resist... he didn’t attack

blood on the leaves and blood at the root

What’s the root? Get to the root of the matter

and this year humanity asks maternally, “what’s the matter?”

and no one wins the morning after

when sorrow and grief has replaced the laughter

And this is not a situation that we can avoid

call out but he had already called out for Philando Castile

and he already called out Emmett Till,

and he called for his ancestors

but the blood spills still

And this is not about which side of the crisis we are on,

there can be no racial divide

no gender divide, no spiritual divide

we are on the human race side

and I have tried……. very hard not to write about this

and subconsciously not to think about this

because there is a wailing and an aching about this

This is our Montgomery bus

this is the Pettus Bridge, March for freedom, march  for peace

for death and destruction to cease

Where mothers no longer grieve

And a nation listens as we cry out,

I cant breathe I can’t breathe

And Poetry’s life, so I’m not trying to be morbid,

but we went from Covid to crisis to chaos

peace and justice have to be the players on the stage

I’m strange fruit, but I keeping writing a new page

And Tamir Rice… and Sandra Bland  and Tanisha Anderson, and Oscar Grant, and Alton Sterling and Mike Brown and  Eric Garner, and Walter Scott, and Breonna Taylor.

And this is a conversation that we cant avoid

So much bigger than Floyd

As a nation screams for peace and just-us

And no one seems to win

These two towers, one falls, quickly follows his twin

The power of words and a moment of change, resonating with ourselves, our community and beyond.