Leon Bibb reports: What you throw out can come back on you; sometimes it's good! 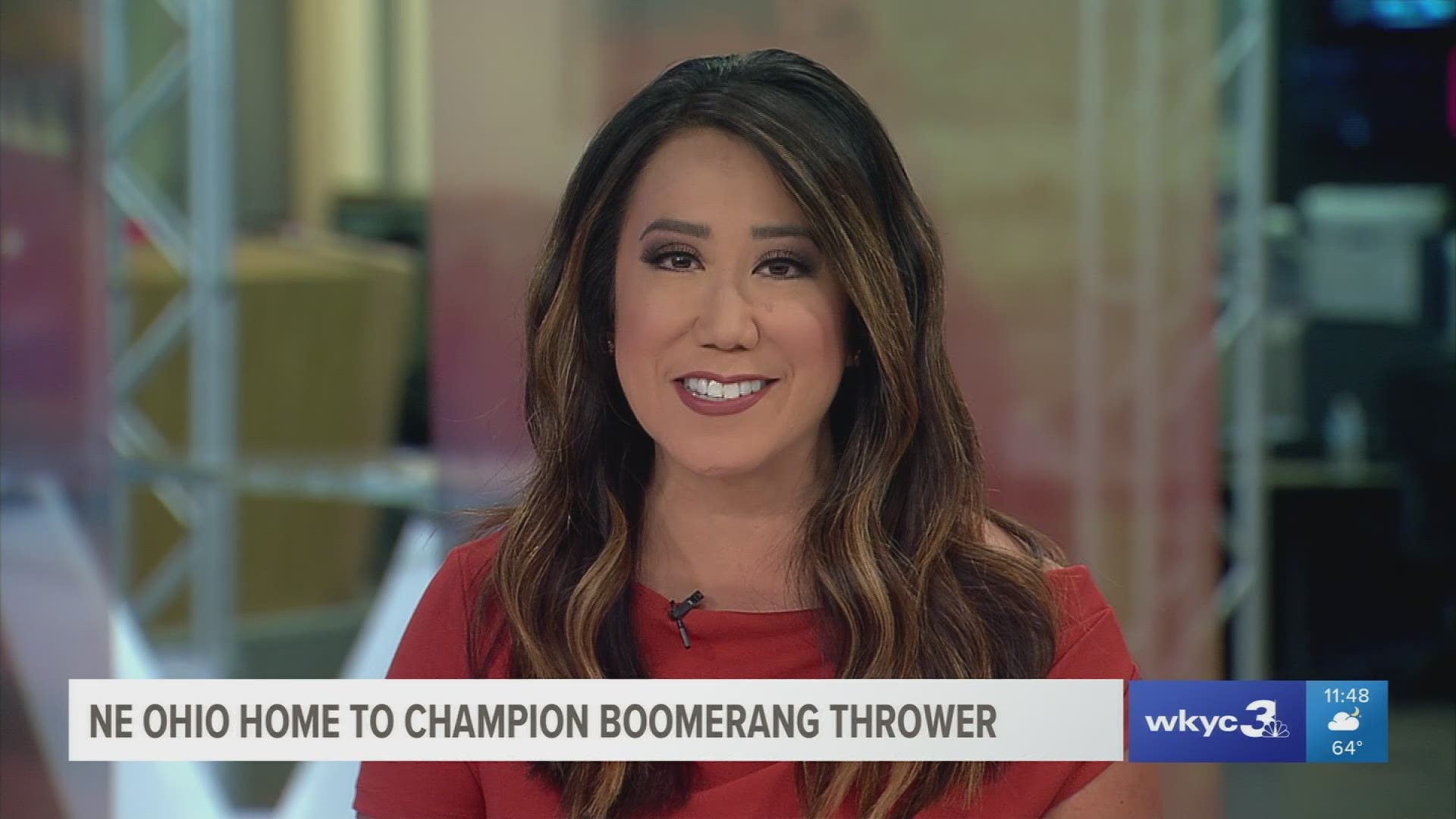 CLEVELAND — If you throw something out there, it may come back on you just as fast as when you hurled it. That could be said about many aspects of life.

Certainly, it can be said about Logan Broadbent -- a member of the world champion United States World Cup boomerang team.

Broadbent drew a small crowd as he took his suitcase filled with boomerangs to the Cleveland Metroparks Edgewater Park, which is conducive for anything needing steady winds.   After finding a boomerang in his kit which would do well with the winds out of the southwest, Broadbent let one fly.

The three-winged boomerang left his hand at about 90 miles an hour, and headed across across the wind.  At about 50 yards, the plastic boomerang, weighing about less than a pound, sunk its wings into the wind and made a sharp left turn.  Spinning, the boomerang turned into the wind out of the southwest, slicing through the currents and then turned again.  This time, it was bound for the place where Broadbent had launched it.   In a few seconds, the boomerang made its round-trip.

Broadbent, eyes on the whistling boomerang, saw it flashing back toward him.  With quick hands, he caught the boomerang and gave out a yelp.   So did I.

Several times more, Logan Broadbent showed why he is rated second-best boomerang thrower in the world and is a member of the world's first-place team.

With a grin as wide as a boomerang, he was victorious.  "Yeah!  That's how it is don," he bellowed.

If you want to see Broadbent in action, throwing it out and watching it come back to him, click on this story.  The prediction is:  like a boomerang in flight, you'll come back to the video time and time again.  Guaranteed.