A local business owner share his journey to recovery after a group of vandals hijacked the protest over the weekend damaging several businesses. 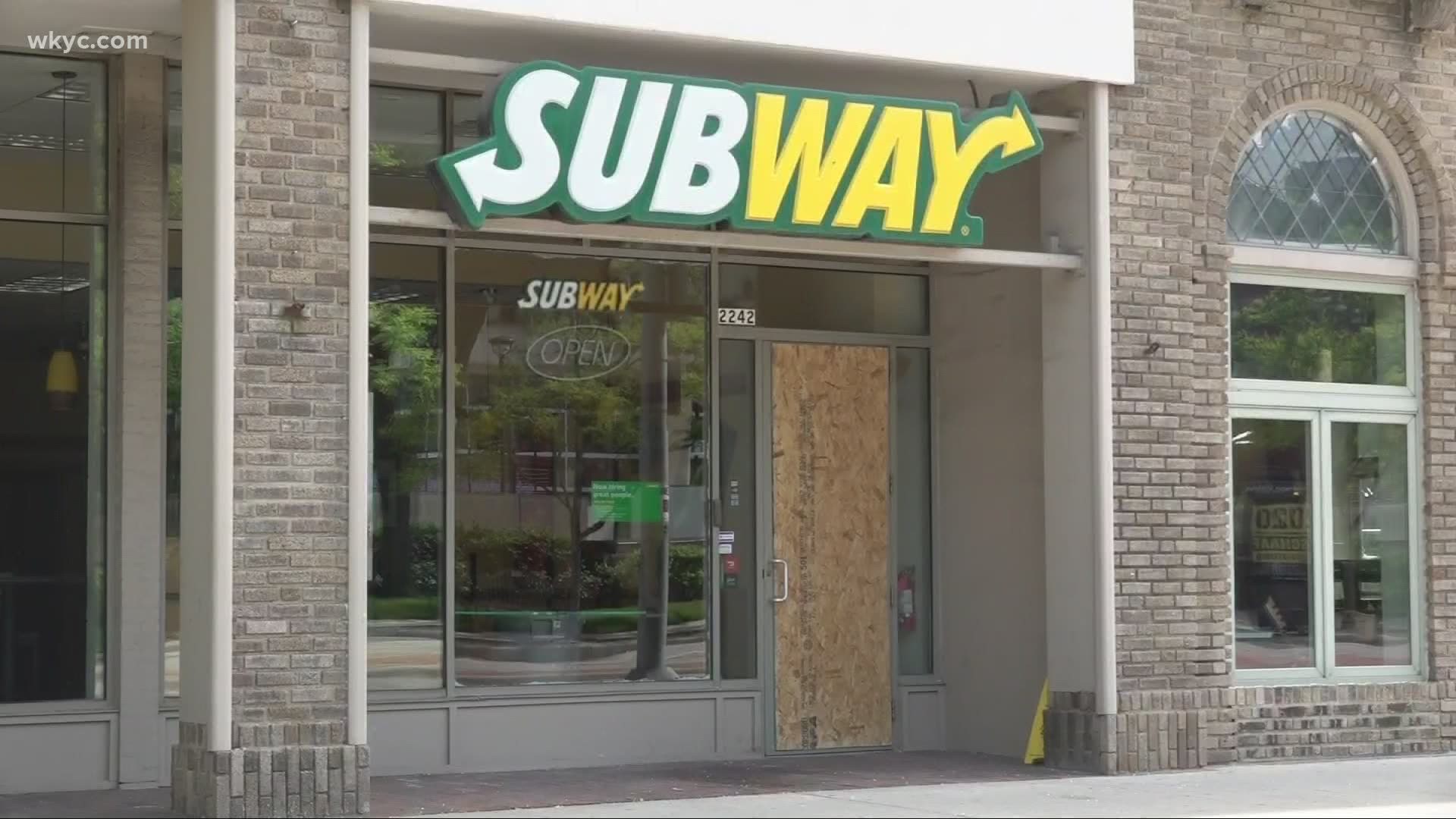 CLEVELAND — On Monday, some Cleveland business owners are trying to recover after the protest this weekend, which began peacefully eventually turned destructive.

“Opened the first Subway in Cleveland in 1985,” says Joey Faddoul. “It’s just been from nothing to success.”

By all accounts, Joey Faddoul’s family has achieved the American dream. His dad came to Cleveland from Lebanon, hoping for a better life and found one. After settling into Northeast Ohio, they were able to open multiple Subway franchises and have spent the last few months helping out the community during the pandemic.

“We fed all the workers at University Hospitals, Marymount Hospital and front line workers. We did it as a thank you,” says Faddoul.

The coronavirus shutdown hit his stores hard. Faddoul says they lost a lot of their weekly business and now, they’ll have to add cleaning up and putting his stores back together to the list.

“We had flipped toasters upside down,” says Faddoul. “They threw chip racks across the room and they broke bottle cooler doors. It’s not the same as a murder, but at the same time, it hurts. The people that work for us, as well as us ourselves, this is what feeds their families.”

The businesses vandalized and looted in Cleveland continued their clean up Monday. They worked to get their stores back together as well as boarded up broken windows, swept up broken glass and began filing claims for damage and stolen items.

While Faddoul agrees with the reasoning behind these protests that are happening all across the country, he feels when people take advantage of the situation to damage local businesses the message is missing the mark.

“What happened to George Floyd in Minnesota was a terrible thing and we want, like everybody else, justice for what happened,” says Faddoul. “The peaceful part of the day, the 3 or 4 hours that they had, was an amazing showing. I don’t know exactly what motivated them to do what they did, I just don’t think that violence is the right way.”

Of the businesses hit, the damage ranges and the owner’s reaction ranges as well.

Pour, a Cleveland coffee shop, was vandalized over the weekend and posted this to social media.

“Property damage can be fixed, things can be replaced, lives cannot. While we don’t encourage violence or destruction, we will not judge a response to pain, oppression and injustice that we cannot begin to understand. Thank you for wanting to support us, but please put your money and energy into supporting and sharing causes for racial justice.”

Now as these businesses put things back together, they’ll wait for the curfew to end to hopefully get back to serving customers in northeast Ohio.

RELATED: 'Where was the mayor?' Cleveland businesses question city's response to looting, destruction