When the twins were just 22 months they developed a very rare form of leukemia, AML. While Averyana went into remission, her sister, a minute older, died. 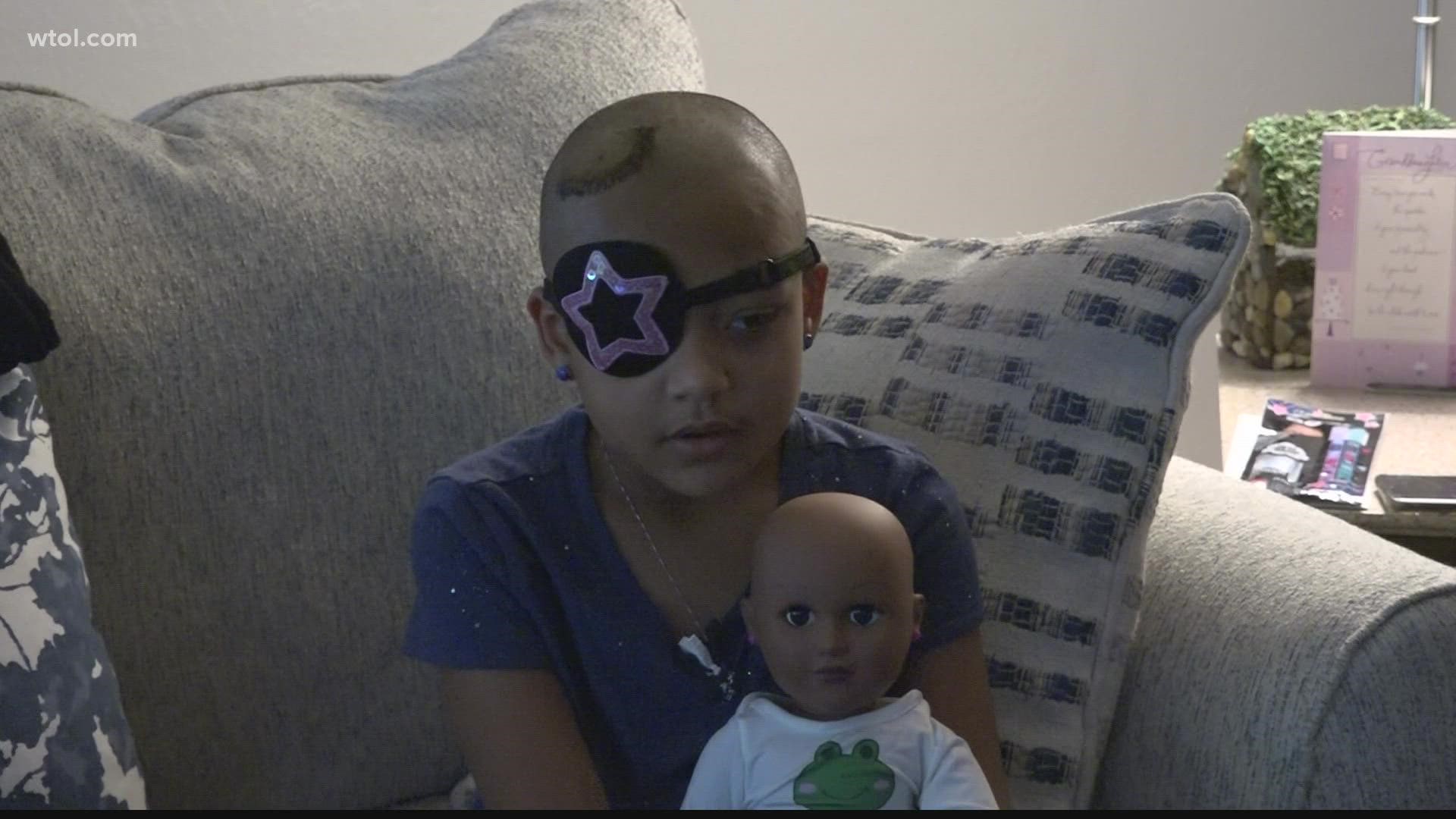 TOLEDO, Ohio — The Monroe family is seven kids, two parents and a lot of love. They're very big supporters of September being Childhood Cancer Awareness Month and the reasons are their youngest family members.

The babies of the family, twins Averyana and Adriyana were born at 27 weeks explained mother Jeni Monroe. Thus, the trio share a special bond.

"On your birthday," Averyana Monroe said.

So eight years ago on September 21, it was the three musketeers, Averyana, her identical twin sister Adriyana, and Jeni. But now, it's Jeni and Averyana.

When the twins were just 22 months they developed a very rare form of leukemia called AML Leukemia. The pair underwent treatment and Jeni said it was hard on the whole family. But  her girls were brave and their connection was greater than anyone could have imagined.

Right next to me and she said, 'Don't be afraid and trust in God.' "

The pair underwent treatment, and Averyana went into remission. Unfortunately, her sister, a minute older, passed away shortly after their third birthday.

"I miss her," Averyana admitted.

While the family coped with their loss, they also had to rejoice. For the next nearly five years Averyana was cancer free.

But at the beginning of September, cancer is back in her little body, now in the form of a brain tumor that was behind her right eye.

Yet, Averyana is still full of giggles, smiles, and looks to a higher power.

"Feel happy for me because you know Jesus got me," Averyana explained.

She said she doesn't want anyone to feel sad or upset. Jeni said she's proud of her little survivor. The two travel to Columbus at least two times a week for chemotherapy.

The both miss Adriyana and Jeni explained that before the twins were diagnosed, it was only Averyana that was getting the attention. But, she said she fought for the doctors to look at her daughter, only then was Adriyana diagnosed with the same cancer a month later. She argued that advocating for your child is key.

"You know your child better than anybody else. you know if there's something that's not right," Jeni said.

While parent advocates are great, Jeni said, the community should really rally behind childhood cancer like they do other cancers. She noted that September is childhood cancer awareness, gold is the color, but people aren't focused and the support for children isn't there.

Though Jeni admitted she does worry, as any mother would, she said Averyana is full of grace. The little 8 year old listens to praise and worship music, enjoys arts and crafts, does enjoy going to school as a second grader and really doesn't mind fighting this cancer battle.

"I've been through this one time; I can do it a second time, " Averyana said.

To follow along on her journey click here on her Facebook page. There's also a GoFundMe page to help pay for her costly medical bills as Averyana works to beat cancer a second time.