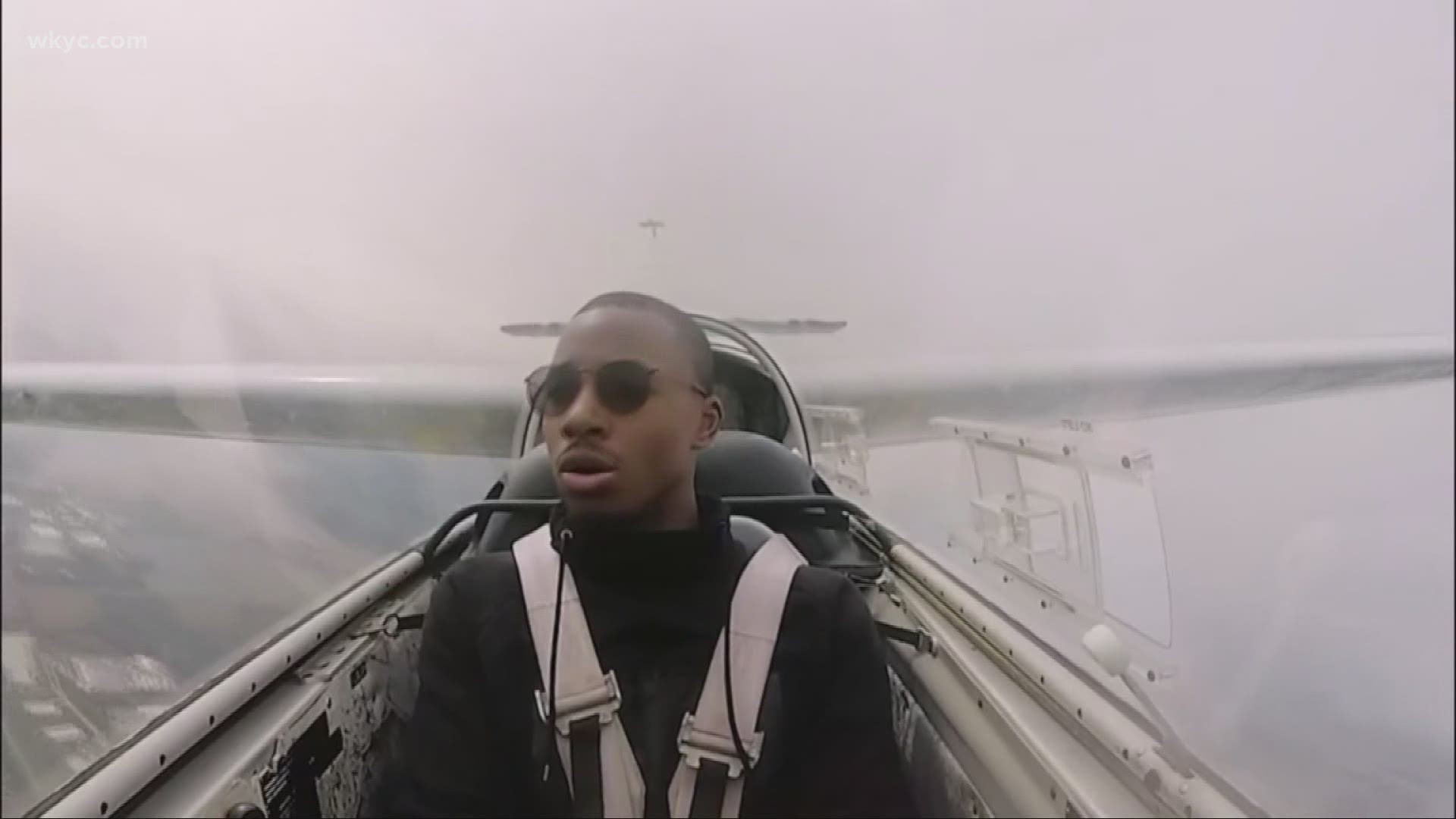 CLEVELAND — Growing up, many children aspire to be police officers, doctors, athletes or maybe even a veterinarian. But for 28-year-old Shawn George, the answer was astronaut. The only problem, the East Cleveland native didn't know any and had never been exposed to any form of aviation.

"We never had a pilot come by [on career day], we never had an astronaut come in. And I felt like that was something we were missing growing up, and we need that representation," George explained.

Turns out, he was right. According to the Bureau of Labor Statistics, Black people make up less than four percent of aircraft pilots and flight engineers.

"I decided to blaze that trail and create it, so that was the driving force behind becoming a pilot—was to bring that representation home," said George.

He began his studies at Kent State University, majoring in engineering. But after a brief bout with calculus, he switched gears to focus on aeronautical studies. But George desired a more hands-on approach to learning. As a result, he reached out to a local flying school and started from the bottom, washing planes, seven days a week.

From washing planes to fueling aircrafts, George worked his way through the ranks while studying and preparing for his practical exam, which would designate him a licensed pilot.

"It was the best day of my life," he said. "And let me tell you, it was a special day, such a special day," George recalled of the moment.

But even with a bird's eye view, Shawn remained focused on the community-searching for ways to introduce others, especially kids, to his passion. As a former employee of the Boys and Girls Club and a Board member for the Footpath Foundation, George understands the importance connecting with children. He also sees value in what the exposure of new experiences can do for budding minds.

"A lot of times, the day ones get left out once you start to elevate to the next level and sometimes, in some cases I feel like that may be necessary for growth," he said. "But in this case, I like to inspire them so that they can come with me on this ride and maybe that may impact their ride a little bit."

Shawn George currently works for FlexJet, a luxury private jet company, as dispatcher and creative director. He has the opportunity to network and foster relationships with some of the most seasoned pilots in the world of aviation.

" I feel like that sense of freedom, that I get whenever I fly is available to anyone." says George. "As long as you give aviation the respect that it deserves."

If you'd like to suggest a feature to Kierra, you can connect with her via email at kcotton@wkyc.com or via Twitter.