How one Veteran is applying lessons learned in Air Force to her business. 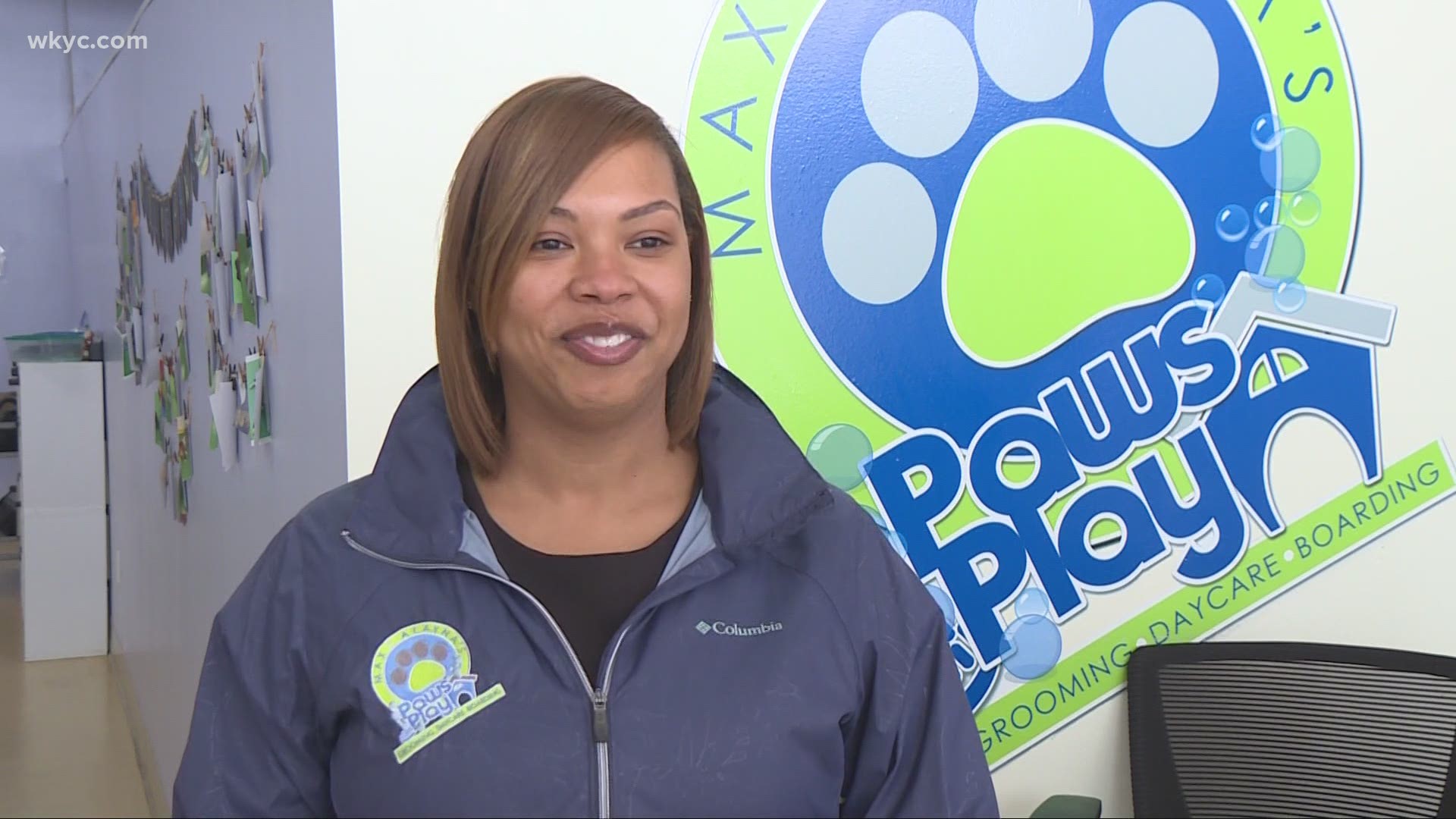 CLEVELAND — Teressa Doaty is the owner of Paws Play, a dog daycare and boarding facility in downtown Cleveland. She says when she was younger, money for college wooed her into the military.

“Soon after, I mean not even getting out of boot camp it became so much more than the college tuition that I signed up for,” says Doaty.

Doaty served in the Ohio Air National Guard then as an airplane technician in the United States Air Force for seven years. Her dog Alayna, right there with her with the exception of deployments.

“In 2010, I deployed to Turkey and I had to leave her at home with my mom. It was only three weeks long, but when I came home she was my mom’s dog and that killed me,” says Doaty while laughing.

After working for the RTA, she combined her love for dogs and business by opening up Paws Play. Its a daycare and boarding facility for dogs of people who work and live downtown. She also incorporates the military spirit into her business.

“I implement all core values of the Air Force, service before self, integrity first, and excellence in all we do, and that’s Paws Play,” says Doaty.

Paws Play is offering a discount for pets of military and veterans today.

“I know it’s exciting and I don’t think that there is enough is given back to our service members. If I could have even a small hand in that, I’m more than over the moon ready and happy to do what we can as an organization,” says Doaty.

A veteran owned business with a heart for dogs and the military.

“To other veterans, I say thank you for your service. Thank you for your commitment and the sacrifice you’ve given over the years. You are honored, you are not forgotten, keep doing what you’re doing,” says Doaty.