Marking life's milestones: Buying a home and moving states during a pandemic

A job opportunity at the Cleveland Clinic, and a home purchased over FaceTime 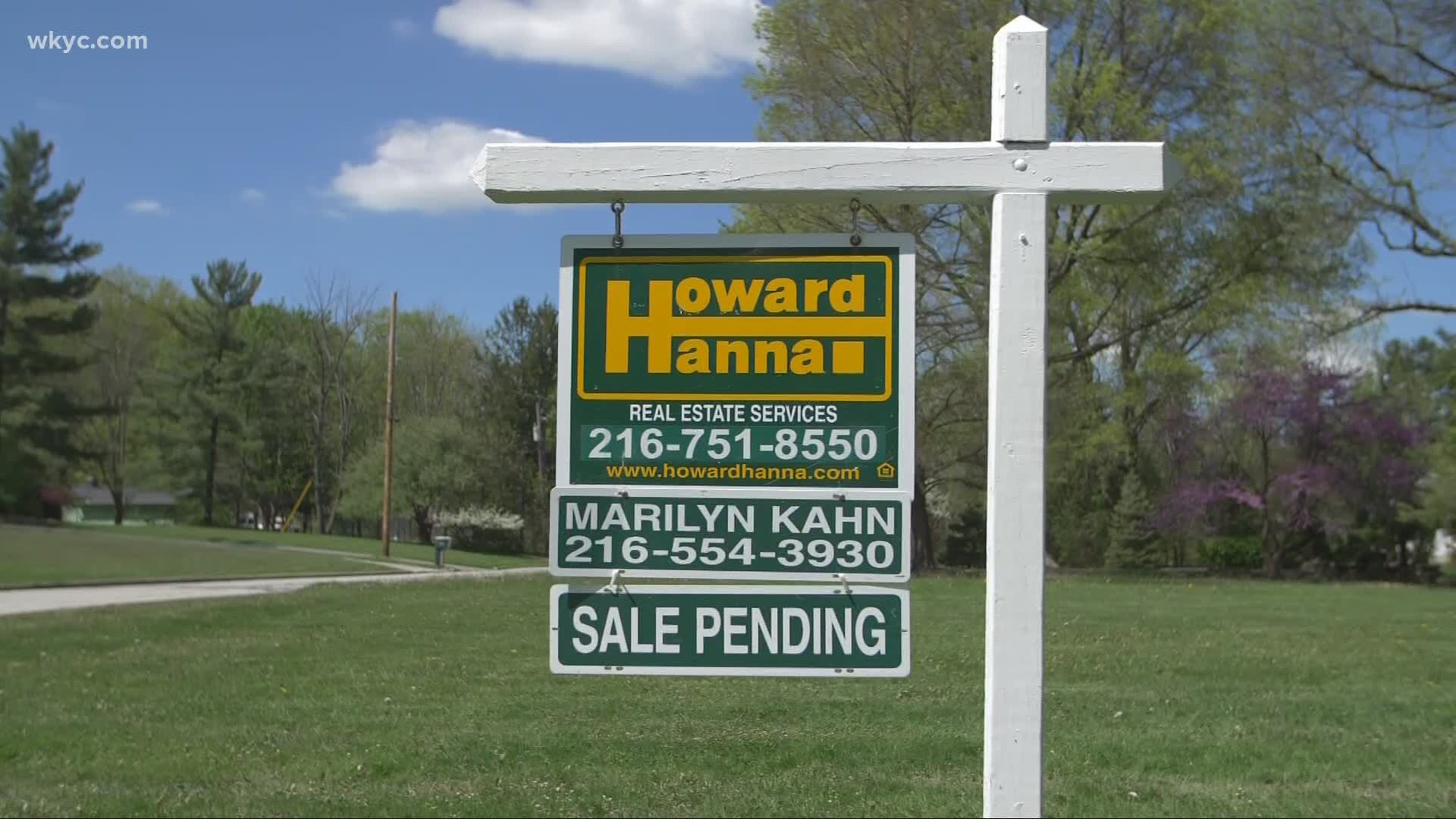 SHAKER HEIGHTS, Ohio — Ivey and Brett Baker have never been to Cleveland, but they just purchased a home in Shaker Heights, over FaceTime.

Ivey is a financial advisor, and Brett, a plastic surgery medical resident. They were settled into their life in North Carolina with their two young sons. But Brett learned of an exciting opportunity with the Cleveland Clinic right as the global pandemic began.

"It was April 6 when I was accepted and within a couple of days we were looking for houses," Brett told 3News in a recent interview.

They knew finding their new home would look very different from their previous experiences.

"You know five years ago, when we moved here, I looked at like 45 houses before we got the one that we ended up buying," Ivey explained.

"So getting into a home in Cleveland, all the while, everything shut down...was a little overwhelming."

Given the current situation, the Bakers decided they would have to do it all virtually - starting with finding a realtor.

"I found my realtor through social media and I just immediately connected with her," Ivey said.

"There was a personal connection in an impersonal time," added Brett.

Their realtor, Marilyn Kahn of Howard Hanna Real Estate Services, said she wasn't sure how buyers and sellers would feel amid growing concerns about COVID-19.

"Buying a home is the biggest purchase they'll make in their lifetime and it's a very emotional purchase," Kahn said.

Although national and state-wide home sales are down, Cuyahoga County has actually seen an increase in sales over this time last year.

Real estate was deemed an essential business in the state of Ohio, but Kahn says every client has approached the process differently.

"Since COVID-19 has taken over, we do a lot of our connections with FaceTime and Zoom and phone calls. We will do anything to follow a buyer's, or seller's lead - whatever they're most comfortable with."

The Bakers say they too, were surprised that such a momentous decision was ultimately an easy one. They fell in love with their new home during a FaceTime tour directly with the sellers.

"This has taught us all ...just a resilience, that this isn't that bad, we can figure this out. Technology's amazing," said Ivey.

And now, the Bakers are looking forward to seeing their new home for the very first time when they make their big move to Ohio next week.

"It's exciting, and I have a hopeful, optimistic perspective...as warm and inviting as the community has been in this transition," Ivey told 3News.

"In a kind of funny way it's almost like Christmas morning...or seeing a child for the first time. It'll be an exciting adventure."

RELATED: Marking life's milestones: The challenge of pregnancy amid the coronavirus pandemic