Native Americans talk about elimination of Chief Wahoo and Indians name from sports and their contributions beyond annual Opening Day protest. 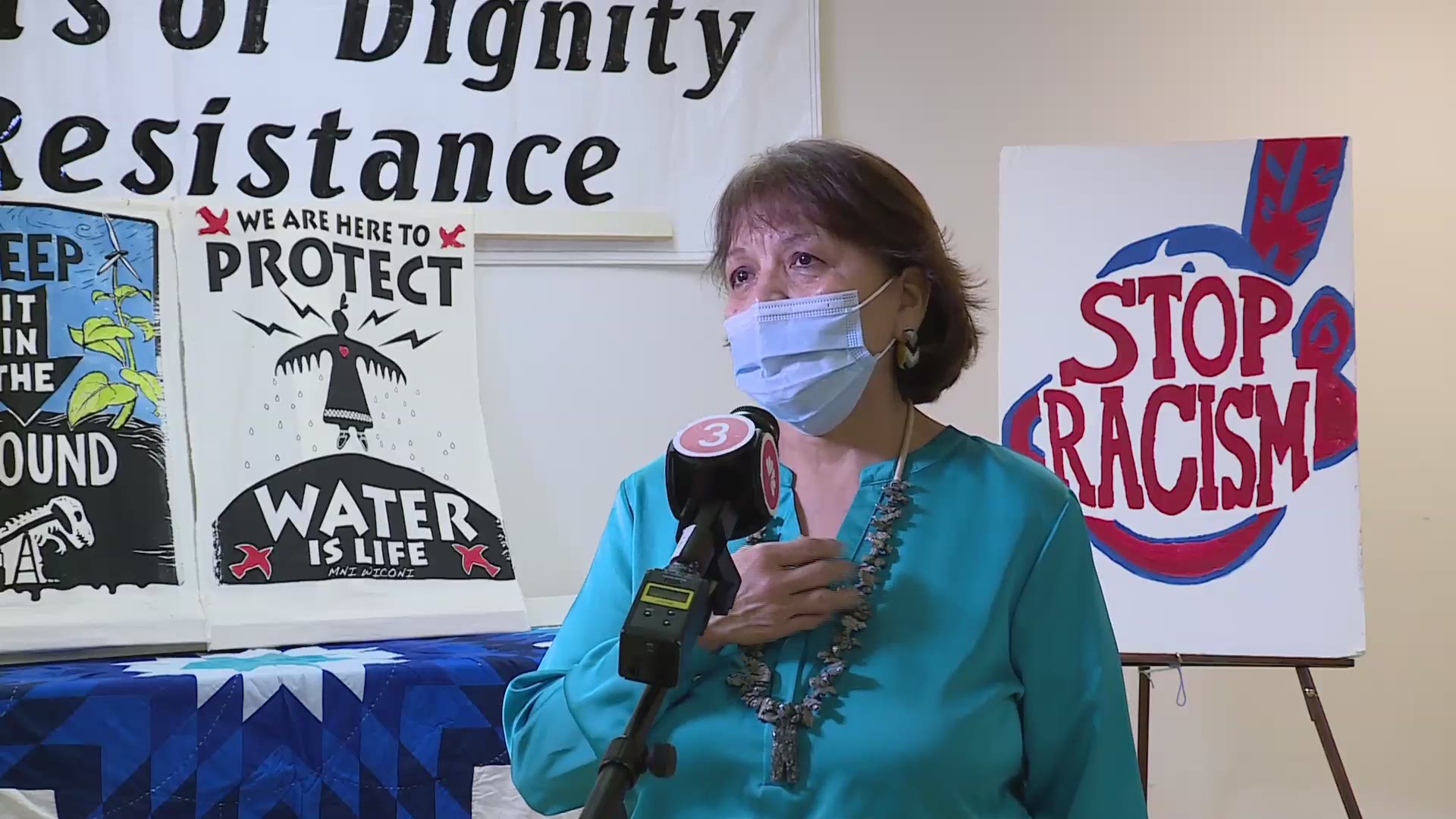 CLEVELAND — Cleveland baseball starts Sunday in Goodyear, Arizona, when our home team takes on the Cincinnati Reds in its spring-training opener.

It marks the final year the team is expected to play as the "Cleveland Indians," a name dating back more than 100 years. The ballclub announced in December it will be dropping the name, long seen by Native Americans and others as demeaning.

3News recently interviewed real Cleveland Indians about the change, and we asked them to tell us more about their culture beyond the annual Opening Day protest of the team.

Thousands of Native Americans and those with some Indian blood call Northeast Ohio home, according to the Lake Erie Native American Council, which opened its video and photo archive to 3News.

“This is native country,” said Chris Begay, of the Dinè nation, who is chair of the Committee of 500 Years of Dignity & Resistance, which advocates for indigenous cultures and heritage through education and activism. "So, you know, there’s no separating me from my own land.”

Their culture is celebrated at home and at an annual “wacipi” or pow wow - organized to help pass Indian traditions to the next generation.

“We’re not all pure anymore,” said Bernice Begay, who came to Cleveland decades ago during relocation, when the federal government offered to assist Native Americans moving from reservations to urban America.” We’re not all Indian anymore. We are all different nationalities running through our veins. But our blood is still all red no matter what it is.”

Cleveland’s Native American Indians are most recognized for their annual Opening Day protests. Though they say the association shortchanges their culture and contributions, it has been a big part of the struggle to be recognized beyond stereotypes.

Protests have called on team owners to drop the name and banish the red-faced, buck-toothed Chief Wahoo logo, widely viewed as a racist stereotype.

“I was called Wahoo when I was younger,” Tory Necklace, a Native American living in Shaker Heights, said. “My nickname my grandmother gave me is ‘waabooz,’ which means rabbit. People would hear my family call me that and they would just call me Wahoo because they thought is sounded the same, I guess.”

Jessie Vallejo is part Yaqui Indian and Mexican. She is a massage therapist and doula who shares a Cleveland studio space – Sacred Spaces 216 -- with several Native American groups and wellness practitioners.

“We have been erased by allowing that emblem to dignify not who we are,” she said. “It has been like ripping open a wound that’s always been trying to heal.”

“We have a multilingual-families, multiracial, multiethnic,” she said. “And at this point in history, we're everywhere. We’re not just confined to the borderlands. And we’ve been in Ohio for generations.”

Native American’s call for proper racial recognition was magnified by last summer’s demonstrations against racial injustice, which forced some sports teams and other institutions to confront the true history of flags, statues, names and mascots.

The baseball team, which removed Wahoo from uniforms after the 2018 season, has not settled on a new name yet -- though it promises a clean break from Native American appropriation. The team told 3News Friday the name change is complex and slow process but recently began seeking fan input on a new name.

“We can confirm that we sent a survey regarding the name change out to our fans,” said spokesman Curtis Danburg. “This fan-solicited feedback is just one portion of a multi-phase process that we vowed to take when we decided to embark on a new name in December. Future decisions will continue to take time due to the complexities of the process. Fans who want to be involved in our process moving forward are encouraged to register under the ‘Fan Involvement’ tab of our website.”

Marjorie Villafane is a member of Standing Rock Sioux nation in North Dakoda – and like many - came to Cleveland in 1965 through a federal program relocating Indians from reservations to urban America.

“All the work that we put in, there's finally paying off because we used to educate the public, say this isn't right,” Villafane said. “People at home were rooting for us, you know, supporting us, even though the demonstrations, very few people would show up. That was hard facing all that racism and hatred. But we stuck together as small group of committed people.”

The government put her in a house on Detroit Avenue with five roommates. There, she went to

“After school, I got married and stayed fifty-three years and more,” she said with a laugh.

She was inspired to protest by a speech Native American Activist Vernon Bellecourt gave at Oberlin College. Years later, he would get arrested for burning a three-foot effigy of Chief Wahoo at opening day.

“He said start a group and go after the team the name and logo,” she said.

Beyond a yearly sidewalk protest, they have been preaching against the team name and Chief Wahoo in everyday life.

“Even in the classrooms, our kids were being told tomorrow is Indians day and you must wear a shirt,” Bernice Begay said.” You know, we didn’t approve of that and we demonstrated against that. We had parents going to the classes and telling them this is not appropriate. Your hurting our children. You know it’s a disrespect and it’s not an honor.”

Tory Necklace and her husband are raising three small children. She said she is happy the Indians name and logo will fade away.

“And us as individuals, we all know who we are here,” said. “And we're your doctors or lawyers or your children. We're not back-in-the day plains natives that just talk like a caveman. I guess we're like everybody else but is just we have a harder time being seen because we're being pushed back with that.” 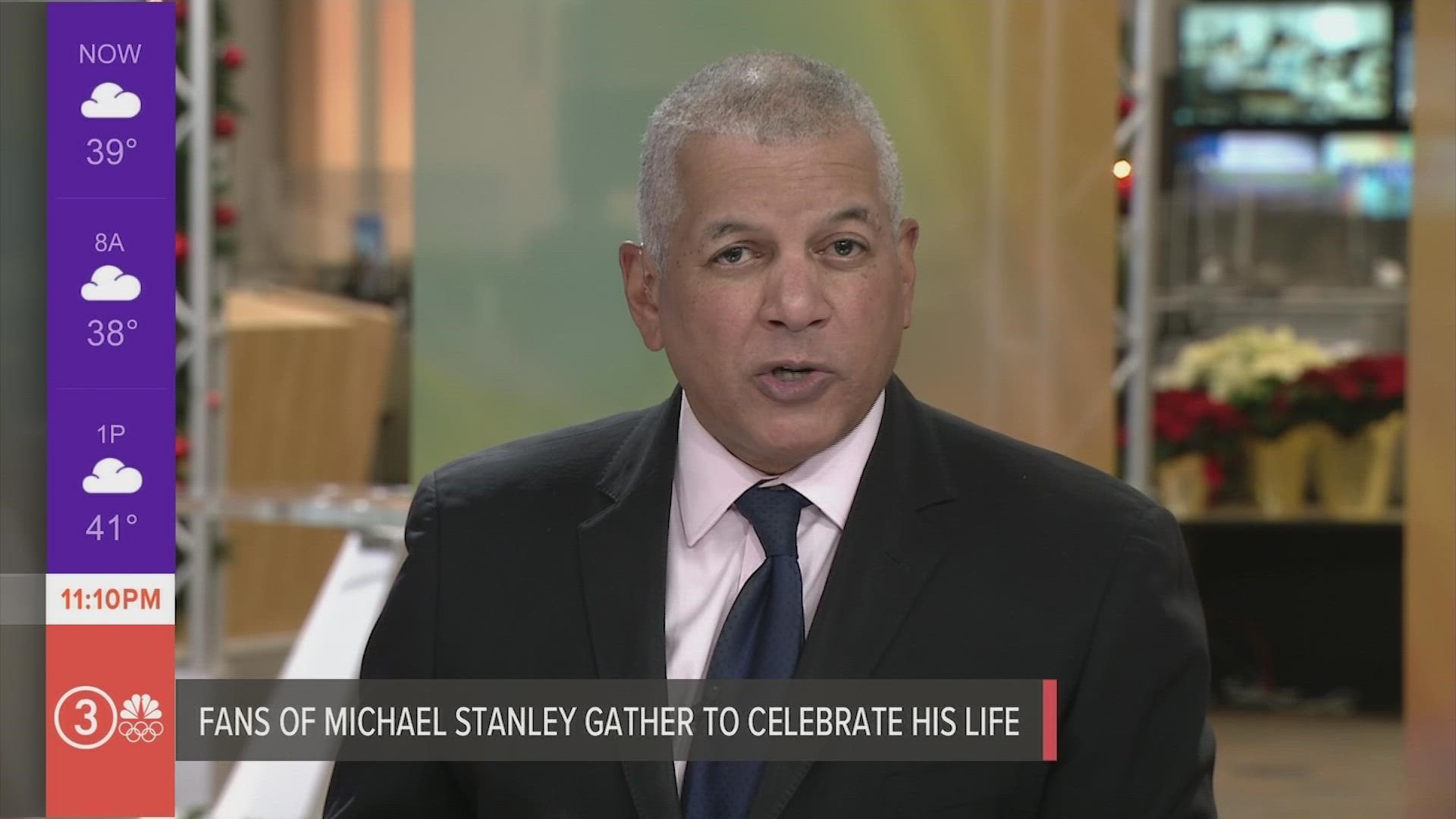