“A lot of people wrote me messages on Facebook. Some of the people had similar situations. Their kid was in the NICU,” David Deutchman said. 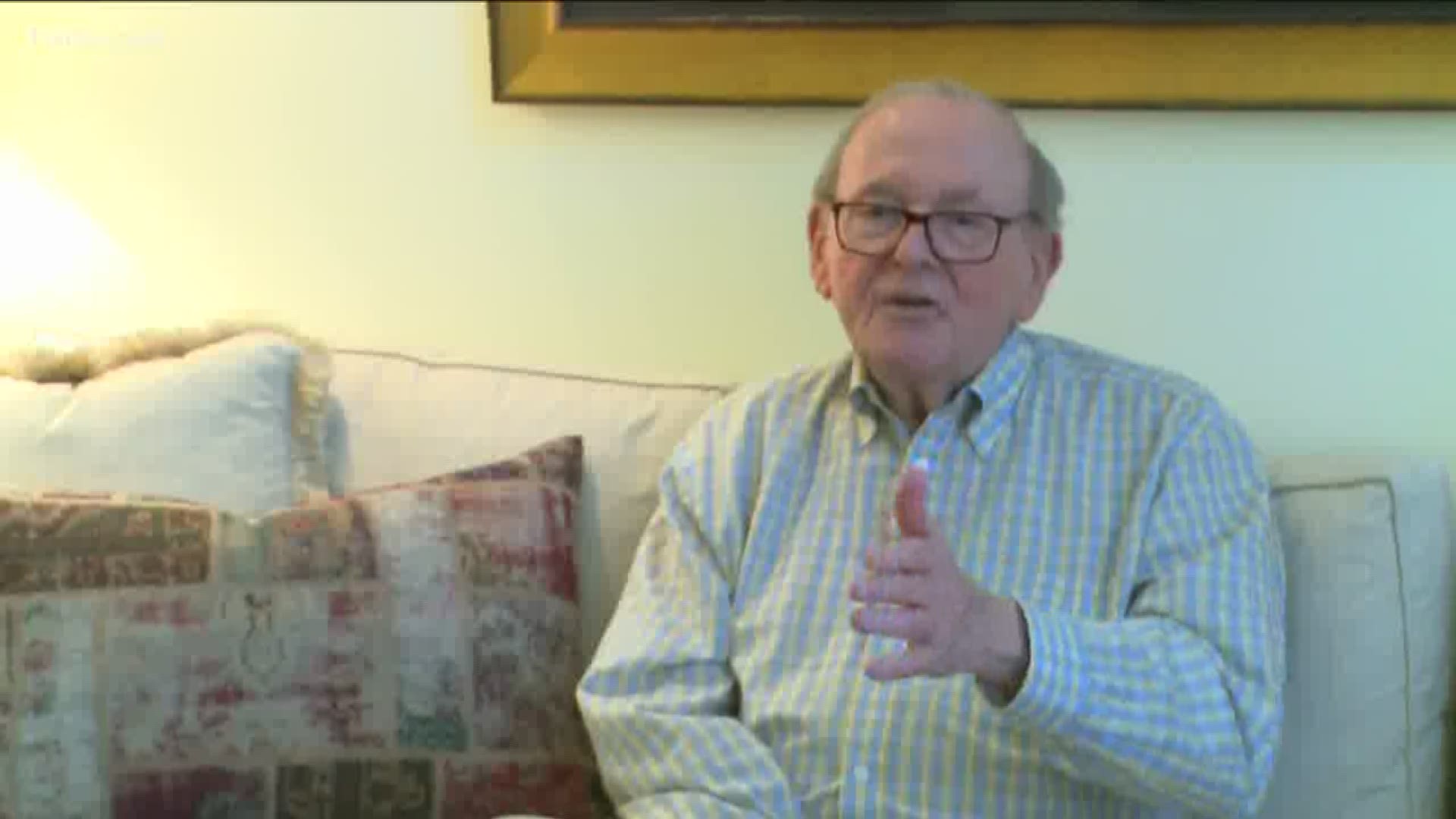 SANDY SPRINGS, Ga. — His story stole thousands of hearts a couple of years ago.

David Deutchman, also known as the “NICU Grandpa,” grabbed headlines back in 2017. The 84-year-old got a lot of attention for his snuggle sessions with the premature newborns at the Children’s Healthcare of Atlanta.

11Alive’s Nick Sturdivant recently caught up with him at his home in Sandy Springs.

“A lot of people wrote me messages on Facebook. Some of the people had similar situations. Their kid was in the NICU or a woman wrote me that she was a nurse in the NICU in Germany,” he mentioned.

“People thought it was a warm, wonderful story about here’s this old guy holding babies, you know,” said Deutchman.

He says he continues his volunteer work at the hospital. Although he’s been nicknamed the NICU Grandpa, it was an emotional journey as a volunteer that led up to that all of this.

Deutchman wrote about his experiences in his book.

“I started it well before this ICU grandpa thing hit. I was just thinking about some of the experiences I’ve had and started writing down a few paragraphs,” he explained.

His book is entitled, “My New Purpose: A Retiree's Discovery in a Children's Hospital ICU.”

It was published last May, and it details his work as a volunteer, along with the ups and the downs.

Since our last story, Deutchman has also made an appearance on a Mass Mutual commercial as an unsung hero.

“They show me walking down the hallway of a hospital with a baby crying and I go pick up the baby,” Deutchman said smiling.

Back in December, he was featured on NBC’s Sunday Today.

“People shouldn’t complain about little things. They don’t know difficult until you see what goes on with some of these families,” he explained.

He still volunteers and keeps in contact with a lot of the families he’s come across over the years.

The beloved referee lost his car. When the league's parents found out, they moved him to tears with this surprise.