‘No greater love, I am my brother’s keeper': Former Marine gifts kidney to younger brother at University Hospitals

Two brothers are connected by blood, love and a lifesaving gesture. 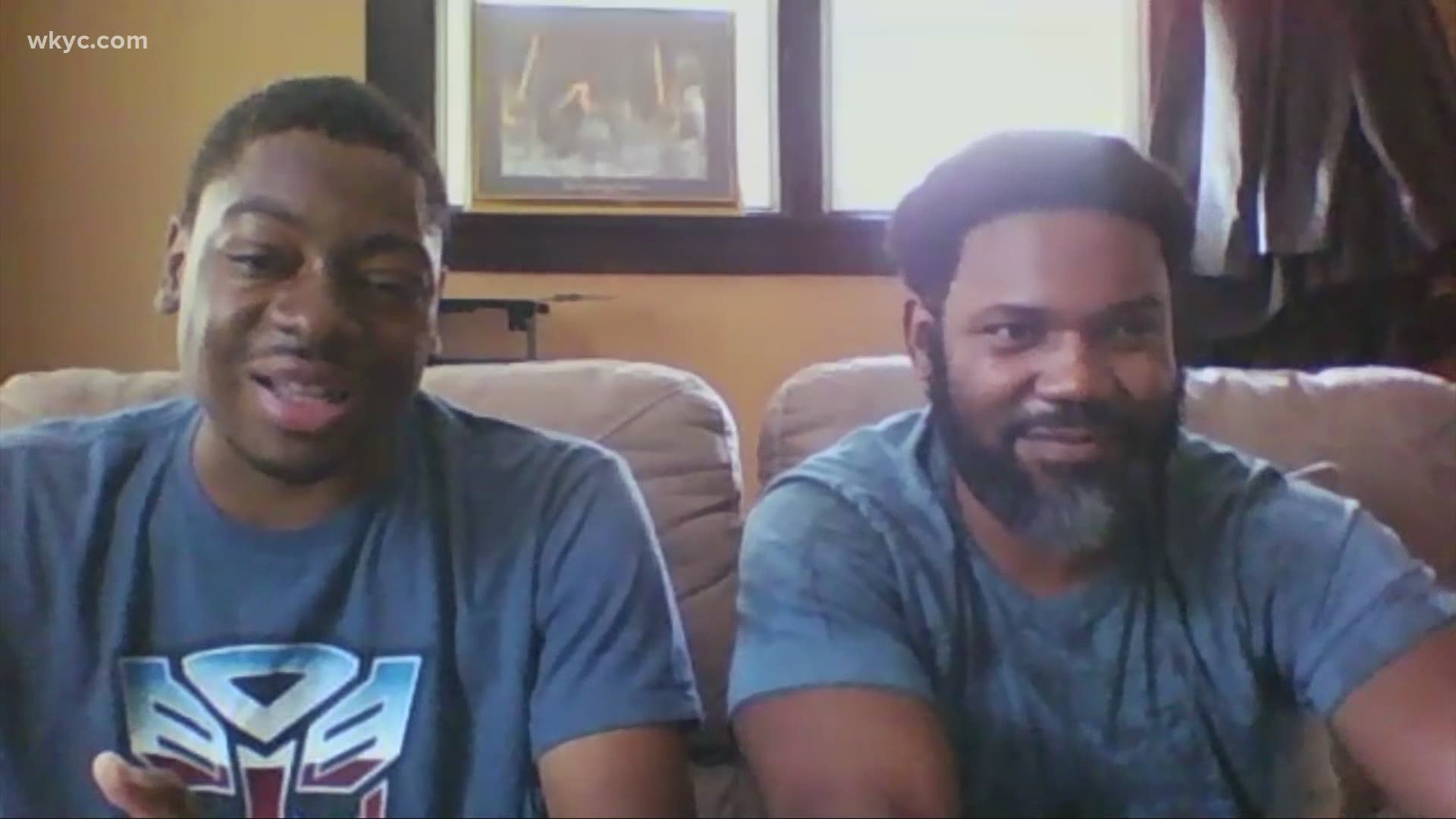 CLEVELAND — This is the story about a Marine and a minister, Chris Morgan and Walter Lee Boykins III.

They are bonded by blood as brothers, but separated in age by ten years and by miles too.

“I missed a lot. The most of his significant activities I missed, I think I flew in the day before he got married and flew out the day after he got married, I missed all three of my nephews being born. I missed his high school highlights, yeah, a lot,” Chris says.

“He's always had my back in that same sense that he's always stood up for me. He has been there for a lot of my big moments. My father died when I was in seventh grade. He never got to see me play, but Chris got to witness me,” Walter says. “He's kind of filled in on moments. Like I say, my glory moments in life for me. And how he's given me a better quality of life where I can, maybe share some glory moments with my son so that I can just shed some light on what Chris has been. He's always been there."

Walter was diagnosed with Type 1 diabetes as a child. He carried on with life until as an adult, his kidneys began to fail.

A transplant was his best option and his family offered to help.

“My mother, I believe she was going to try and be my donor, but she had high blood pressure, so she couldn't do it. I had an aunt who stepped up but as more people stepped up, they all had complications. So dialysis was the best option,” Walter says.

By this time, big brother Chris had retired from the U.S. Marines and come back home. He knew his little brother was in trouble, so he got tested too. But he kept it a secret.

But he was a match, but still decided not to tell the Walter.

While waiting for the transplant date, Chris decided to document his own journey. Even on surgery day he hatched a plan to keep Walter from thinking he was the donor.

“I called him the night before and I was like, send me a picture of where you are right now and what you're doing. Cause I feel like when he's in the hospital, then you'll see the hospital. Instead, he sent an old picture,” Walter says.

A picture that looked like home, not the hospital.

Surgery day came at University Hospitals and both brothers made it through just fine.  But Chris and the transplant team had one more surprise for Walter.  A note, written by Chris, held next to his donated kidney.

It read, ‘No greater love, I am my brother’s keeper.’

The day after surgery, it was time for Chris to reveal his secret to his brother. Walter was grateful to God and only slightly surprised.

“And when, when you find out that he's the donor, I mean, Chris says he's always had my back in that same sense that he's always stood up for me. He has been there for a lot of my big moments,” Walter said.

“I had it to give and then he needed it. So it was just, it was, it was one of those things that it just needed to be done,” Chris says.

It’s a story of brotherly love, but they insist there’s a bigger meaning behind sharing their story. They hope it saves lives and brings awareness to the critical need for minority organ donors.

“If there's a family member or someone close to you that you're a match to and you can help I would highly suggest that you do some research, talk to the donor coordinators and just get the information in and sit through to learn about what they can do to help the other family members or people that they know or don't,” Chris says.

Two brothers, connected by blood, love and a lifesaving gesture.

In 2019, the UH Transplant Institute completed 195 organ transplants, the largest volume in the hospital’s history. Surgeons transplanted 18 hearts last year, a record for the program.

By June of 2020, the team completed 18 heart transplants, on track to double numbers from last year.

In 2020 They’ve completed 181 organ transplants (71 ahead of last year at this time.) The list includes: