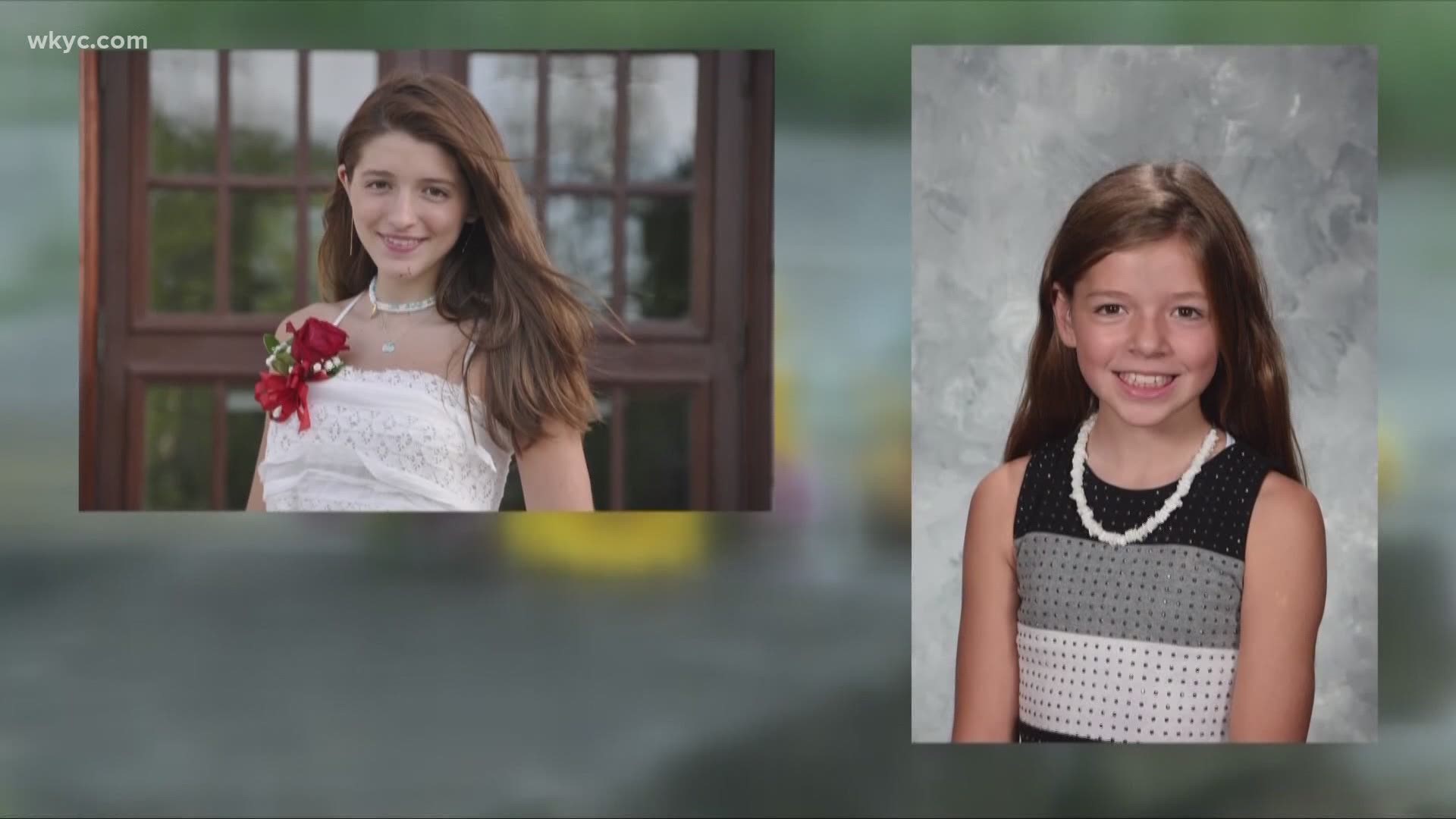 CLEVELAND HEIGHTS, Ohio — The father of the two Cleveland Heights girls who died earlier this week in a tragic hammock accident invited 3News' Laura Caso into his home on Friday.

14-year-old Scout Scaravilli and 12-year-old Chasey Scaravilli were in a hammock on Sunday evening that was tied to a tree and a brick pillar. Officials say that pillar collapsed and fell on the girls. Both were taken to the hospital, but later died from their injuries.

"I don't blame anybody, I don't blame myself, I don't blame those girls," JJ Scaravilli, Scout and Chasey's father, told Laura Caso. "I looked at it 100 times. I never thought a brick pillar would come down like that - it was never in my mind."

JJ said not only would his girls light up a room, but their entire house from the inside to the outside. They loved playing in their backyard together. Scout and Chasey were inseparable, a dynamic duo as two of four sisters.

"There's a lot of pictures on the internet with those girls," JJ adds. "I am their dad, I always thought they were the most beautiful creatures and they are definitely beautiful. But their real beauty is and was on the inside and it still is on the inside."

Meanwhile, the community continues to mourn the loss of Scout and Chasey.

Hundreds gathered on Monday evening for a vigil at Hathaway Brown school to honor the Scaravilli girls. Through hugs, tears, speeches, and even sending off two lanterns, parents and their kids consoled each other.

Sharon Baker, Director of the Hathaway Brown Middle School says its understandable why the students were all in tears.

“Particularly for children, they’re not equipped. They’ve never had the experience of losing a young person in their lives, they don’t have a language for it,” says Baker.

So through hugs, tears, speeches, and even sending off two lanterns, parents and their kids consoled each other.

The Scaravilli family has a generational connection to the Hathaway Brown School. School leaders say the family is special and they didn’t hesitate to honor the sisters.

“Providing them some support and the space to be together and to not have to say word but to know that everyone is feeling the same things they’re feeling is really important for them to start to make sense of tragedy,” says Baker.

Two lives lost, but two girls no one will forget.

“They’re in everybody’s hearts,” JJ Scaravilli said suring a candlelight vigil. “They had a lot of support here tonight and that’s the only reason I came, cause I needed that support from the community and I got it. I’m so appreciative for everybody who came out tonight.”

On Wednesday, the Hathaway Brown school announced that the Scaravilli family has launched a memorial fund to honor Scout and Chasey.

"To honor their devotion to HB, the Scaravilli family has established the Scout and Chasey Scaravilli Memorial Fund as a lasting tribute to these remarkable girls," said Head of School Fran Bisselle, "their warm hearts and vibrant spirits will be cherished by family and friends and it’s fitting that their legacy includes a continuation of their deep appreciation of sisterhood."

Scout and Chasey leave behind two younger sisters who will begin fifth grade at Hathaway Brown in the fall.

The school is encouraging anyone who would like to contribute to the fund, to do so here.