Lost purse found at North Canton Middle School after more than 6 decades, with incredible artifacts inside

Among the items? A 1956 Vikings football schedule, & even a stick of Beech-Nut gum! 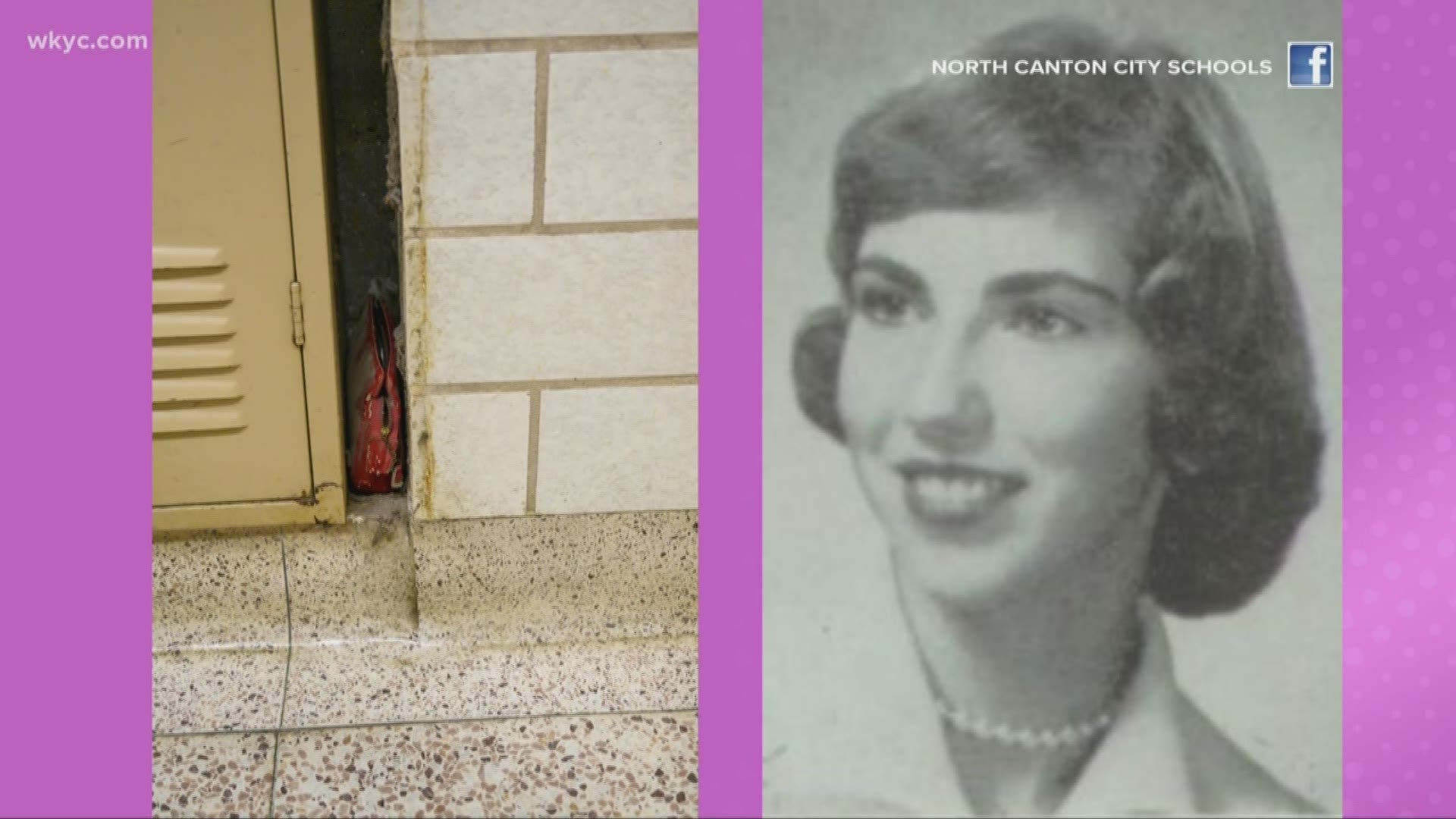 NORTH CANTON, Ohio — Last spring, officials at North Canton Middle School discovered a lost purse in between the wall and the lockers. What they did not know is that its contents would offer an amazing glimpse into a bygone era.

The bag belonged to Patti Rumfola, who graduated from Hoover High School in 1960. Administrators were able to track her family down after finding the purse after all these years, and while Patti unfortunately has since died, her five children recently gathered to open the purse and have a look at their mother's live as a typical Stark County teenager.

What they found is absolutely amazing, especially for other people who came of age during the 1950s in Northeast Ohio. Among the artifacts still inside the purse were nine wheat pennies, a Vikings football schedule from 1956 (including a game against the old Kent State University High School), photos of family and friends, a medallion of the Virgin Mary, and even a stick of peppermint Beech-Nut Gum.

The Rumfola family generously gave the school district permission to publish photos of the vintage items. You can view them all in the Facebook post below:

RELATED: Someone left a Valentine's Day message for mom in snow outside Cleveland Clinic