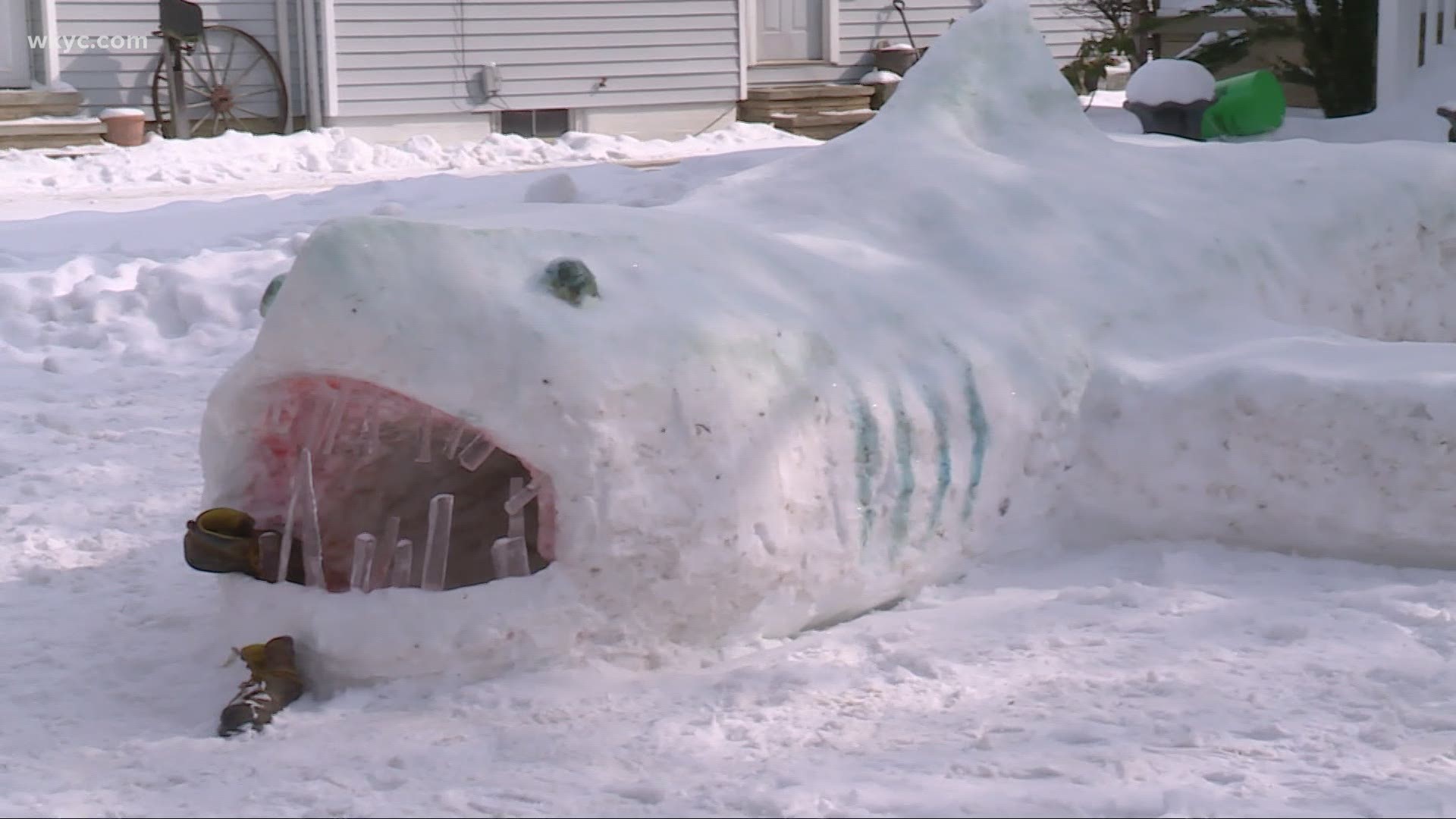 BEREA, Ohio — We all known about snowmen, but what about a "snow shark"?

Dylan Blair helped create the shark, and even built a mini-tunnel so he could crawl inside its mouth!

"Every time I went in there, it was just for a picture or something," he said. "I knew it would make a lot of people happy."

Dylan added his only fear was that the shark would "collapse" on him, but now that it's done, he says it was all worth it!