On the outside, The New Eastside Market in Glenville may look like just another store, but its presence in this neighborhood holds a deeper significance. 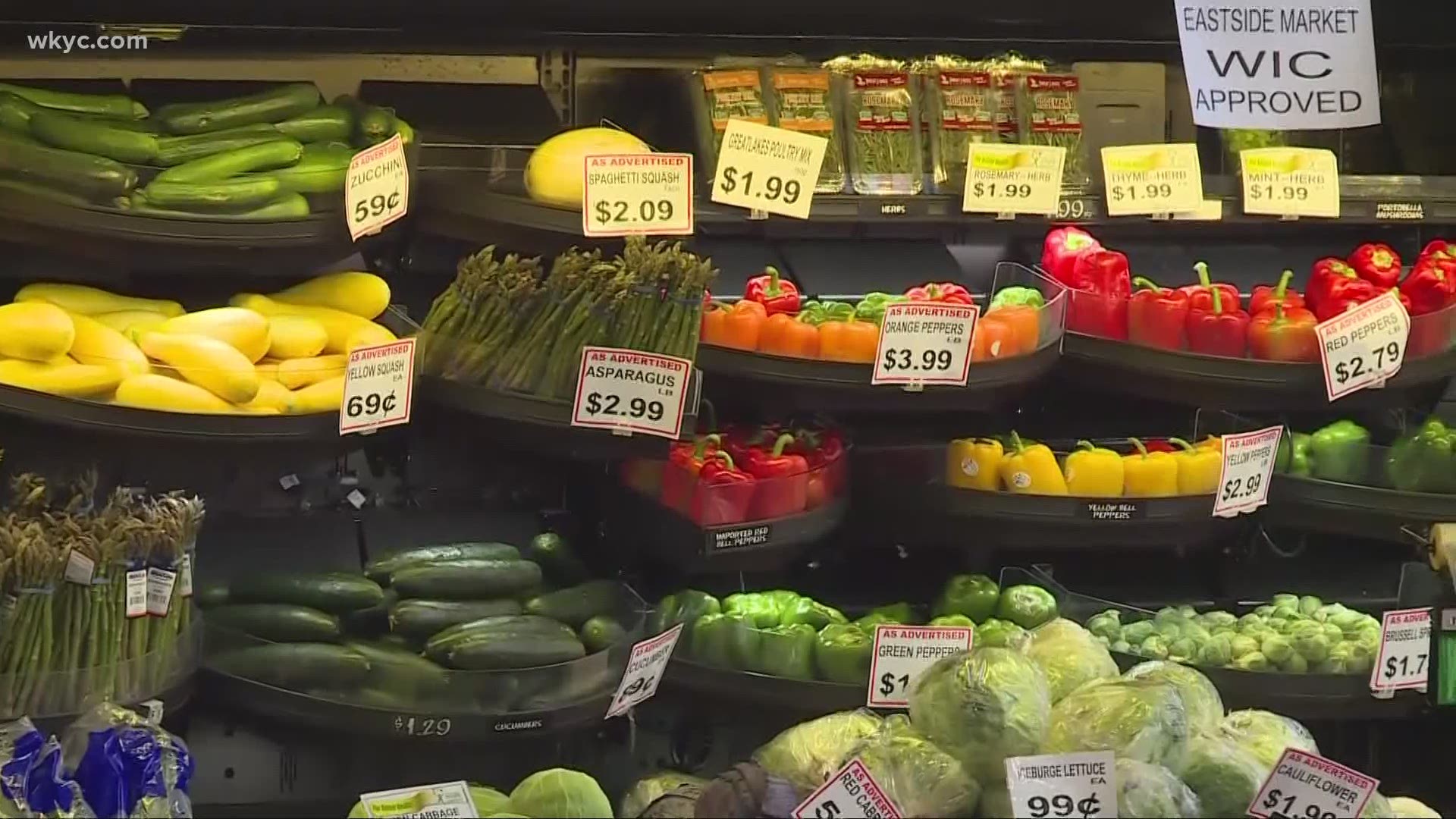 CLEVELAND — On the outside, The New Eastside Market in Glenville may look like just another store...but its presence in this neighborhood holds a deeper significance.

"I really like the service here and the fresh foods that they provide for the community," said shopper Brentton Willis.

"I love the market because we need it in the neighborhood," Howard Gooden said. "A lot of people can’t walk [far]. They don’t have a car."

Gooden makes a valid and important point. Cleveland's Glenville neighborhood is considered a "food desert" - which, according to the United States Department of Agriculture, is an area where people have limited access to a variety of healthy and affordable food. Not having that access could lead to other health challenges like obesity. It's why Northeast Ohio Neighborhood Health Services (NEON) stepped up to the plate.

"Some residents started complaining that they had to go too far just to buy an apple, and so being interested in providing community services we said, well then, we'll do something about it," NEON President & CEO Willie Austin told 3News.

NEON provides medical services and sees having access to fresh food as an extension of its mission. The original east side market fell on hard times and was closed, and the building sat vacant for more than a decade, Austin says.

In 2019, The New Eastside Market opened up but it faced some challenges on food prices and its former management.

"You could have bought a jumbo shrimp at three dollars a pound, whereas they had labels saying that a box of cereal was nine dollars," Austin explained.

NEON says it has fixed those problems and has recently seen sales increase. However, the issues associated with food deserts are nothing new, and certainly not unique to Glenville.

Darcy Freedman, PhD MPH, is a professor at Case Western Reserve University's School of Medicine, and the Director of the Mary Ann Swetland Center for Environmental Health. She's studied issues of community nutrition and health equity and explains this is a pattern we've long seen on a national scale.

"African American communities and low-income communities tend to be less likely to have a full-service grocery store within their area," she said.

But Freedman notes, the root causes are complex.

"Through policy, we segregated how people live in our country and that segregation not only influences who's living where, but also what are the resources available in that space," Freedman said.

But food deserts aren’t only in predominantly Black and Hispanic neighborhoods. A lack of access to food can be found all over Northeast Ohio in places like Akron, Lorain, Elyria, and even parts of Ashtabula.

"[Nationally,] we have high rates of food insecurity," Freedman explained.  "About 1 in 10 people are food insecure....and in Ohio, we're actually above the national average,"

It is part of the reason why Freedman believes that by focusing on the problem of a lack of accessible places to shop for food, misses the true point.

"A new term is really being recommended, and that term [is] food apartheid," she said. "Food apartheid, representing the complex web of forces that are structuring where food stores are placed, why they're placed, [and] all of the decision makings historical and contemporary that influence this pattern."

So how do we fix the problem? Freedman says it is important to ensure the people who live in the community have a seat at the table and offer solutions.

"I think one of the risks of food enterprise development is it can be seen as a an early warning sign of gentrification...we have to realize that because everything's connected, something may have an unintended consequence that we didn't think about."

RELATED: You are not alone: Finding mental health support in the Black community throughout Northeast Ohio

For its part, NEON hopes to ensure everyone is at the table to ensure it is helping address the problem and hopes to be a model for other communities. Austin says they plan to expand the store by adding household cleaning products and over-the-counter medicines. Further, they plan to move further into the wellness space - with plans to open up cooking demonstration classes and health care services soon.

It is all an effort to ensure Glenville is no longer a desert but a thriving neighborhood.

Austin says NEON hopes that the New Eastside Market will help lead the way for similar efforts in other communities.

"We think we have struck on something that is a good model to follow."