Getting out of the house had been next to impossible for Judith Horvath and husband Gary. But as the rain came down, a random act of kindness was being built up outside their home. 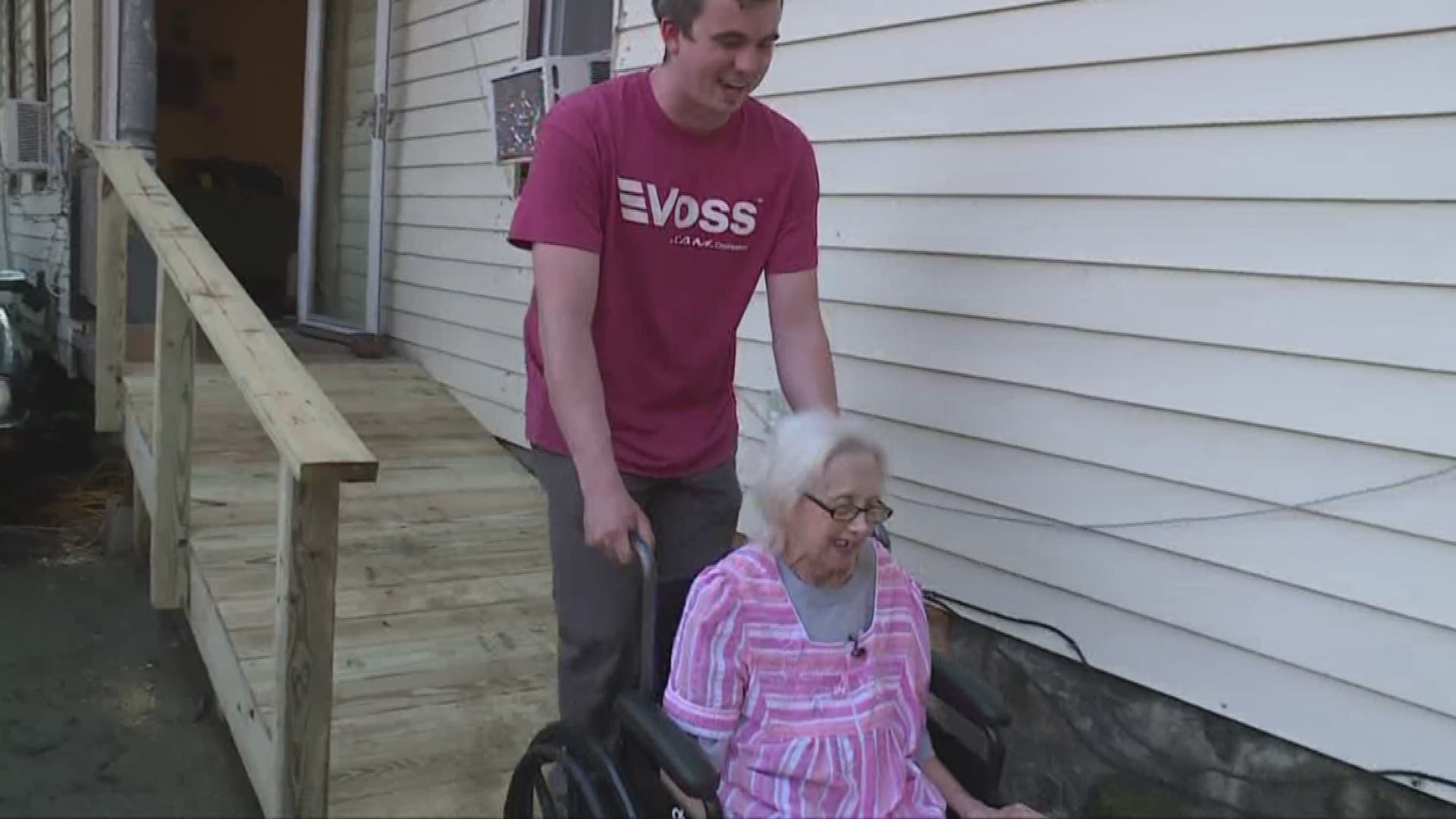 Cleveland — 71-year-old Gary Horvath is a boxer, born and raised Cleveland's near west side.

"I walked into the gym when I was 12-years-old and I never left," Horvath says smiling.

Gary is dubbed 'The Pope of W. 25th Street' because Old Angle gym is much more for neighborhood kids than boxing.

“We have about 100 kids a month because we are free. It costs the kids nothing and they learn things other than boxing, like how to be strong mentally, physically and spiritually. They learn nutrition, personal hygiene. You know they're tomorrow's leaders, so hopefully we turn out a champion. Either a boxing champion, or kids who are champions in whatever career path they chose," Horvath says confidently, knowing it’s been working for years.

No one knows Gary's good heart better than his wife Judith.

5 kids and 17 grandkids later, Gary is still the love of Judith's life.

"He'll see someone who needs help and he'll help no questions asked. But you don't see much of that today, which is sad," says Judith from inside their home on W. 26th St., where they raised their kids.

But Monday, right there as the rain came down, a random act of kindness was being built up outside their home.

For Judith, getting out of the house with a recent dislocated knee and hip replacement had been next to impossible.

“I have to get out for doctor appointments and it’s scary," says Judith.

The steps out of the house to the driveway made it nearly impossible.

Gary explains, "I'm not as strong as I used to be. I saw the struggle with the wheelchair and thought, 'oh! we're in trouble'."

Then good samaritans from Voss Industries, just across the street from the Horvaths, stepped in to save the day.

Adrian Movrian, Head of Maintenance for Voss, said it was a no brainer. “What would it take for us to build a wheelchair ramp? It would cost next to nothing in materials and take like what? Half a day? So, that's what we did. We built a ramp for them. They deserve it." said Movrian.

"I'm shocked. I really did not know that there are people in the world still who think like we think! I love each and every one of them for helping." Judith said.

When Adrian took her for a test run down the ramp in her wheelchair, she said “OHHH! So much easier. Oh! Thank you! so much! It’s a blessing. No stopping me now."