Vicki and Steve Kotris are the husband and wife team behind the new music-themed ice cream shop and the Cleveland Cookie Dough food truck. 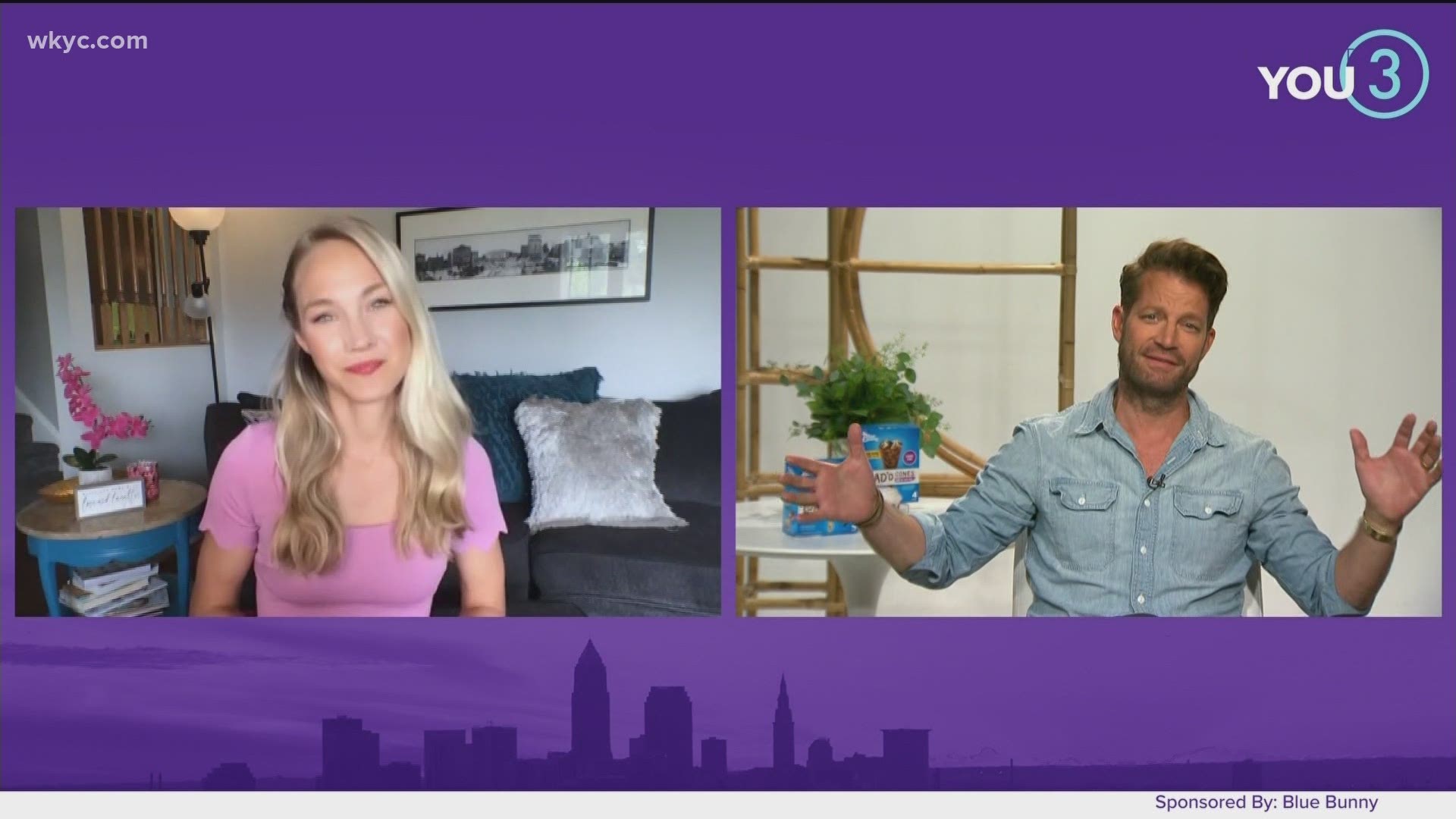 Sometimes, life is about chasing your dreams. For Vicki and Steve Kotris, that meant taking a leap of faith – to leave their corporate jobs behind and start their own business.

"We wanted to do something different," Vicki explained. So in the fall of 2018, Vicki, who was working in software sales, and Steve, a CPA, decided to start a side-business.

"We love food, we love festivals....[so] we bought a food truck," Vicki said.

After trying edible cookie dough on a trip to NYC, the Kotris knew they had found their concept - and Cleveland Cookie Dough was born. But as Vicki says, it was challenging from the start.

"Just about everything wrong that you could think of happened," she laughed. "I mean, breaking down on the side of the highway, tires blown out... it took us three months to get the title transferred. Like we had every issue you can think of."

Between the learning curve and the long hours the Kotris' were putting in on their new business, obstacles were plenty. And then came Covid.

"And probably pretty much every single event we had got canceled," Steve explained. "We kind of went back to the drawing boards and we've kind of changed our whole business model and started doing neighborhood pop-ups."

The Kotris' got creative, and decided to focus on booking their truck for block parties and neighborhood get-togethers. And despite uncertain times, these dreamers decided to move forward on a second concept - Remixx Ice Cream + Cereal Bar.

"What we tell people when they come in is they get to be the DJ of their own dessert," Vicki said.

So how does it work? Well, it all starts with vanilla ice cream. Then you can add the cereal of your choice - the shop offers almost every variety you can think of - as well as "mixx" ins like brownie bites or pop tarts, and top it all off with a special drizzle. You can choose to have it made as a cup, cone or shake.

"We lived two blocks from here and we've lived here for a long time and we've always said, God, wouldn't it be nice if there was an ice cream store in our neighborhood," Vicki recalled.

That vision now all comes together in one incredibly delicious treat.

Despite happy customers and a strong social media presence, there’s no denying Vicki and Steve have had their work cut out for them, yet again.

"Getting our name out there when we finally opened last year in September was way different than what we had thought, because everything was delayed...getting equipment, getting labor, everything was, was really difficult," Vicki said.

But despite the obvious challenges - Vicki says, having fun is an essential ingredient to their recipe for success.

"I think when we initially started this, we wanted to do something fun for ourselves. And then I think what happened is that chain reaction of it being fun for a lot more people."

Steve also credits their partnership as essential in keeping both businesses thriving.

"Vicki and I play off each other so well. And she has so many strengths and that are my weaknesses. And I have strengths that are not her strongest suit," he said. "Vicky dreams big. I pumped the brakes and we've ended up somewhere in the middle."

One very sweet reward for chasing their dream.

"It's kind of what we always thought that it could be. Like, we always wanted to be a focal point in this community," Vicki said.

Steve says, at the end of the day, it's all about staying focused on your goals.

"Even if it's starting off small and just doing it at nights and weekends, you just gotta make that first step because it's your dream. And no one else is gonna push you."