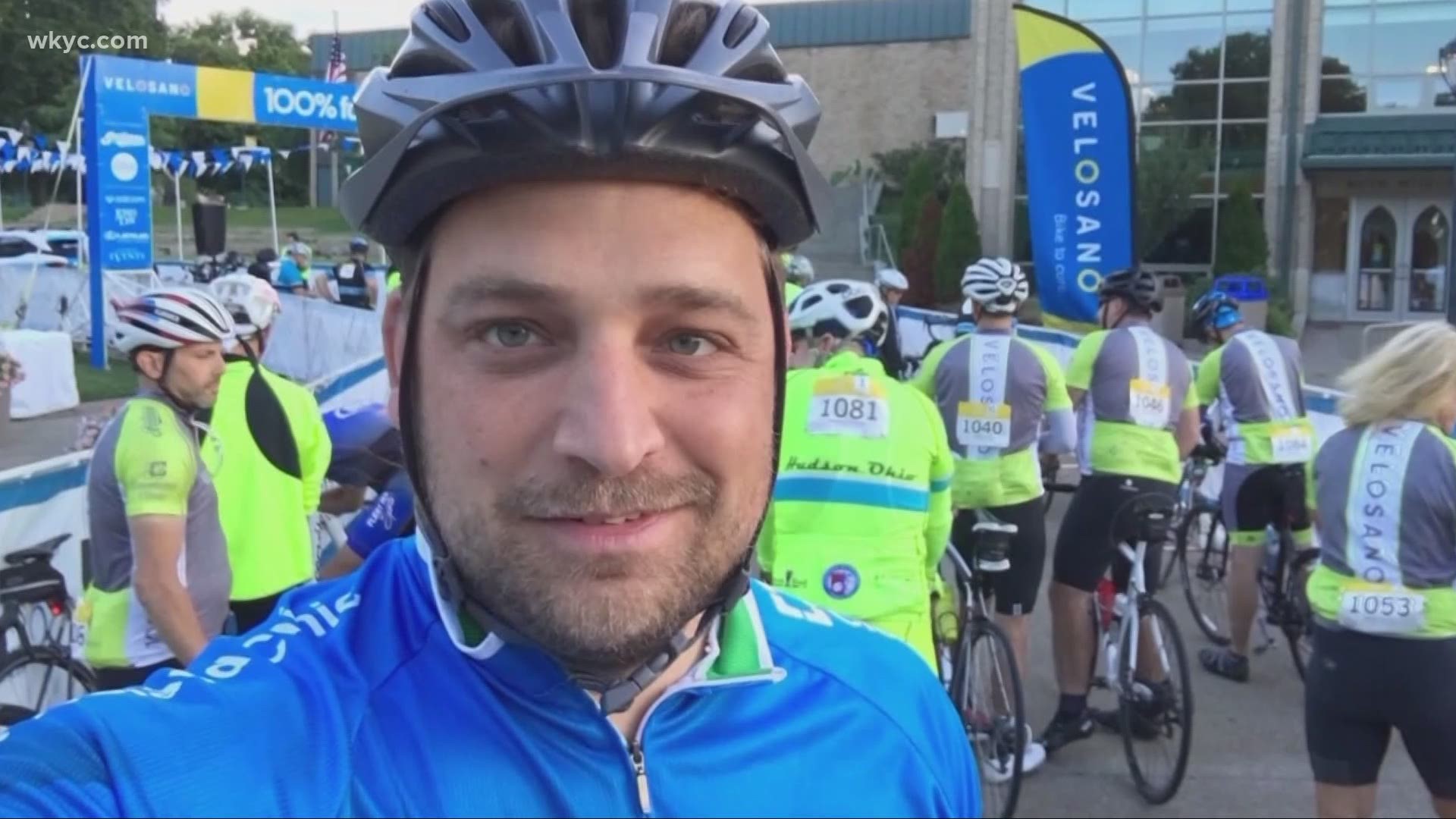 CLEVELAND — Chase Smith, a standout swimmer from Indiana, has been waging a battle against another opponent for the last 7 years.

When he was 13 and attending a national elite swim camp, Chase had a painful cramp in his leg that wouldn’t go away. He also noticed some swelling. Once home, tests revealed a frightening diagnosis: cancer.

Chase’s cancer, although rare, is more common in children than adults. Ewing’s Sarcoma is most often found in the bone, sometimes soft tissue. Chase’s cancer was in remission twice. But earlier this year it came back with a vengeance.

In April, doctors gave the Indiana teen 3 to 5 months to live after finding tumors near his brain.  With their families’ blessing, Chase and his girlfriend Sadie, still in high school, tied the knot in a story that gained national attention and brought well-wishes from around the globe to the young couple.

After, Chase started a new experimental radiation treatment with Dr. Jake Scott from the Cleveland Clinic. Dr. Scott is a radiation oncologist, specializing in Ewing’s sarcoma.  He has made it his mission to find new and better ways to attack this disease. “I kept seeing these kids. And it started meaning more and more to me to fight this disease,” Dr. Scott told us when we talked to him via Zoom.

The doctor spends much of his time in a research lab, using a blend of math, science and investigative skills to find expose a weakness in cancer cells. Scott is the recipient of VeloSano Pilot and Impact awards, funding research and treatments that can improve the outcome for patients like Chase.

“Chemo has actually worked pretty well against (Ewing’s sarcoma), until it doesn’t. And so learning that process, and understanding that evolutionary process by which those drugs start to fail is where we kind of come in,” Scott says explaining that at some point this type of cancer can become immune to therapies that worked before.

Dr. Scott has also taken his fight against this insidious disease to the road. Once again, he and his teammates on Taussig’s Cyclotron Team will do a 2-day ride, in smaller groups this year, to remain safe amid the pandemic.

“For me, getting up on a bike, no computer, no pager, just really thinking and working hard for a cause is meaningful stuff,” Dr. Scott said.

His work, inside the hospital, and out on the road, bringing us closer to finding a cure for patients like Chase.

Since 2014, VeloSano has raised $21 million dollars for research, trials, and treatment at the Cleveland Clinic. One-hundred-percent of all money raised goes directly to the effort, not overhead or administrative costs.

It's not too late to get involved. You will find more information here.

RELATED: Cleveland Clinic's VeloSano goes virtual in 2020: How you can still participate in the fundraising ride