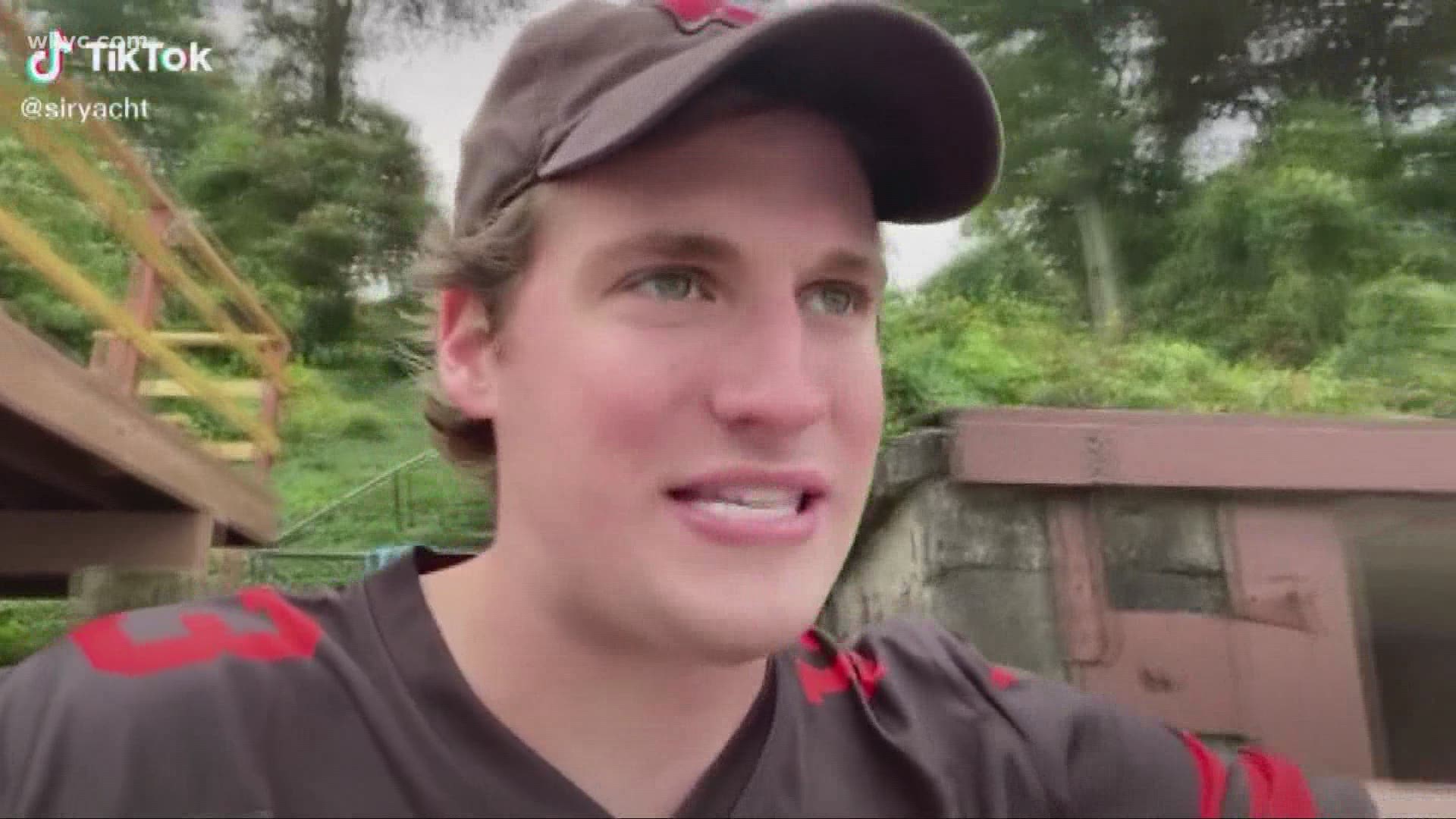 ROCKY RIVER, Ohio — His birth name may be Joey Kinsley, but on the internet you know him as "Sir Yacht." The self-proclaimed CEO of Ohio is a man of many interests. He's a musician, TikToker and one of the latest contestants on Food Network's Worst Cooks in America.

"I started making Ohio TikToks during quarantine last year," said the 27-year-old Rocky River native. "I wanted people to know what my niche was, so I put in my bio that I was the CEO of Ohio as a joke. Then it went a little too far and now I can't go back."

Since the pandemic began, the Ohio comedy videos have gained him more tha 350,000 followers on TikTok with millions of views.

"Ohio is the 7th most populated state for a reason," Kinsley said. "I poke fun at things, but I also try and bring some good representation to the area."

And now, it has become his career.

"I started going to Marietta, Amherst and a bunch of other places. I started monetizing it and it's what I do full time now."

Before he was posting videos of himself eating a full lemon or jumping in a freezing Lake Erie to celebrate a Browns win, Joey was working a normal job.

"I was working in sales and marketing for like four to five years," he said.

Plans changed when COVID hit. He was let go from his job, forcing him to make the jump into content creation, something he always dreamed of doing.

A gamble that has paid off, even landing him on the last two seasons of Food Networks Worst Cooks In America -- even getting the chance to learn from Clevelander, Michael Symon on the show. Opportunities that might not have happened if it wasn't for his videos.

"I get to be the boss of my own life. I get to go do things and have a bunch of fun," he said. "My job right now is to go out and promote towns and have fun doing it. It's something I never thought I'd do in a million years. It's just a lot of fun."

You can follow Joey on all social media platforms @siryacht.