The powerful music from Darrius Simmons comes from just 2 fingers on his right hand and one on the left. 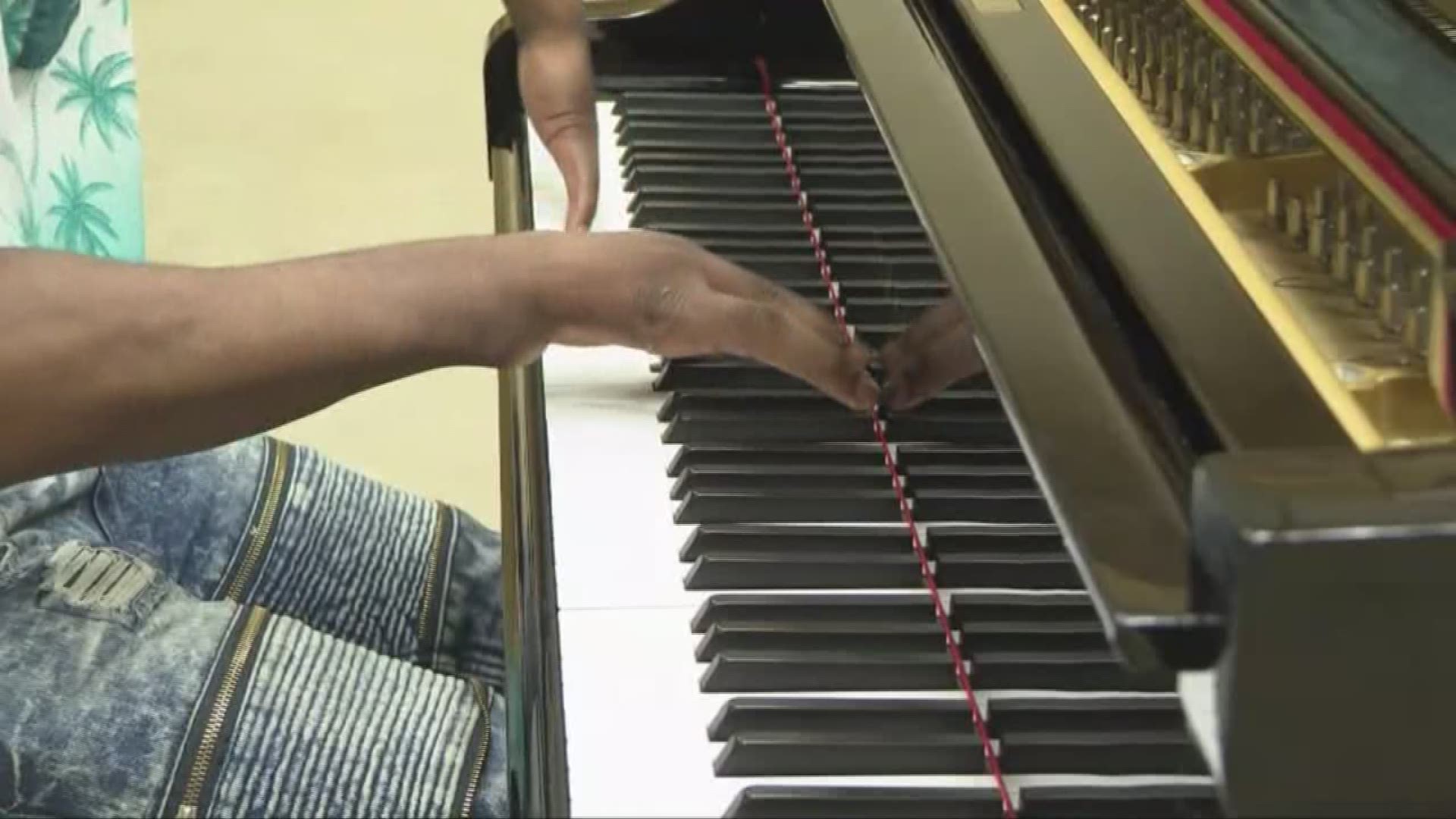 When Darrius Simmons speaks through piano keys, the message is clear.

There are no words needed.

That's why this talented teen from Warren is burning up the internet with a video that's on it's way to more than 2 MILLION VIEWS.

"Certain melodies just come up into my head," Simmons explains.

He is a self-taught, 17-year-old junior at Warren G. Harding High School in Warren.

It is nothing short of awe inspiring to be by his side, in person, to see and hear Simmons roll out his talents so effortlessly.

It comes from just 2 fingers on his right hand. One on the left.

That's all Darrius Simmons has to work with. A few fingers where his hands should be.

It's a birth defect that never crosses Simmons' mind when he's mastering the piano and turning out amazing music.

He all but dismisses the birth defect when I asked him about it, saying, "I really don't know that much about it, honestly."

That from a teen who since he was a kid, never asked "Why me?"

Darrius Simmons was too busy figuring out how.

How to translate the beautiful tapestry in his head into songs like his latest composition, "Dreams Never Die." No time to acquiesce to a "disability."

"I just looked at what people did and I just copied it. I found out my own way to work around it," Simmons says, matter-of-factly.

He's been working on "Dreams Never Die" since December.

He started composing his own music his freshman year when Korean pianist Yiruma invited Simmons to play with him at Carnegie Hall.

Darrius was 15-years-old at the time. He was inspired right then and there at Carnegie Hall to create the music that's already has millions in awe online.

Simmons says, it's all because Yiruma challenged him to do it.

And then there's this: At 18-months-old, he had both of his legs amputated.

"He still makes me go WOW!!!," this mom says, as a big ol' smile spreads across her face.

"I was so worried for him when he was born. But he took off crawling and when he could talk, the most you would ever hear him say is, 'I can do it! I can do it!' I knew it would be fine and he's proving it," she says.

Glaringly obvious is the fact that Warren's Darrius Simmons is on an amazing trajectory to a See The Possible future.