The Power of Healing: Uniting through song 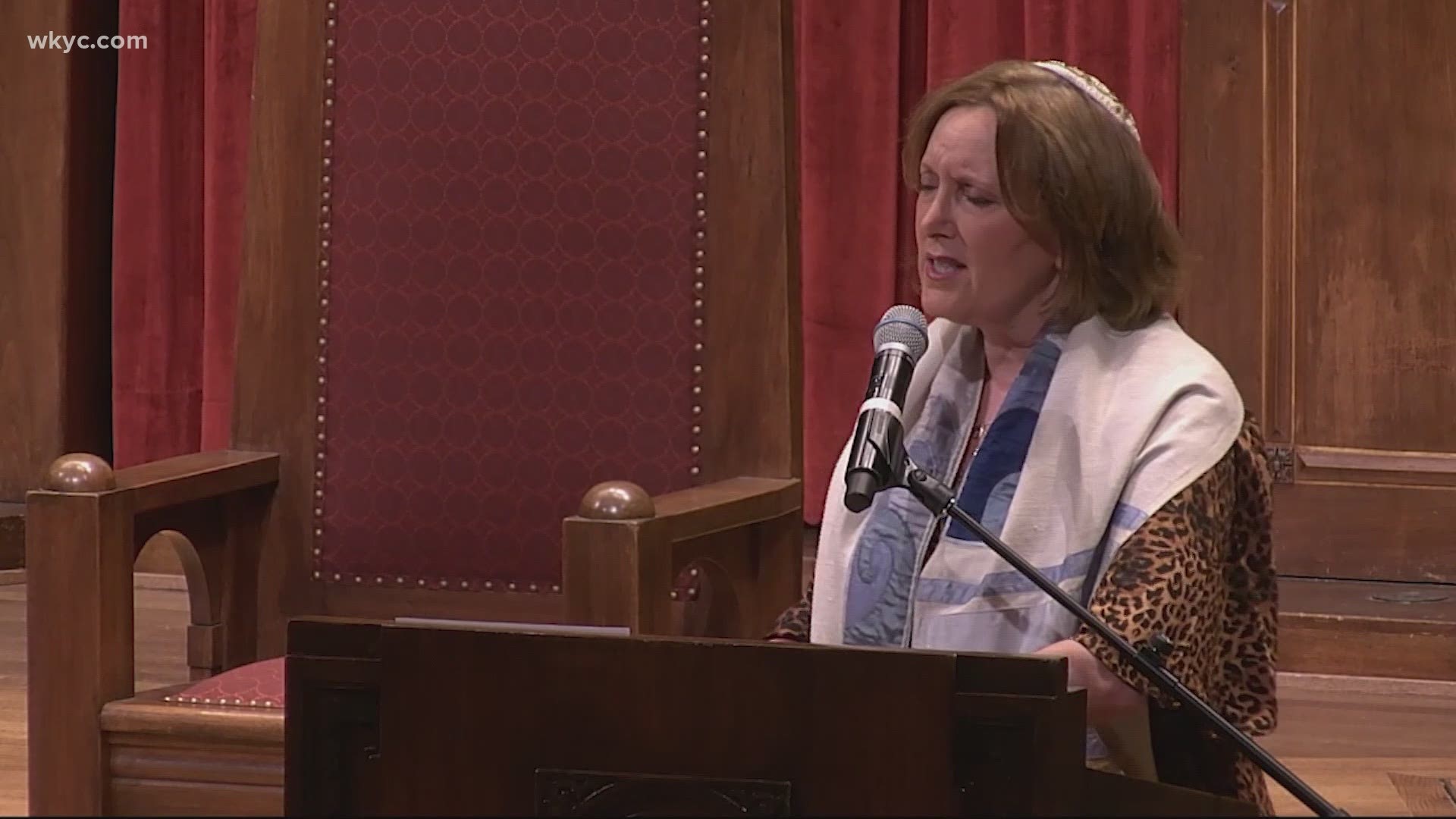 CLEVELAND — When it came time for Cantor Kathryn Wolfe Sebo to prepare a service for The Temple-Tifereth Israel in honor of Dr. Martin Luther King Jr., she planned a special collaboration with her friend Tina D. Stump that reaches back to King's movement.

"At the time of the civil rights movement, during those years, there were a number of Jewish leaders who walked arm-in-arm with Martin Luther King," Sebo said.

Sebo and Stump, a member of Mt Zion Fellowship Church, have been friends for decades - they first met through community theater productions. Stump says she didn't hesitate when Sebo asked to collaborate on a pre-recorded performance of "Lift Every Voice and Sing," and "We Shall Overcome," for the Temple's Friday night Shabbat service.

"We're the descendants of two groups of people that have survived struggle, that have been oppressed. We believe in love and justice and unity and family," she said.

And their song selection for this collaboration reflects this. Not only did they come together across faith and racial lines, but their version of "We Shall Overcome," blends cultures as well, with some of the lyrics sung in Hebrew.

"There's a lot of similarities between the Jewish American journey and the Black American journey, and so to be able to sing that song with [Tina] both in English and in Hebrew, it was it was inspirational," Sebo said.

"It speaks of hope, striving for the right and seeking justice. That's where we are today," Stump added.

And with our world in so much current division and turmoil, and things like the insurrection at the Capitol in the forefront, the need to overcome hate with love has never been stronger.

"You see people carrying a confederate flag and you see people wearing t-shirts that say camp Auschwitz or t-shirts that signify six million [Jews] wasn't enough," Sebo said. "It's hard to believe that in the year 2021, that we are still in a similar place and...if we don't join and unite with our brothers and sisters of all colors and all faiths then who will be there to stand up for us?"

"Instead of saying what's different about us, instead of seeing what we disagree about," Stump said, "Let's see where we have a common ground, let's see how we can work together. As long as there's breath there's hope. With every sunrise there's a chance. We can't give up hope."