Dwayne 'The Rock' Johnson shared a special video message with Matt Loede after learning about the Cleveland sports reporter's battle with cancer. 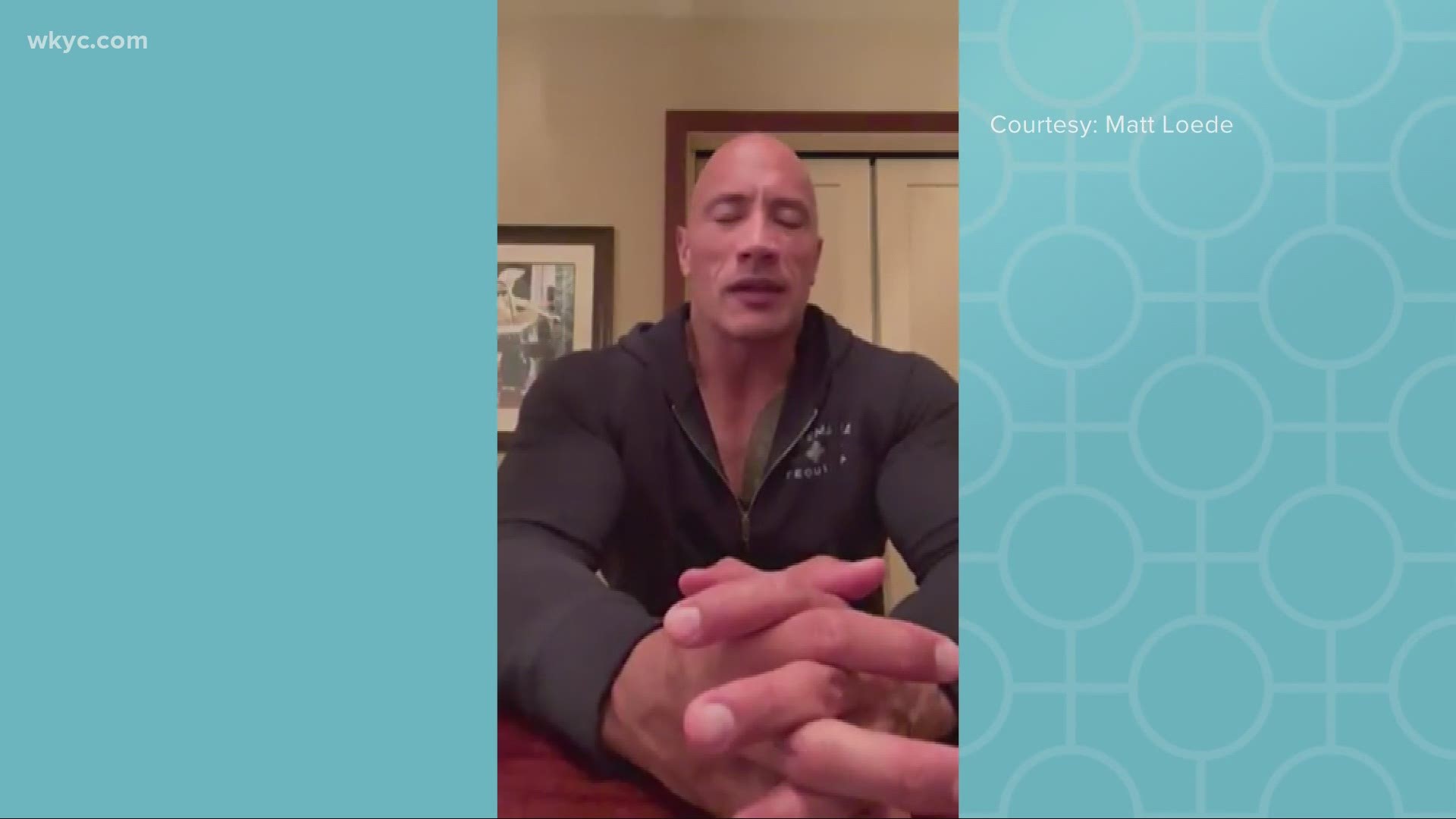 CLEVELAND — It was the type of video Matt Loede had to play twice – to make sure it was real.

“I had to watch it twice to make sure it was intended for me,” said Loede.

Dwayne “The Rock” Johnson shared a special video message with him after he heard about Loede’s story.

Loede, a longtime Cleveland sports reporter, was diagnosed with stage 4 lymphoma in 2019. And most recently, he spent time in the hospital with COVID-19.

“Thank you for being a fan, number one,” said Johnson in the video sent to Loede. “But most importantly I want to tell you to stay strong. You are a fighter.”

In the video, Johnson said he received a message from the his team after a friend of Loede’s reached out with his story.

Loede said he was “overwhelmed” and appreciated the kind words from Johnson.

“For him to take three minutes of his life, it’s overwhelming,” said Loede. “And really what it does for me is it shows that he’s willing to go the extra mile.

Loede posted the video on Twitter – and again – it caught Johnson’s attention.

I won’t say much about this but I read an email last night that moved me and immediately turned my phone around and sent this back to my team. Didn’t expect to see it on my Twitter feed - I’m happy I did. Now millions can see what a real fighter looks like.
Stay strong, brother. https://t.co/4N4tGPsNQq

“That was really cool because again, it shows that it wasn’t just a one and done thing,” said Loede. “It really showed that he caredto then turn around and respond again. That was really neat and I really appreciated that.

Family, friends and people around the community have rallied around Loede to offer support. Fundraisers have been held to help pay for medical bills.

But Loede says it just takes a small action, like sharing a few words, to truly make an impact in someone’s life.

At the end of the video, Johnson went on to say that Loede has inspired many people, including himself.