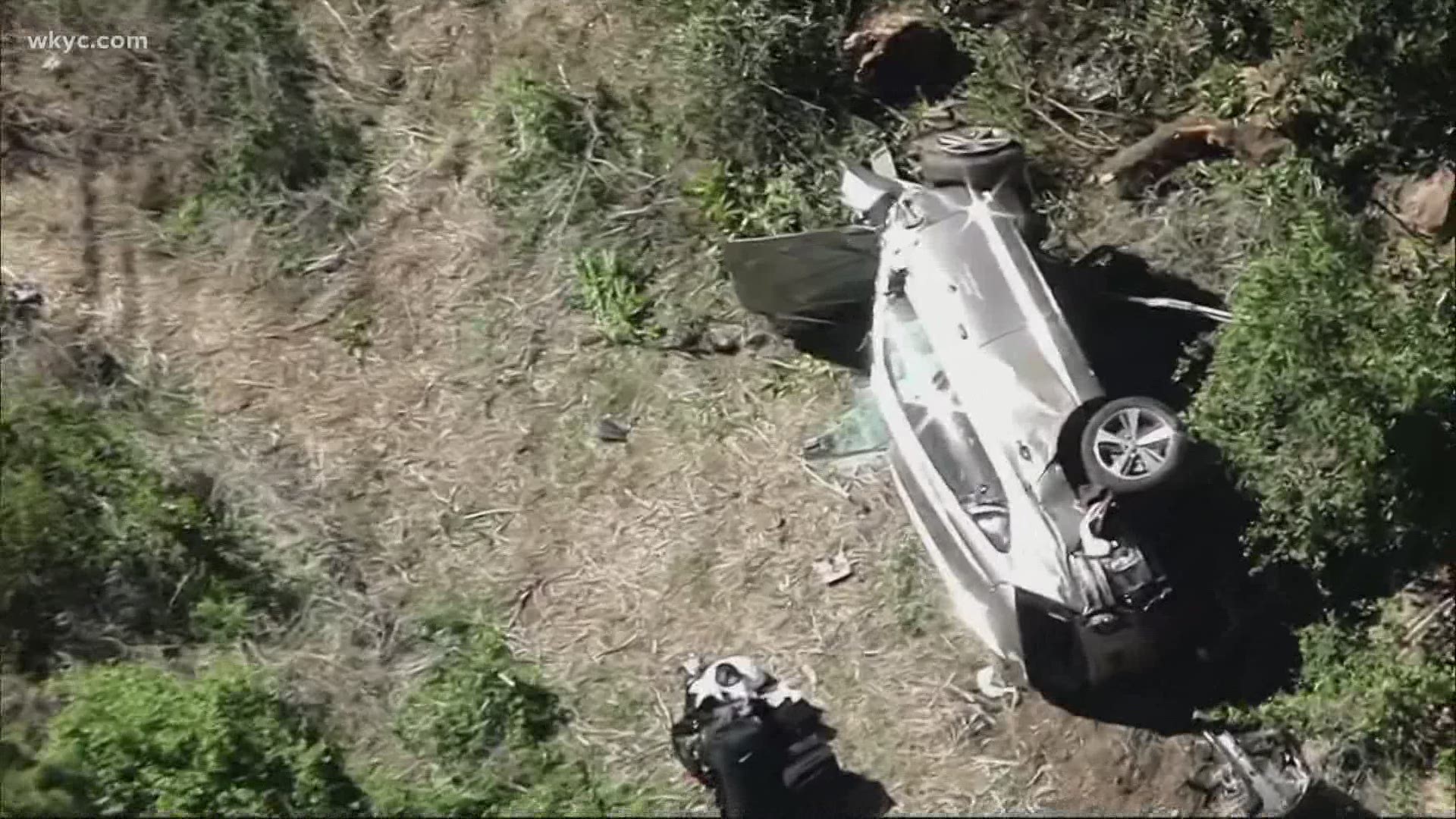 CALIFORNIA, USA — On Tuesday, Tiger Woods was hospitalized after suffering "multiple leg injuries" during a rollover crash in California. According to the Los Angeles County Sheriff's Department, the crash occurred just after 7 a.m. near the border of Rolling Hills Estates and Rancho Palos Verdes.

The 45-year-old year was the only passenger in his vehicle at the time of crash and officials had to use to " jaws of life" to rescue him from the wreckage. Woods is currently undergoing surgery for his injuries, his agent Mark Steinberg told Golf Digest's Daniel Rapaport.

According to reports, his injuries are not life threatening.

Well known for his athleticism and more than two decades in the spotlight, fans and supporters of the longtime golfer took to social media to express their thoughts and support after the news was released.

We've compiled some of the responses below:

Statement from Donald J. Trump, 45th President of the United States of America:

“Get well soon, Tiger. You are a true champion!”

Actress and entrepreneur, Jada Pinkett Smith expressed her prayer and support for Woods  after spending time with Woods the day prior saying, "Don’t take not even a MOMENT for granted! I know you’re good because your Tiger within is a beast!!!"

Prayers up for the GOAT @TigerWoods who was in an accident this morning. Was just with him yesterday. Don’t take not even a MOMENT for granted! I know you’re good because your Tiger within is a beast!!!

Everyone send your prayers out to Tiger Woods! He was just in a bad car accident. Let us all pray for his speedy recovery 🙏🏾

Prayers are with you @TigerWoods pic.twitter.com/03VISwaTVi

In an interview with CBS Sports HQ, an emotional Justin Thomas reflects on hearing the news saying, "I just hope he’s alright. Just worried for his kids."

An emotional Justin Thomas reflects on the news of Tiger Woods' crash:

"I just hope he’s alright. Just worried for his kids."

The Minister of Foreign Affairs of Republic of Turkey offered his support to Woods saying, "Look forward to watching you on the courses and playing together again."

Dear Tiger, so sorry to hear about your car accident. Wish you a speedy recovery. Look forward to watching you on the courses and playing together again. ⛳️ @TigerWoods pic.twitter.com/QD3WHKT6OG