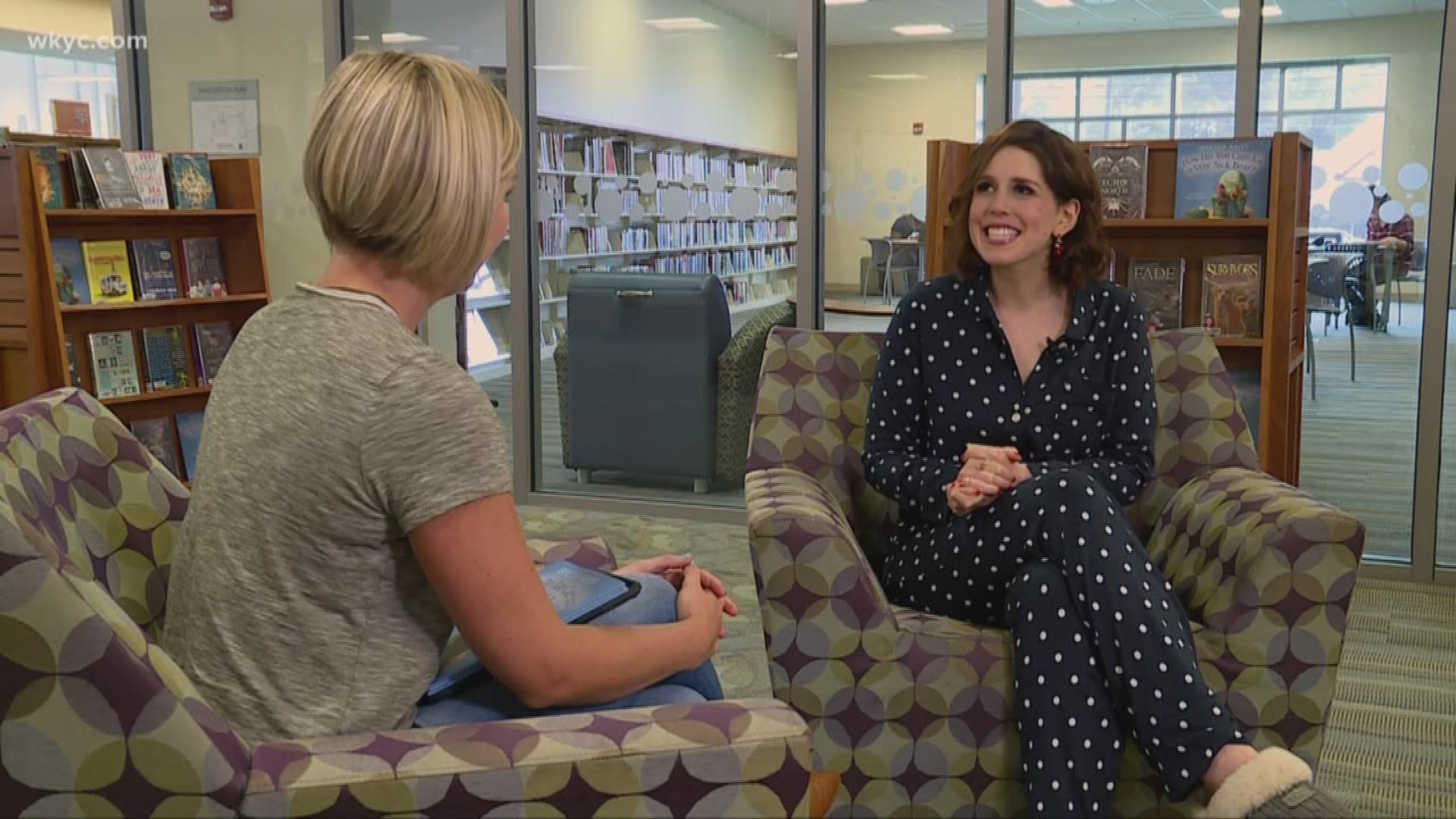 You know Vanessa Bayer from her long-running stint on "Saturday Night Live," and for hit comedies like "Trainwreck." But long before her onscreen success, she was a regular kid growing up in the Cleveland area.

WKYC's Sara Shookman recently sat down with the star at a pajama party book event at the Parma-Snow Library.

"When I was 15, I was diagnosed with leukemia and that was such a difficult time. But also something that I really noticed, that was really helpful for me during that time, was the support of my friends and family who rallied around me," Bayer said.

She's written a new children's book "How Do You Care for a Very Sick Bear," inspired by that chapter of her life.

"I wanted to write this book because I wanted to say to kids, and adults too, who don't know what to do when they have a friend who's sick or going through a difficult time...when someone's sick the best thing to do is to reach out to them," she told us.

Bayer says that when she was going through treatment at Rainbow Babies and Children's Hospital, she just wanted to feel like a normal teenager.

"When I got sick I still loved to talk about like the dumbest ninth grade gossip," she joked. "You still are the same person there's just some things that have changed."

Looking back, Bayer credits that difficult time in her life for her comedy success.

"Cancer doesn't sound very funny, but we found ways to laugh at it. My family was always really funny and laughing about it and I think that...really helped so much for us to get through that experience. I think that in retrospect it's why I became a comedian - because of how healing and wonderful comedy was while I was sick."

Bayer certainly found success as a comedian - starring on "SNL" for seven seasons. She left the show in 2017, turning a new page in her career.

"I had such a wonderful time for seven years at "SNL" but now...it's nice to kind of have that time to figure things out and you know I got to do this book which has been so wonderful and I'm I'm in the early stages of developing a show with Showtime so that's been really cool," she said.

Vanessa says she's not allowed to say much, but other outlets have reported it too follows her own life story: suggesting her character is an on-air host at a home shopping network, who overcame childhood leukemia to fulfill her dreams.

Bayer is now based in Los Angeles, but still makes plenty of time to get back to her hometown. One of her favorite local spots? Heinen's!

"I do love the salad bar at Heinen's...I mean have you ever seen a better salad bar?"