Many of our veterans suffer wounds from the battlefield that we can’t see — things like Post Traumatic Stress Disorder, or PTSD. Sadly for many, they believe the only way to stop the pain is suicide. But one veteran is taking a stance — with strides. Fox 15’s Lauren Wolfe was able to catch up with him on his journey. 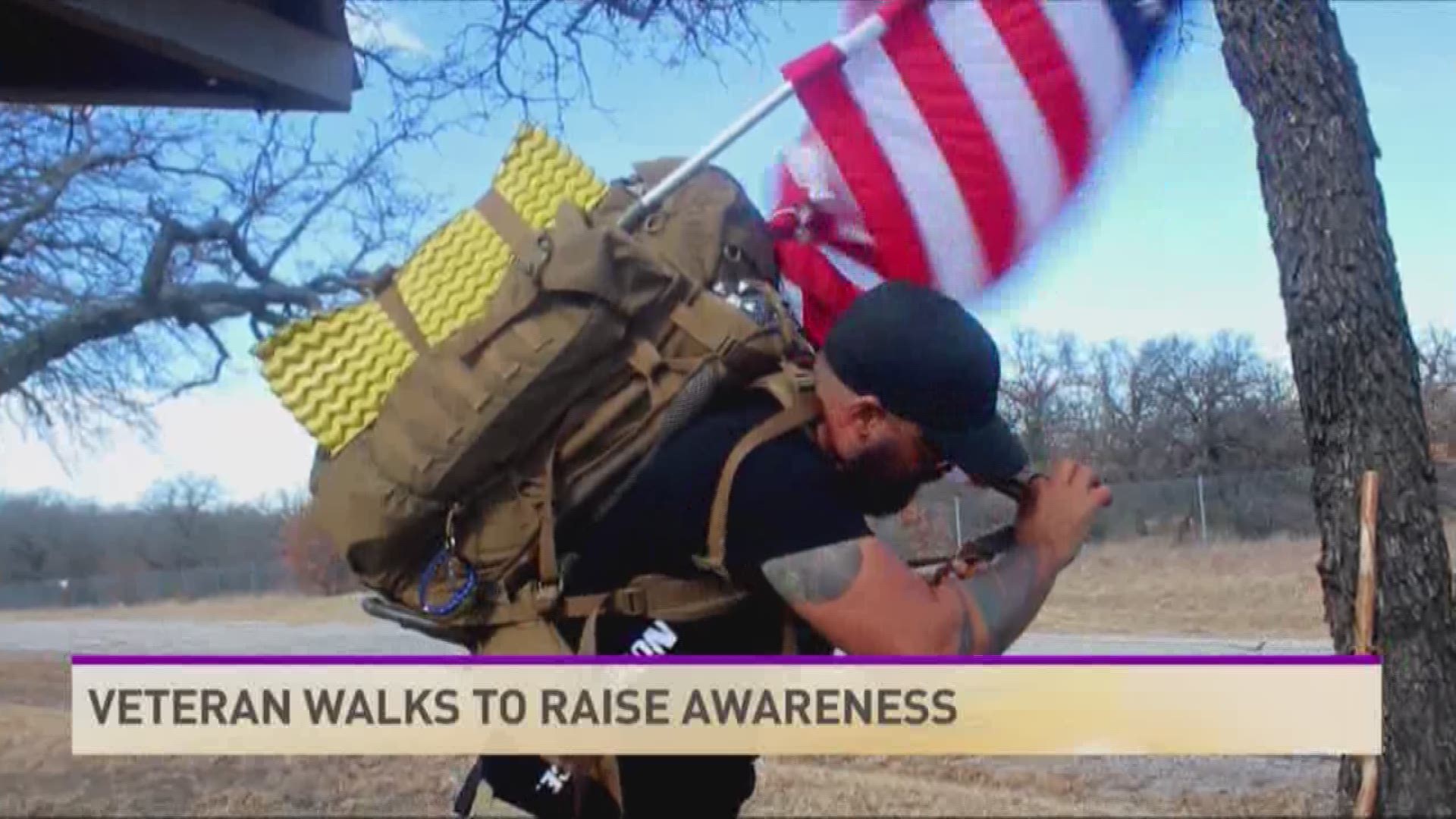 One man is doing just that — all for an important cause.

“There is a lack of education on what veterans go through.”

His name is Ernesto Rodriguez. He started his trip in Clarksville, Tennessee on November 11 — Veterans Day — and plans to trek all the way to Los Angeles.

He says many are unaware our men and women in uniform are suffering every day.

“There’s many people that I’ve actually spoken to that didn’t know the statistic that 22 veterans have committed suicide a day.”

And this veteran is no stranger to PTSD. He served four tours and lost comrades — but that doesn’t stop him fighting for his cause.

“We should wear it as a badge of honor. We got that PTSD because we served our country, and I believe now it’s time for our country to serve us. The VA and government is overwhelmed with how many people need help, so I think people need to look in before they blame out.”

Rodriguez is using social media to carry him through his long walk. He’s using the hashtag #ForThe22 because 22 veterans die in the United States each day because of PTSD.

Rodriguez is carrying plenty of company on his broad shoulders.

So, with 60 pounds on his back and an American flag waving behind him, Rodriguez has one message:

Rodriguez will be arriving in Abilene within the next couple of days. So, keep your eye out for that flag!