Want to learn how to successfully change careers?

We have the strategies and stories from people who made it happen. 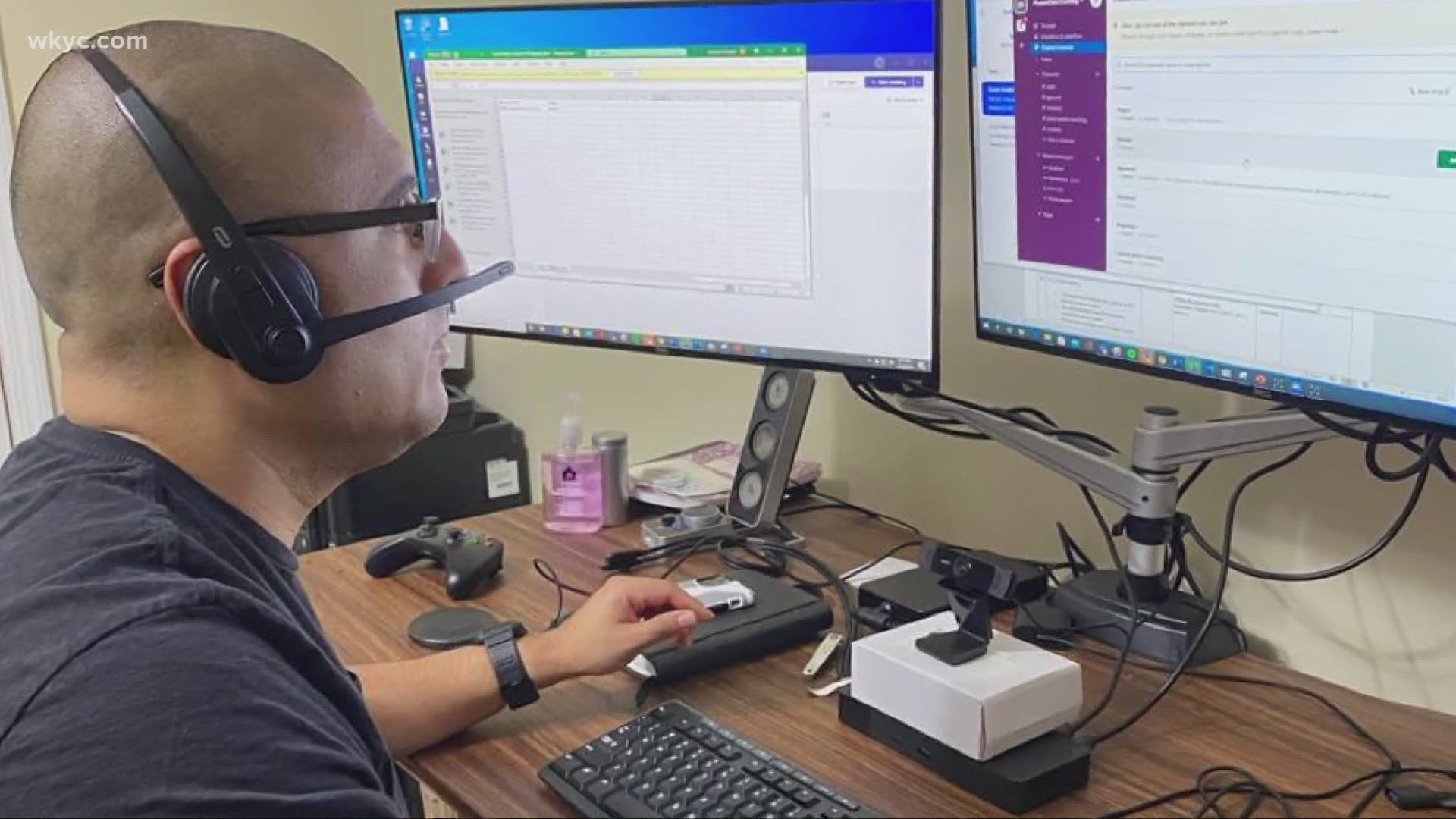 CLEVELAND — After 13 years, Germanico Garzon got the news he never expected. He was being let go from his job as an Integration Specialist with a finance company. It’s kind of like Information Technology meets customer service, where he would mentor the new employees on how to implement the company’s systems for its customers.

After he was pink slipped though, he didn’t have the reaction most people would have.

“Most people at that time would say, ‘Oh my gosh, this is probably the worst day of my life’, or they don't know what to do. Honestly, for myself, it was one of the best days of my life,” he told us.

That mindset was even more surprising, considering after months of searching for a new spot, he couldn’t even find something outside his field.

“I've reached out to so many companies…a little bit of sales, I applied to fitness places, hospitals. And I tried everything to see if anything would hit,” he explained.

Fortunately his former employer offered outplacement help. But during those sessions he found finance wasn't his only calling.

“I actually moderated the entire group, not knowing that I was actually doing that,” he said. “And even the moderator then told me, ‘you know, you might be good for coaching’.”

Transition Coach Nancy Karas got Germanico on track by teaching him, “Now it becomes a journey and an adventure that, ‘Oh my gosh, in the middle of COVID, I'm going to not only figure out what direction to go, but I'm going to start doing something I really love’.”

Then came the heavy lifting.

“I had to do a lot of research. You don’t go into something really blind,” he explained. “So I used up my time searching, seeing which other coaching places are there, people around me that were coaches. And I asked them for advice.”

Since certification is a must, he took an intensive weekend course, then began networking and slowly started picking up clients.

Nancy says networking is the key to success.

"If I am a teacher or a coach or somebody who has an expertise, I would offer my services,” she explained. “You can do this for anything, whether it's an online business or it's mowing your neighbor's lawn or it's seniors who need help with shopping. Put it out there on social media. Let everybody you know, know that you are offering your services.”

Only a few months in, coaching can't match Germanico’s old pay. But ironically, after launching this venture, he was offered a job in his old field. So, he does finance during the day for added income, and has continued his coaching at night with his company called with his company Pivotal Point Coaching. He says if his business prospers, banking could take a back seat.

It’s proof, according to Nancy, that losing a job is not rejection, but a chance for redirection.

"We all forget our value just because we've lost our job. Just because you've lost your title or your paycheck, you haven't lost your substance."

If you have a great idea or skill, but don't know how to turn it into a business, there are companies out there who will help you for free.