A local man has taken it upon himself to help his neighborhood commemorate the lives lost at war for Memorial Day. 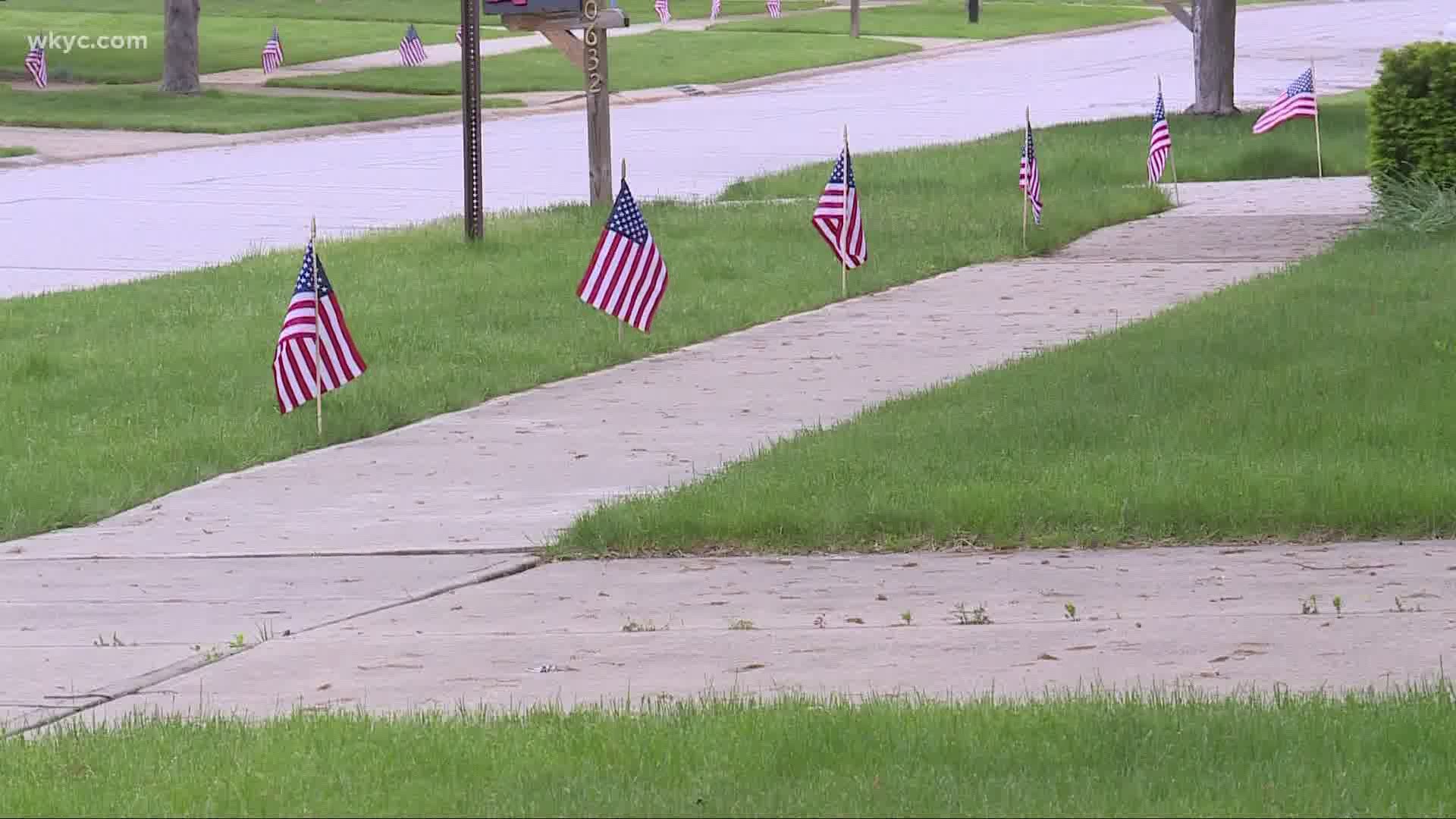 WESTLAKE, Ohio — Across northeast Ohio, people have found unique ways to honor our fallen heroes. One man in Westlake has taken it upon himself to help his neighborhood honor Memorial Day by planting flags along the streets.

“Honoring just those that have died in battle, it’s special” says Dennis Vollick. “It means a lot.”

US Navy veteran, Dennis Vollick has found his own special way to commemorate all the lives lost to war. He began with lining his house, then his street and now his entire Westlake neighborhood with American flags.

“We started with a few and the next year we did a little bit more,” says Vollick. “First year we knocked on doors asking if it was okay that we did it. The next thing I know, they’re buying flags and putting them on my porch. We had a couple hundred and went to a couple hundred more, so we just ended up expanding it and expanding it. It’s become a bit of a passion, I guess.”

They space the flags out based on the sidewalk, which makes it a little bit easier. However, it’s still no easy task. Dennis and his family placed nearly 1,000 American flags along the streets of his neighborhood this year. He says it takes multiple hours to get them all up, but planting them is the best part.

“We had a couple of our grandsons this year help us out there and some of the neighbors grabbed a few to put them around," say Vollick. "Half the fun is going around and putting them down. That’s the best time of it.”

“They serve as a great example for everybody that we do need to remember the military, not just on Memorial Day, but every day,” says Vollick’s neighbor, Jim Adler. “Literally, that’s what Dennis is all about.”

Vollick, who is a Vietnam veteran and a commander at his local VFW Post, says he’s hoping the flags remind people of the real meaning behind Memorial Day and how much it means to the families of those that gave up everything for their country.

“It just means everything to us, says Vollick. “As a veteran, you understand what people put out there and what they’ve given. It’s the most important day that we have, probably.”

RELATED: 'Bring honor to those who have passed' Buglers play Taps on front porches to honor fallen from home